The morning session was a productive one for the team, where the run plan focussed primarily on set-up, correlation and tyre work. Minus a short trip across the gravel for Stoffel, the session ran smoothly and the team completed its planned run programme. 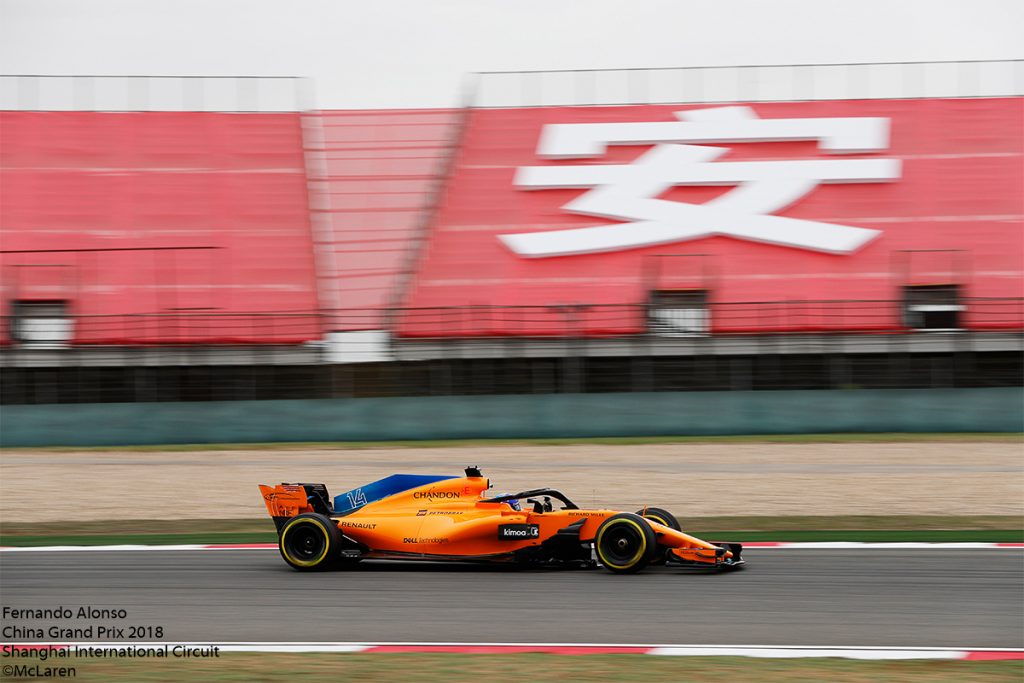 In the afternoon, the team focussed on the normal set-up correlation and longer runs in preparation for the weekend ahead. Again, both sessions were productive despite the impending threat of rain out on track. 15 minutes before the end of the session, Stoffel was released from the box with a loose rear right wheel, the cause of which the team is still investigating. The rain finally began to fall five minutes before the chequered flag, at which point the team opted to put Fernando on Intermediate tyres to gather data on the conditions in the event of similar conditions on Saturday or Sunday. 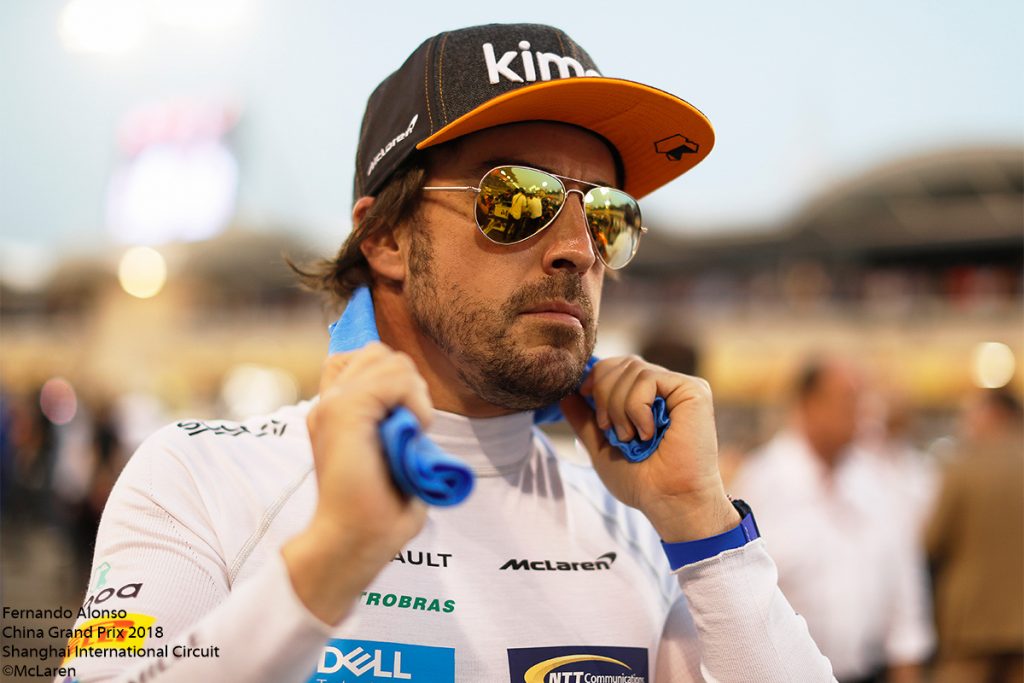 “The first session today was primarily spent testing some new parts we have on the car, while in the second session we focussed on the tyres. Since the degradation here is quite high, especially on the front tyres, it was important for Stoffel and me to test both compounds.

“We also managed to check the car in wet conditions, on Inter tyres, even though it was only for a few minutes at the end of the session. It’s always good to have an idea of engine mapping and everything else, which is different in the wet.

“We’re expecting good weather for the race – dry, sunny and wind blowing in a different direction – therefore not very similar conditions to today, so on Sunday we’ll need to improvise.

“We completed all the items on our programme and now we need to go through all the data and find performance for tomorrow.” 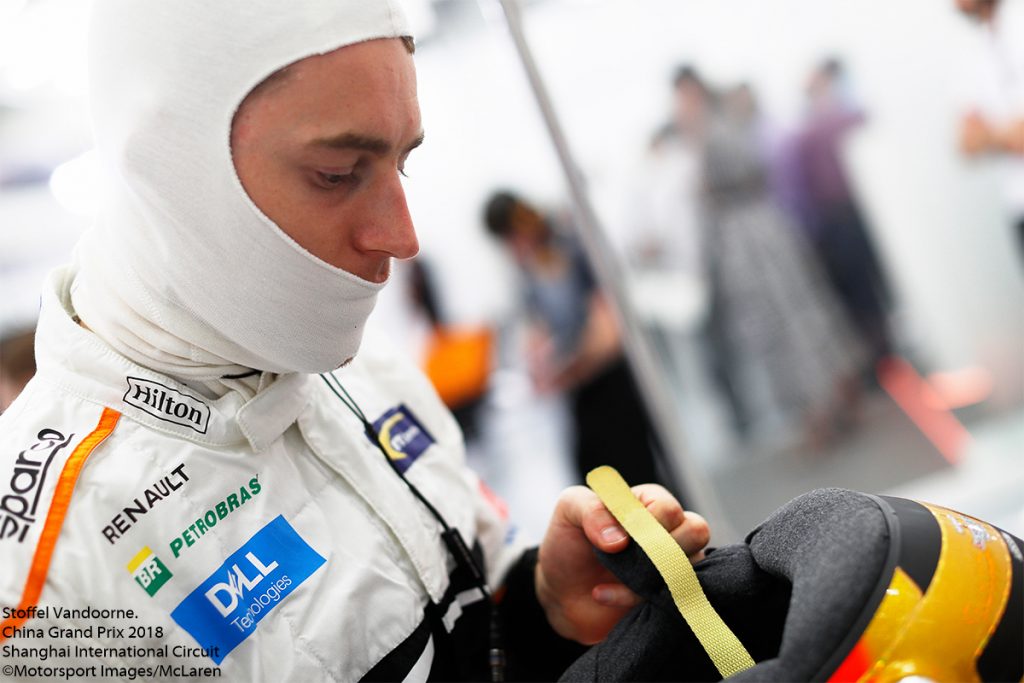 “It’s not been the smoothest Friday for us. We had a few problems in FP1, and FP2 wasn’t perfect either with the issue with the pit-stop, but I did feel a lot more confident in the car this afternoon. In general, we’ve learned a lot again and FP2 was a much better session. The most positive thing from today, as we’ve learned over the last couple of weekends, is that our race pace looks promising and there’s a lot of effort going into our race preparation. Our qualifying performance we still need to work on a bit and understand a few things, but generally I feel okay.

“There’s plenty to play with here – the weather might look a bit tricky tomorrow and we’ll have a few different possibilities in terms of allocating tyres, but I think we have everything we need. There is quite a big difference between the Prime and the Option tyres as they behave quite differently so it will make things pretty interesting. We’re prepared and we know what we want for the race, so we should be in a strong position. It was also quite windy today and I think everyone was affected by it, but generally we had no major issues.

“After the pit-stop I left the box and I didn’t feel that there was anything wrong straight away. It was only as I turned left into Turn Three that I felt something happen, and when I looked in the mirror I could see that the right rear wheel was wobbly, so I immediately parked the car as a safety precaution. At the moment we’re still investigating, so it’s a bit too early to say what caused it. Pit-stops are part of Formula 1 and I think they always will be in some way. Of course, we don’t like to see incidents like we saw in Bahrain – we’ve seen a couple of cars having to park up and it’s definitely not what we want – but it happens every now and then.” 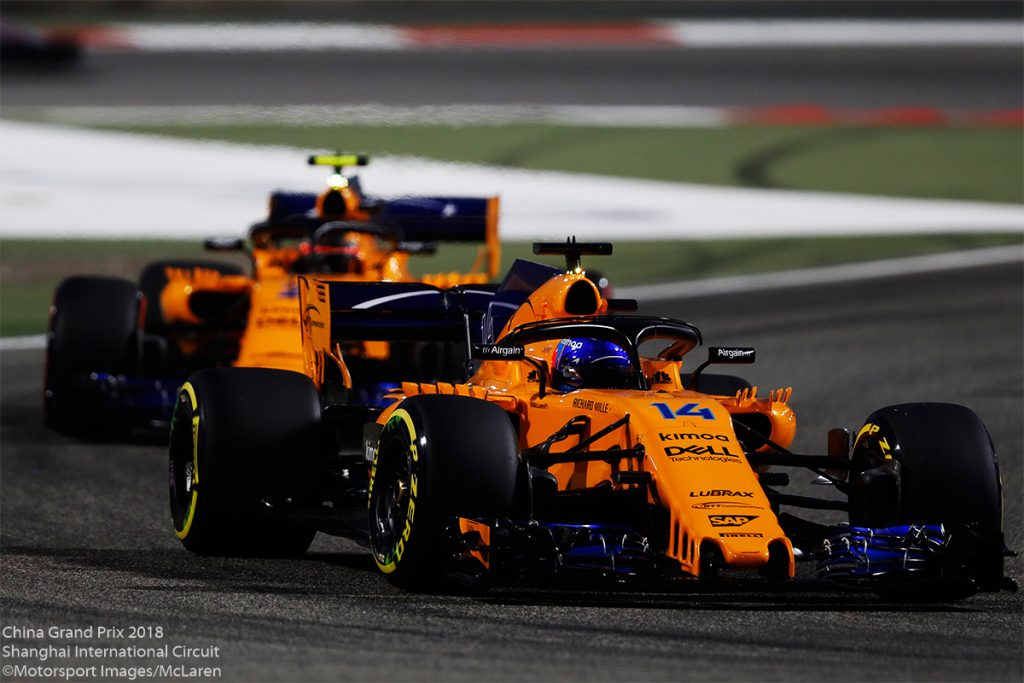 “Today was a useful day for us in terms of setting up the car for the weekend ahead. We managed to complete a solid amount of work and test a lot of different components, compounds and configurations, and now we’ll focus on analysing the data ahead of tomorrow.

“The threat of rain over the weekend puts a question mark over set-up for all the teams in the pit-lane, but we’re working hard to prepare ourselves for any eventuality using the data we have and read the situation as best we can. We managed to get one run in on the Inters at the end of the session so at least we have some information and feeling for the car’s behaviour in these kinds of conditions here in Shanghai.

“We don’t know yet what caused the issue in Stoffel’s practice pit-stop. It appears the right rear wheel didn’t attach properly, but we’re still investigating.” 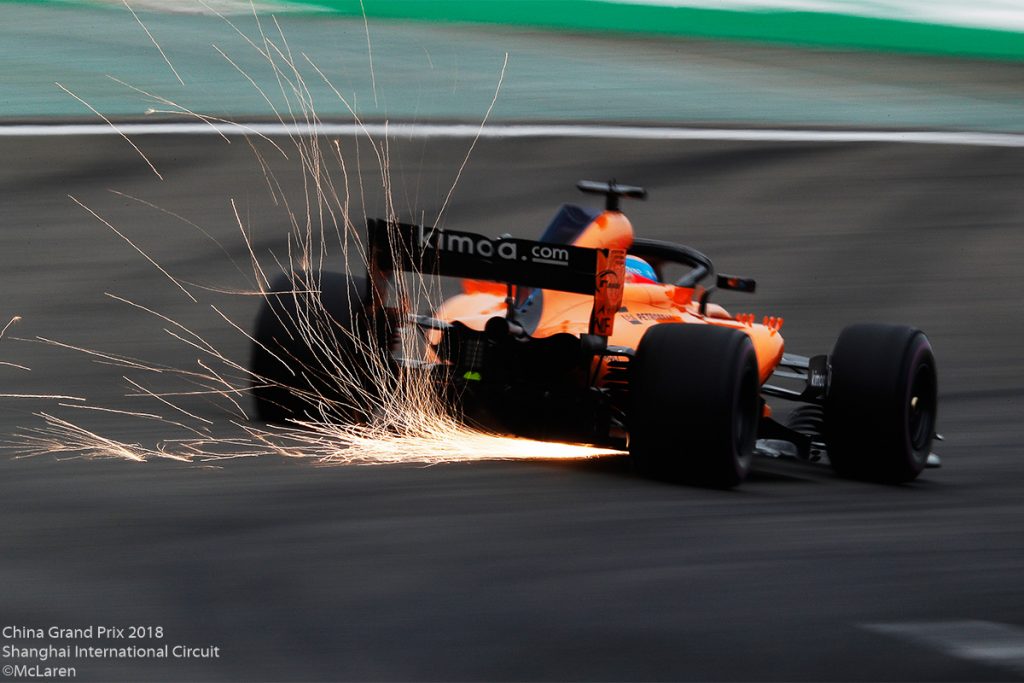