Kimi third but Seb gets hit and finishes eighth. The Safety Car called the shots 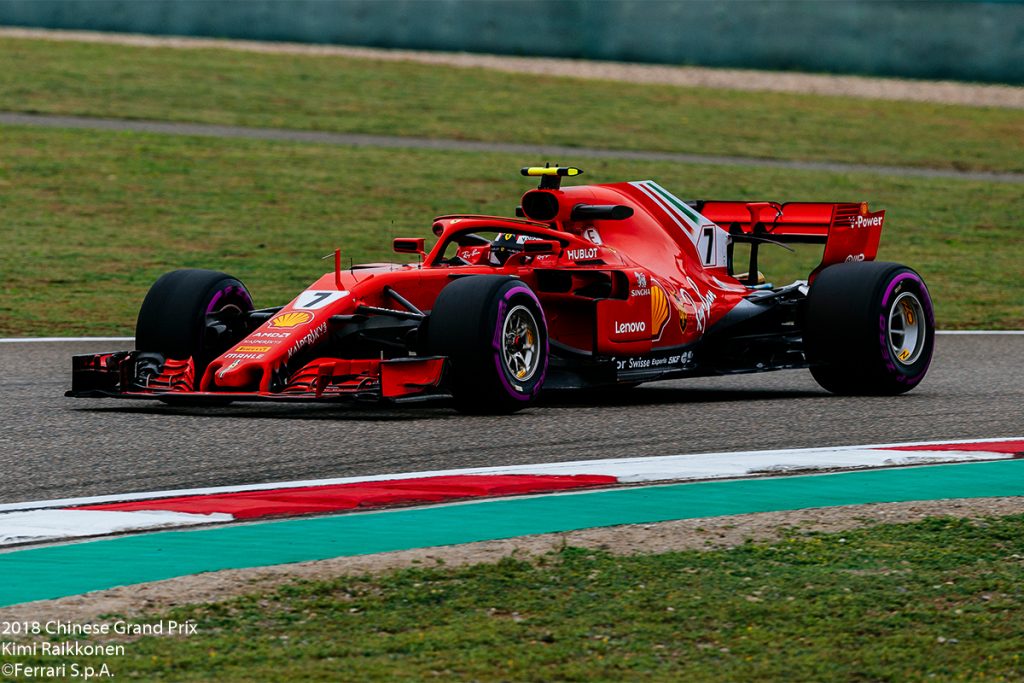 Shanghai, 15 April –This race was decided by the arrival of the safety car and tyre strategy. Scuderia Ferrari finished on the podium thanks to Kimi Raikkonen’s third place, but having started from pole, Sebastian Vettel had to settle for eighth place after Verstappen ran into him, thus dropping him down the order. However, the German still leads the Drivers’ championship classification.

Both SF71Hs were on the front row, but the start was closely contested. Seb maintained his pole advantage, but Kimi had to give best to Bottas and also came under attack from Verstappen, who had the advantage of running the Ultrasoft tyres and had also passed Hamilton. The race leader extended his lead to a couple of seconds, to stay out of the DRS range and Kimi was also fending off Hamilton. At the moment, the very long Shanghai straight was not the scene of any overtaking. 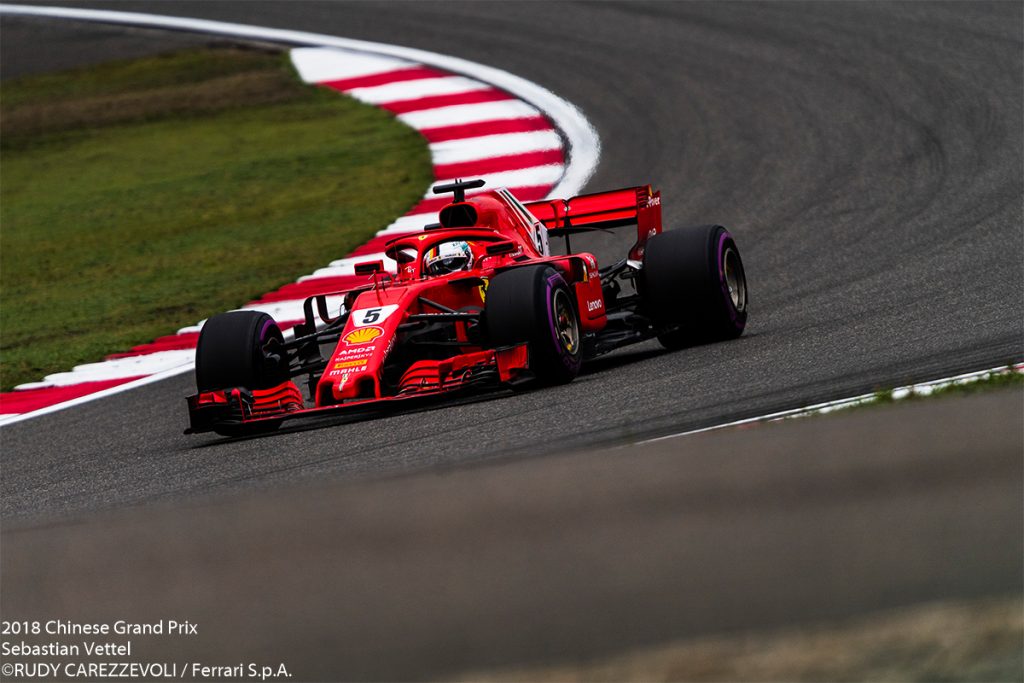 Over the radio, it was time to discuss strategy. Red Bull did a double tyre change on lap 18 and Kimi made the most of the clear air to set his fastest time, while Hamilton headed for the pits to fit Mediums. One lap later (number 20) it was Bottas’ turn to pit and Ferrari reacted, but the pit stop took a few tenths too long and coming out of pit lane, Vettel found himself behind Valtteri, who had pushed really hard on his out lap.

Now there was a group of three: Raikkonen, yet to change tyres, was attacked by Bottas, but held him off at the hairpin. This allowed Seb to close and when Kimi had to give best before pitting, the number 5 car was in the DRS zone. Time for another thrilling duel, the third in as many races. On lap 32, the Safety Car came out to allow debris to be cleared away after the two Toro Rossos had collided at the hairpin. Our boys stayed out and Kimi gained ground on Ricciardo who had pitted.

The race resumed on lap 36 and, on new Softs, Ricciardo attacked Kimi who had lost time with Verstappen. Max himself went off track while attacking Hamilton, and Ricciardo got past. The Red Bull pair had the edge in terms of tyres and Verstappen was thus able to repass Hamilton, while Ricciardo got ahead of Seb. Verstappen also tried to get ahead of the German but instead, he tipped the Ferrari into a spin on lap 44. The Stewards investigated the incident and gave Verstappen a 10 second penalty.

Kimi was third, faster than Bottas, who had lost the lead to Ricciardo, but Sebastian had dropped down to seventh with damage to the side of his car, so that even Alonso barged past him. The world champion could do nothing.

“Today’s result was definitely not the one we were aiming for, given that we were starting from the front row. Our race pace wasn’t bad, but this was a Grand Prix in which the many variables made the difference. Kimi made it to the podium and Sebastian limited the damage in a car which, after the collision, was not in the best of conditions for a fight. Now it’s important for us to maintain concentration and determination, already thinking about the next race in Baku.”

quote It was quite a painful race and not a very enjoyable one. At the start I had a good jump, but then I had to back off and this cost me a few places. After the pit stop the car was pretty fast and the feeling was good; at that point we were behind, but I could see the other cars at the end of the straight. The safety car helped us, at that time we had fresh tires. I would say it took us back in the race. In the end I had a decent speed with the Mediums against the guys that were on the same tires, but getting close to them and try to follow was really tricky. For sure we were faster than Valtteri, but when you get close it becomes more difficult, you lose so much grip in the process and lose so much downforce, especially in this kind of circuit. I just couldn’t get enough of a run on him. Today we take the third place, but obviously when you start from the first row it’s far from ideal. We’ll try to do better next time.” 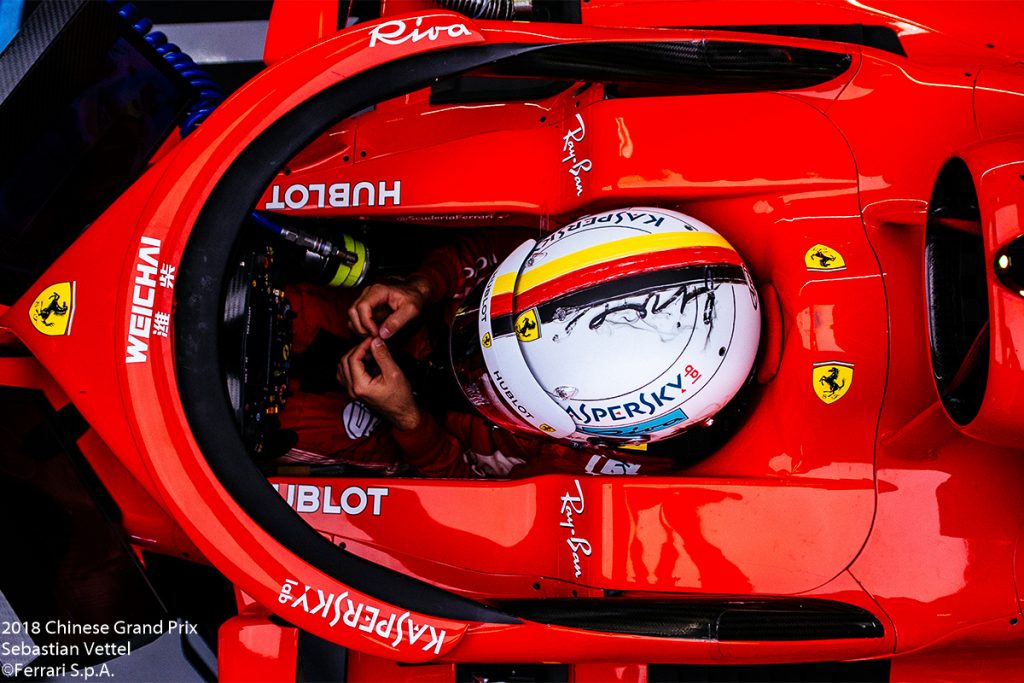 “I was lucky to end my race. After a collision like the one I had, I think we could have even stopped there. Obviously, the lucky thing is that the car was still working, even if the balance was gone. We lost the lead after the pit stop and that was not ideal. We were quite sure we would have come out in front, but we didn’t. The timing of the Safety Car was bad for both me and Valtteri, because we had no chance to react. After that it was clear that Red Bull was faster and I think there was no point to resist much at the way Daniel approached from behind, and then the same happened with Max. I gave him some room just in case he had a bit of tire lock-up, but then obviously he had a big one and that’s why we crashed. I think he realized he was wrong. We were both lucky to continue but it was not necessary. However, I appreciated the fact he came to me straightway because that’s the way to solve things like this, face to face. But obviouslyM this is not the result we were looking for.” other than defend his eighth place from a last attack from Sainz. 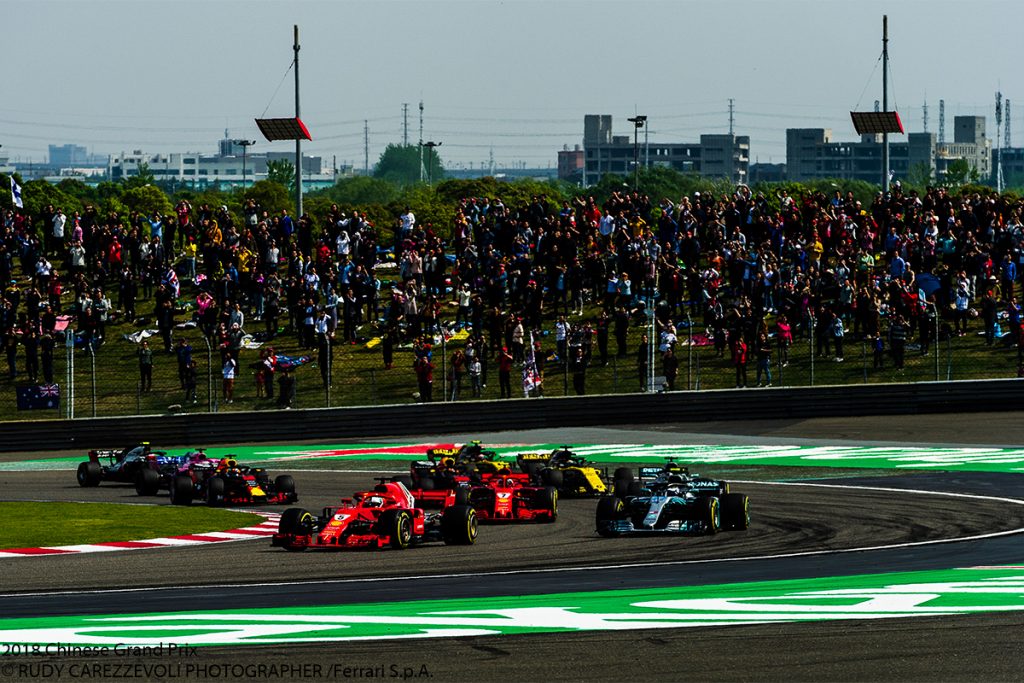