Australian storms through to thrilling victory in Chinese GP 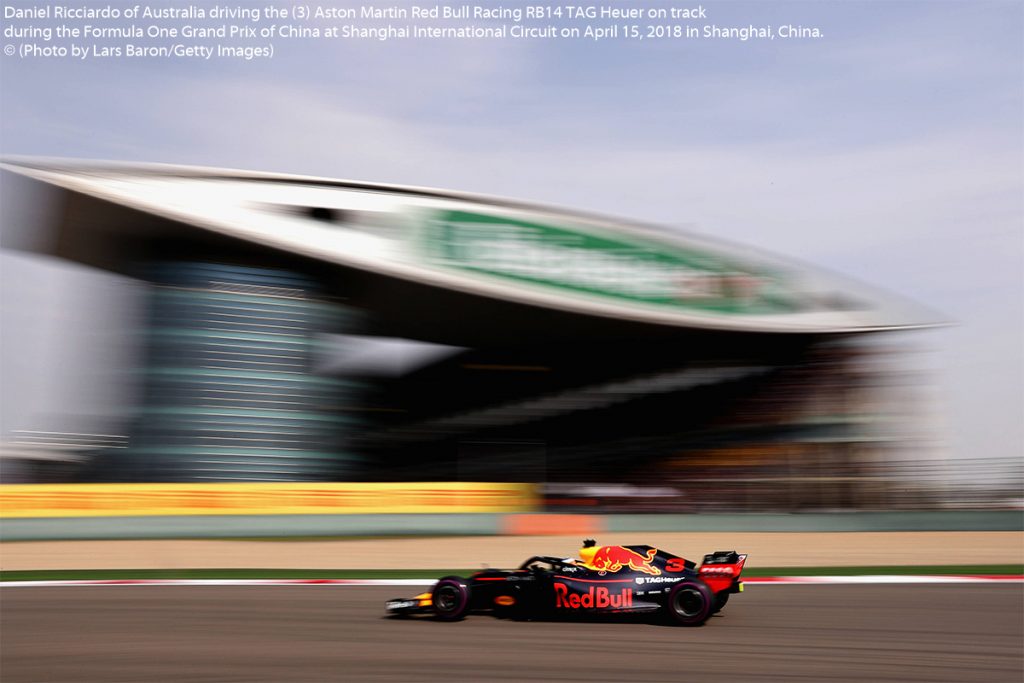 Daniel Ricciardo’s trademark overtakes were a force to be reckoned with in Shanghai, with the Australian taking the top spot on the podium with a time of 1:35:36.380, and voted Driver of the Day. Ricciardo’s iconic “Shoey” made a return to the podium as Aston Martin Red Bull Racing team celebrated the victory together. Engine issues marred the Australian’s practice session, requiring a mammoth effort by the team mechanics with an 11th hour engine change, to get Ricciardo back on track for Q1. 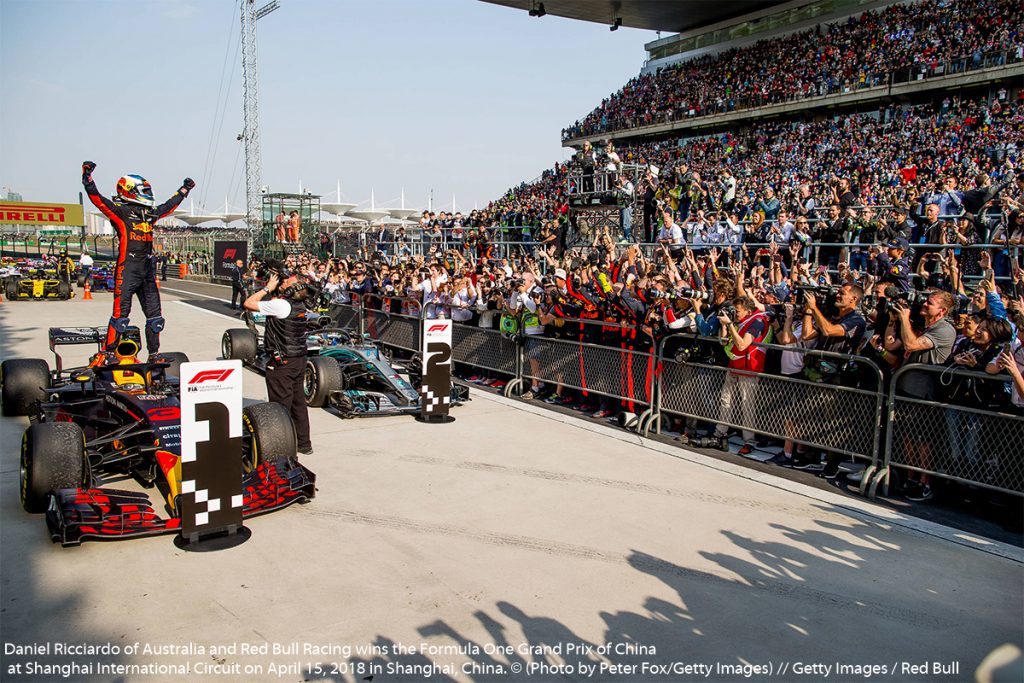 Mercedes’ Valtteri Bottas nabbed second place on the podium, despite being neck and neck with Ricciardo throughout the race, ahead of Kimi Raikkonen of Ferrari, third.

World Champion Lewis Hamilton of Mercedes finished in fourth ahead of Red Bull Racing’s Max Verstappen, after a collision with frontrunner Sebastian Vettel on lap 44 cost Verstappen a 10 second penalty and a chance at the podium. Vettel placed eighth.

Frustrating results for the Scuderia Toro Rosso driver Pierre Gasly who took 18th position and Bredan Hartley who DNF after the teammates had a mild collision. 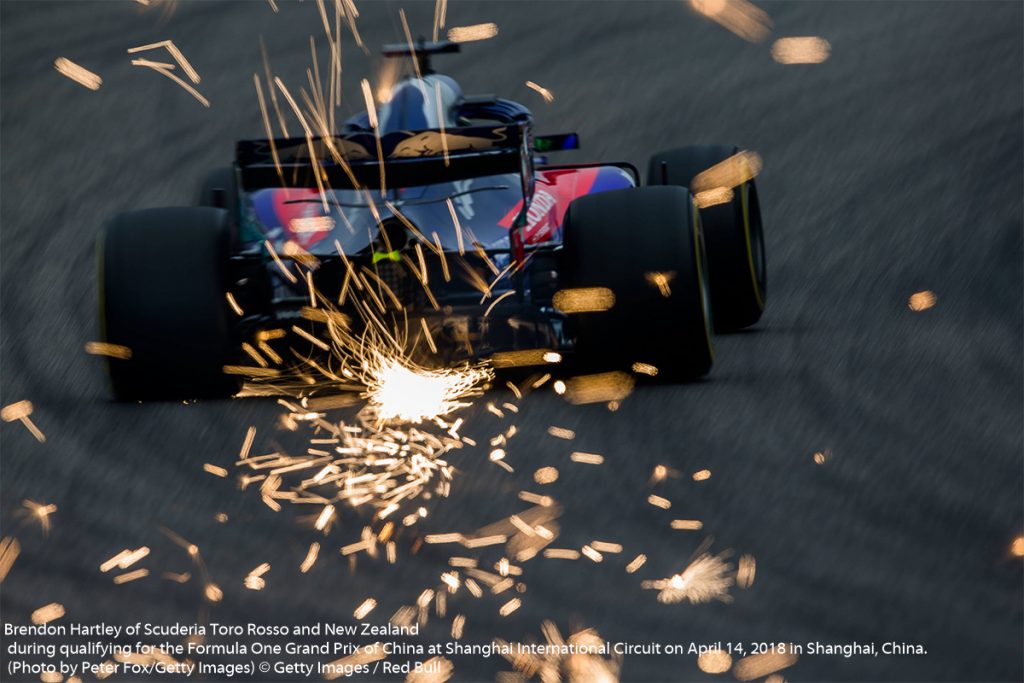 “That was fun, a lot of fun and I just about believe it now. From where we were yesterday you would not have believed we would be here today. For me this is a massive reward for the mechanics and engineers, they really earned this victory. Not only for the pit stops and strategy today but for getting me out in Qualifying yesterday which enabled me to get in the fight for victory, they should be very, very proud. The problem in free practice wasn’t their fault but they did all the hard work and made today happen.”

At the start of the race I thought we could fight for a podium but I didn’t really expect a win; then after the safety car and when I could see the way the race was going I knew we had a chance. Once I had a sniff of victory I wasn’t going to let it go.

“The team made a very quick decision to stop both cars under the safety car and it was a winning decision. I have lots of emotions. On the in lap I was just smiling and I didn’t have many words, then on the podium I was nearly in tears and in the press conference I was just thinking about the whole race and also about last week; how disappointed this sport can make you feel but also how high it can make you feel. It’s like some sort of drug I guess and now we can all celebrate tonight.” 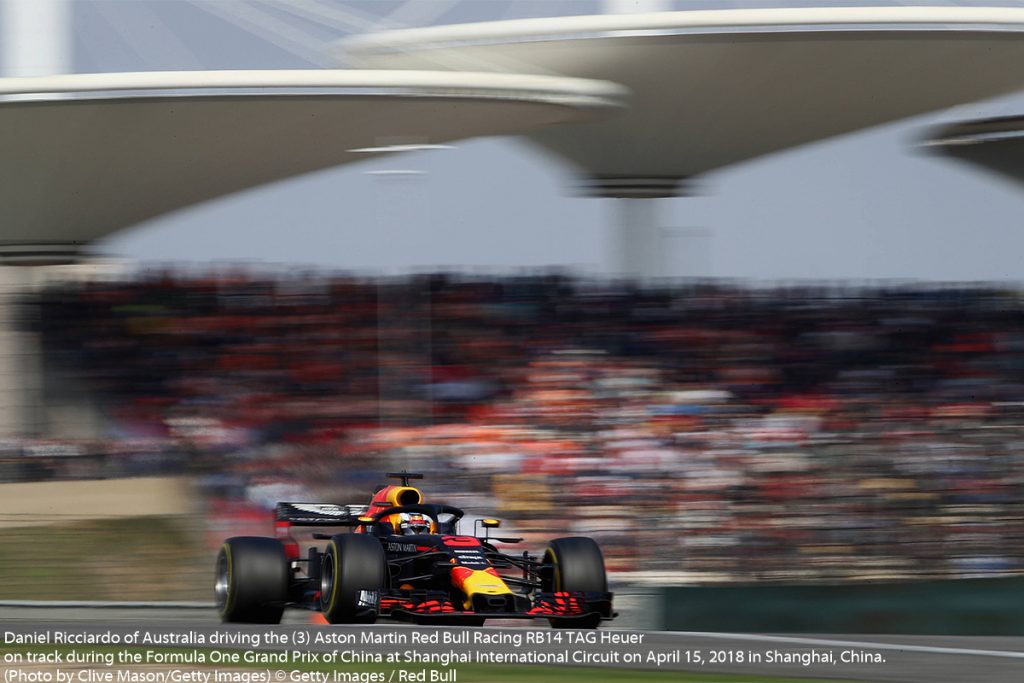 “Not the result I wanted today, we missed a great opportunity for a double podium. I tried to pass Lewis on the outside but there were too many marbles and I went a bit wide, it was a shame as I was in a good position but ended up losing a position to Daniel. It was still an open race with the possibility to finish first and second but unfortunately I made some mistakes.”

Seb was struggling a bit on the tyres so I knew I had an opportunity, I tried to take him on the inside but locked the rears and ended up hitting him. I am disappointed with myself that this is the outcome of the race. The team executed everything perfectly today, we had a great strategy and the car was behaving well so it is a real shame. It isn’t going my way at the minute so I’ll go away and analyse this and hopefully come back stronger. A massive well done to the team on such a strong weekend and of course to Daniel on the race win.” 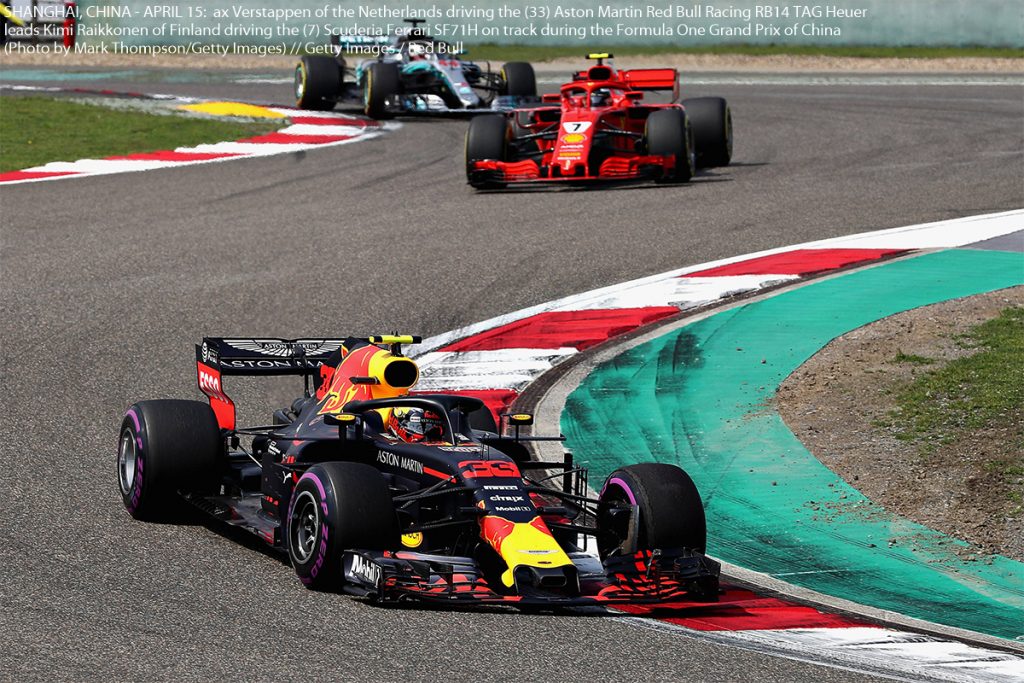 “To achieve our first victory of the year here in China was the result of a fantastic team effort. A strong strategy and a great performance by the pit crew, who have done an amazing job all weekend particularly with the engine change on Daniel’s car; and Daniel drove an amazing race and fully deserved victory. His passes were exemplary and the strategy really came alive for us under the safety car. We made a late call to get both cars in and again the second double stop was clinically executed and they did an unbelievable job.”

For Max the first part of the race was going very well for him, unfortunately he lost time on the outside of Lewis, dropped behind Daniel, and then, when attempting a pass on Sebastian, he made contact resulting in a 10 second penalty. He still managed to bring the car home in fifth; it is a result I am sure he will be frustrated with, but performance today bodes well for the coming season. Speaking of a team effort, any win begins with all of the guys and girls back at the factory and the dedication and hard work there, and that allows us to enjoy moments like this.” 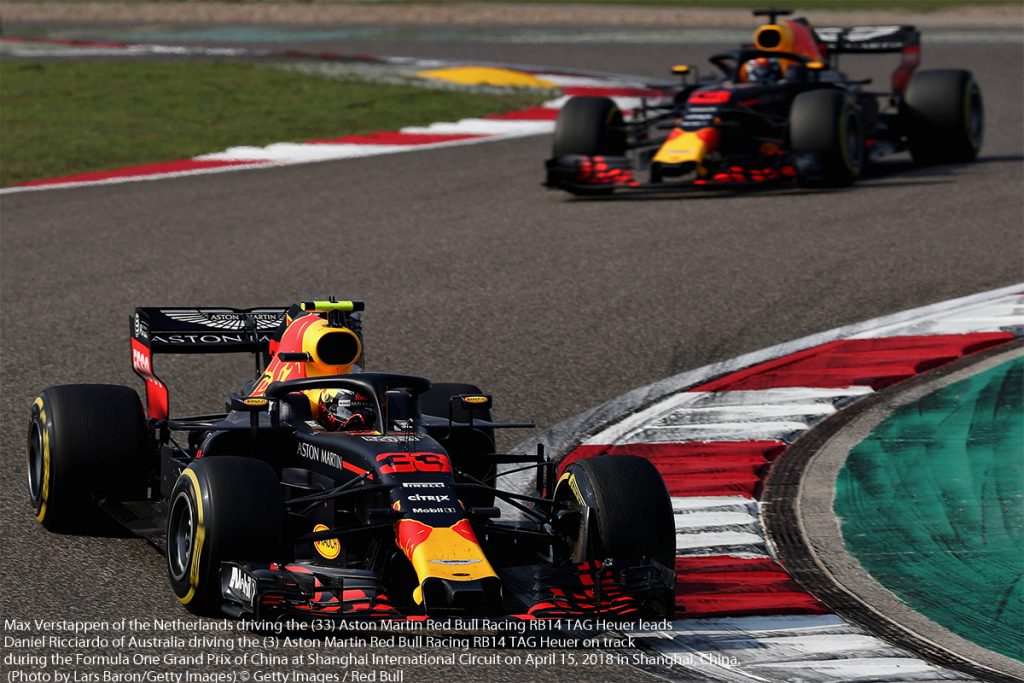