Lewis wins the fourth title of his career and seals the fourth consecutive Drivers’ Championship for the Silver Arrows! 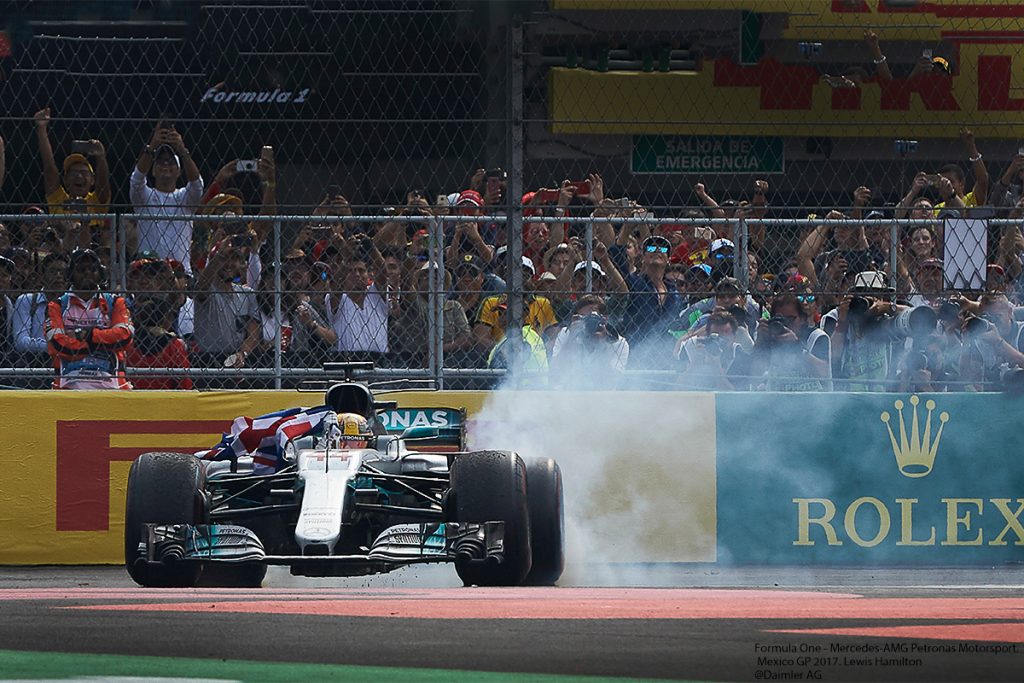 To be honest, this fourth world title is not even registering right now. There is all this energy from the people around you, but it takes a while for it to really sink in. I am incredibly grateful when I think about everything that was going on this year and everything that had to be in place to produce this result. I didn’t do this on my own, there are over a thousand people back in Brackley and Brixworth who have created this beast that has given me the opportunity to exploit my abilities. I have received such great support from around the world, and I want to thank all of you that believed in me. To do this on Mexican soil, to shine a positive light on a country that has been through such a difficult time over the past few months, makes this really special. It doesn’t matter what happened in the race today. I carry ‘Still I Rise’ on the back of my helmet – it means when you get knocked down, you get back up again and keep pushing as hard as you can. I never gave up, and I kept pushing. Four is a great number – but I want number five now! 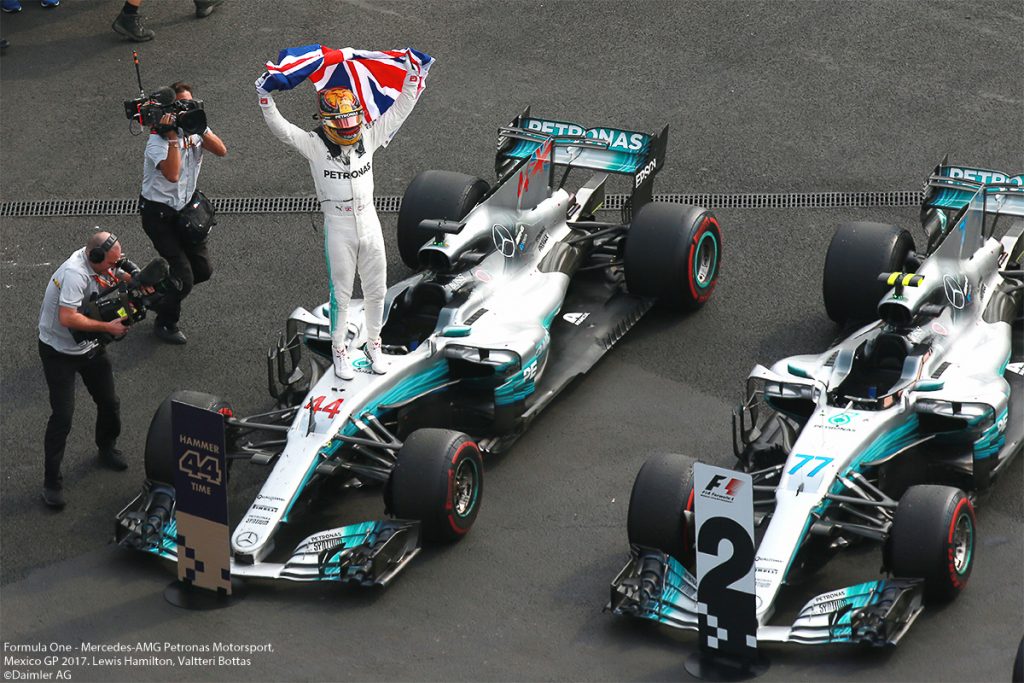 The right man won the title this year, Lewis absolutely deserves this! He’s my team mate, so I know he’s not only talented, but also a hard worker, and a really nice guy. So even though we’re competing, I’m also happy for him – but I still want to beat him next year. The race today was pretty straightforward after the start. I saw in Turn 2 that Max and Sebastian were side-by-side, and one of them went a bit wide, so I knew Turn 3 was going to be a mess. So I decided to go inside and cut the corner and get a good exit. After that there was not much happening. Unfortunately, we couldn’t challenge Max today, so I drove it home. We saw we didn’t have the pace to win the race, so we have a lot of things to learn. But overall, it was not a bad day for us – I felt I got the most out of the car, it was good to be on the podium after such a long time, and of course Lewis won the title. 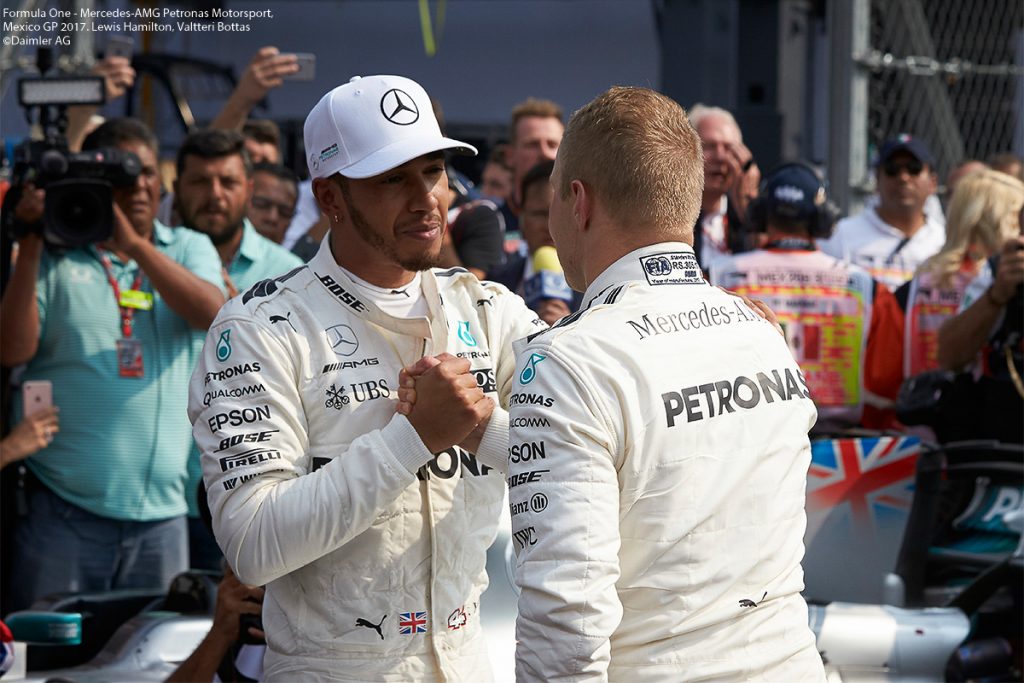 This was the hardest championship ever, but it was also extremely well deserved. We had quite some up and downs this season with the new cars and tyres. We had to accept the fact that this is the reality now, and to progress was very difficult for the team and really took the maximum out of us. Lewis probably showed the best and most constant performance of his entire career this season, he has made a step forward in every respect and there is no doubt whatsoever that today the right man was crowned world champion today. While the result was good, the race was not what we had hoped for. But I’d like to just look at the positives today and not dig into a controversy that is not necessary at this stage – Lewis won the championship!

We knew that the championship arithmetic favoured us going into this race. But that didn’t mean that it was a comfortable afternoon after the melee of the first corner – either for us sitting on the pit wall with all the information at our fingertips but much more for Lewis who had the lonely task of picking his way back through the field from stone-cold last. In truth, as long as the front stayed reliable, this looked like Lewis was safe throughout, especially since Valtteri drove very capably, holding down a very assured second place. But you can’t rely on that and so we were very keen to get Lewis up into 9th place and it was an amazing achievement for him to do that at this track which is so difficult to overtake at. It’s a great feeling for us after sealing up the Constructors’ Championship last week to come here and finish the championship that the rest of the world really cares about and to make sure that Lewis was crowned champion for the fourth time. It’s hard to imagine a season where the champion has more richly deserved the spoils. It’s been a brilliant, competitive, inspiring year of motorsport and Lewis has been the one constant throughout. We couldn’t be happier for him. 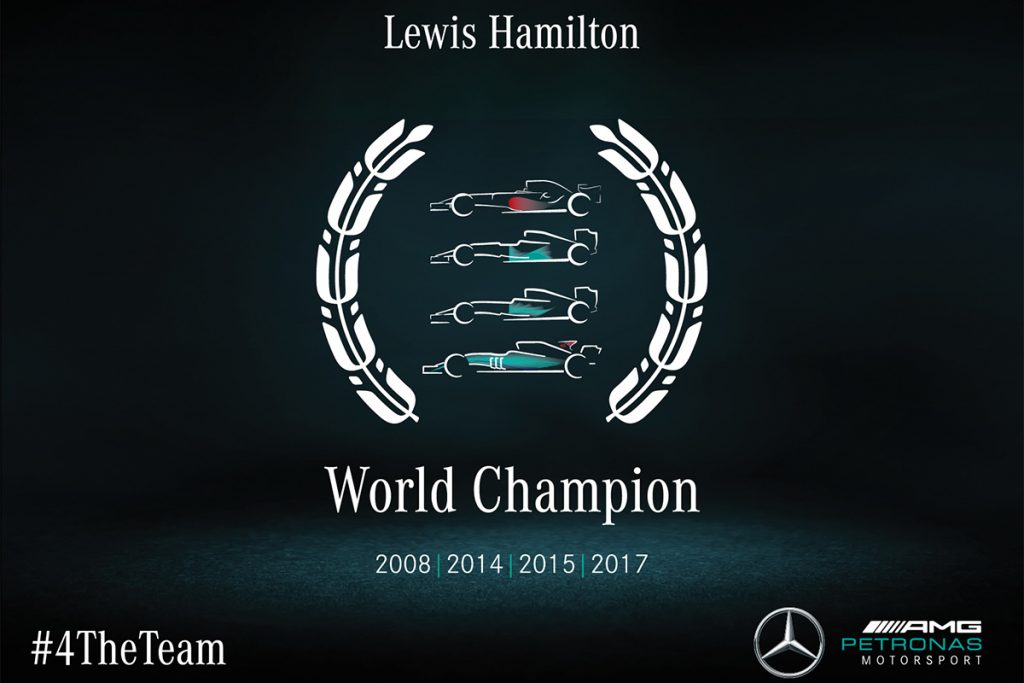