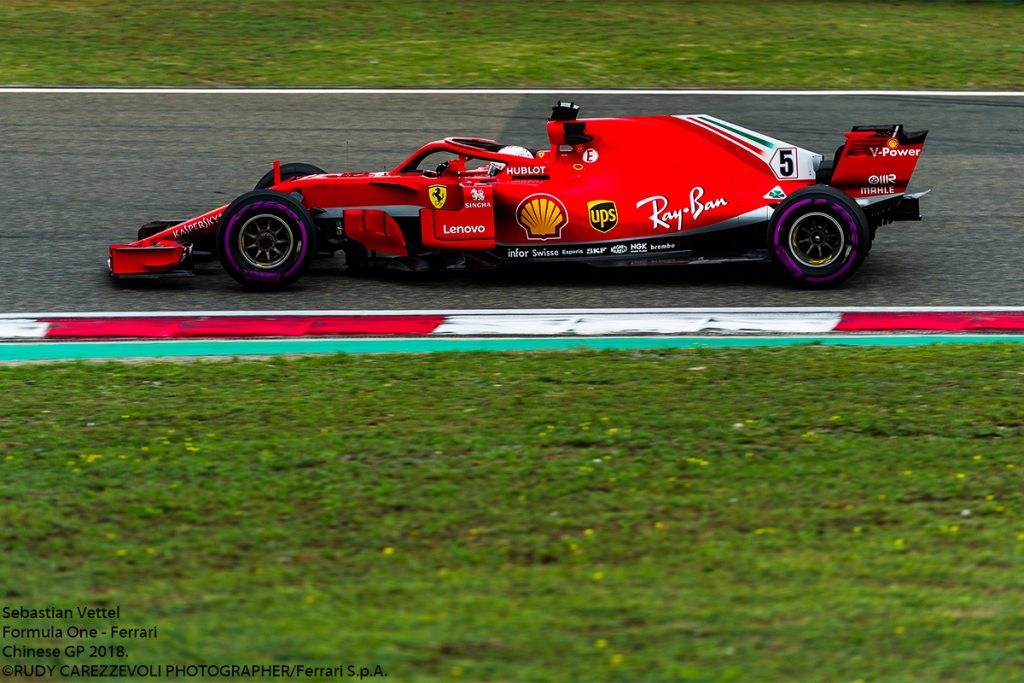 Shanghai –The first day of free practice has come to an end at the Chinese track and the Scuderia Ferrari drivers were second and fourth, with Kimi Raikkonen’s best lap being a 1’33”489, while Sebastian Vettel’s quickest was a 1’33”590. The Finn used Soft and Ultrasoft tyres, while his German team-mate ran the Medium and Ultrasoft. The Scuderia Ferrari drivers concentrated on single fast laps, followed by some long runs in race configuration. But rain in the closing stages brought the work to a premature end. The final free practice session starts at 11h00 local time, with qualifying at 14h00. 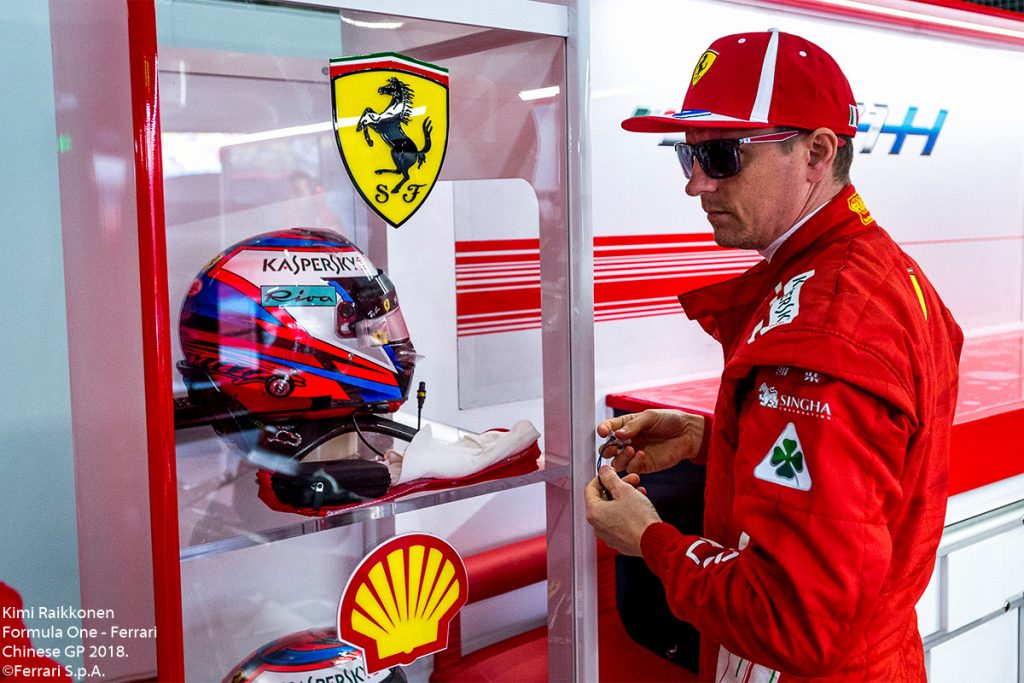 “It was a pretty good Friday”, said Kimi “and I’m quite happy with the feeling of the car. I think we have a pretty good base line to start from, it looks pretty good. The car has been quite straightforward since the beginning, so it easy to fine tune things. On one lap we had some traffic, I’m sure we could have gone faster. In the long run we never really got a proper idea due to the conditions: it started to rain and we had limited running, so it’s a bit tricky to know where we are. Today it was close, but then tomorrow who knows what the weather will be; things can change a lot from one day to the next”. 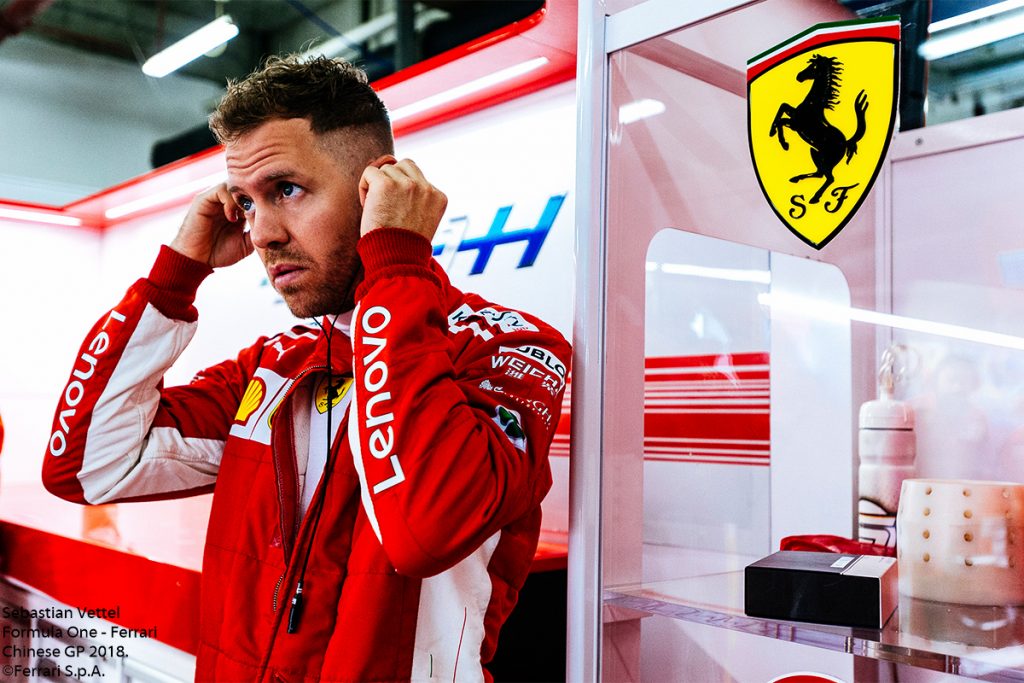 Seb commented: “I think at this track it is very important to find the right feeling with the car and its setup. The track is long and the tires struggle here. But, overall, I think we are quite close. However, the car is not yet where I want it to be. So, we are still looking at how we can improve. I think the SF71H has the pace, but you need to make sure it works. Today it’s been a mixed day and I think in the afternoon it was a bit better and I was a little bit happier. Hopefully tomorrow I’m going to be very happy!”

Practice at the Shanghai International Circuit was ended prematurely by drizzle when Kimi and Seb had nearly concluded their long-runs, after setting second and fourth best times on the timesheet. Nearly all drivers set their best times on the Ultrasoft compound, while various types of rubber were tried in race trim simulations. The Chinese track is 5.451 Kilometers long and features a total of 16 challenging corners, but it looks like the fight for tomorrow’s qualifying session will be as close as ever… 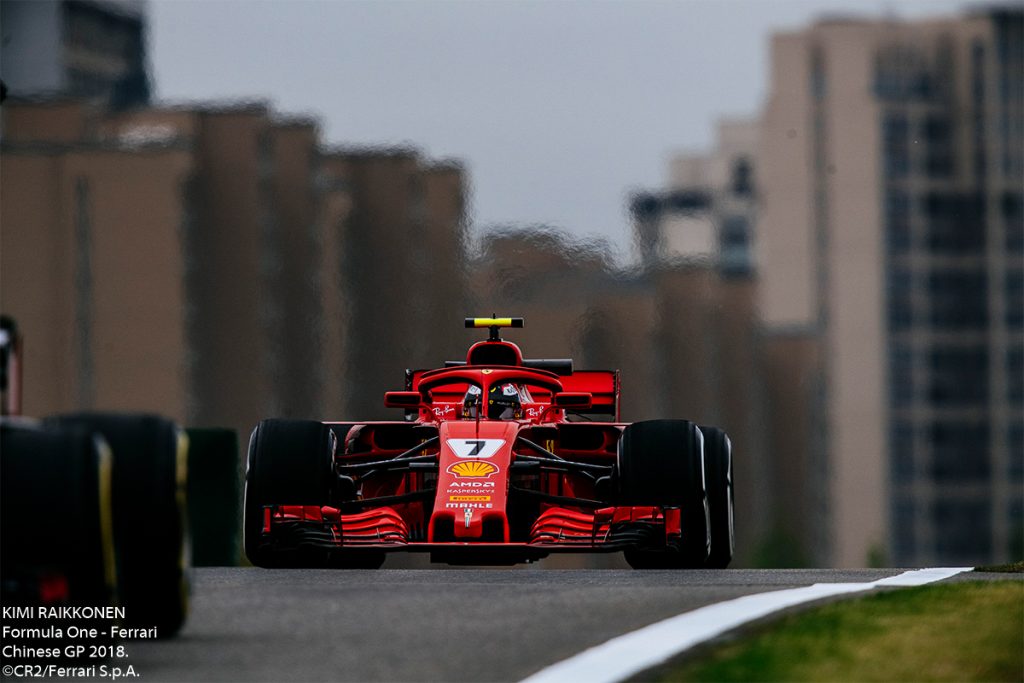