Sebastian Vettel’s fourth place was the sole reward for Scuderia Ferrari after an uphill battle at the Spanish Grand Prix. Kimi Raikkonen was forced to retire after a loss of power. 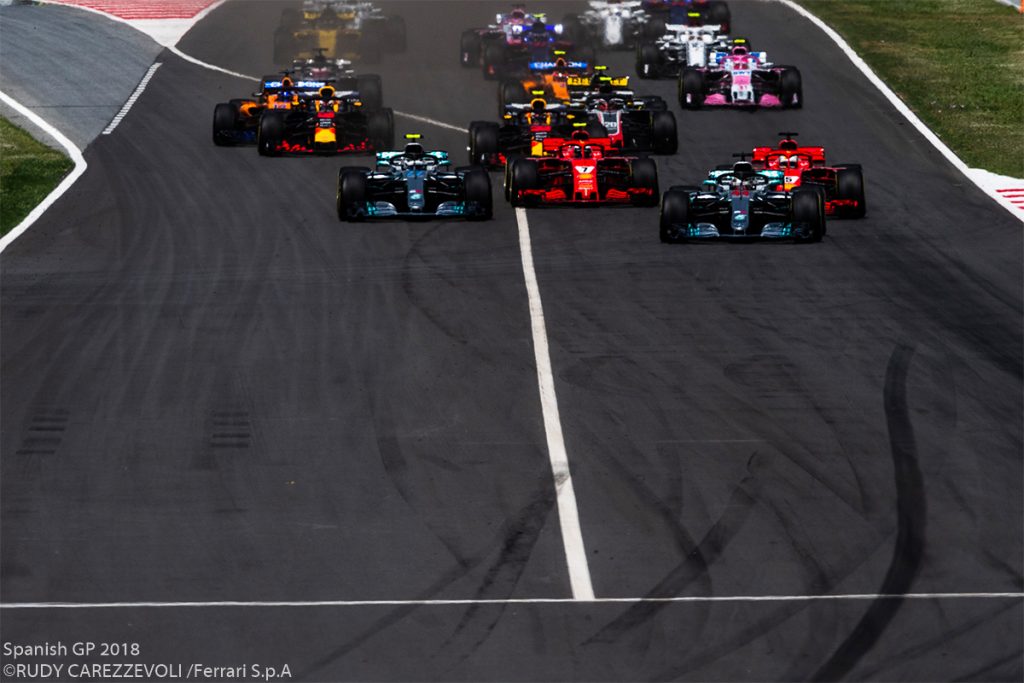 This was the story of the race: the sun was playing hide-and-seek with the clouds before the start, after a night with lots of rain. At the getaway Seb went straight on the attack from third place on the grid and passed Bottas, while Kimi stayed in fourth place. The safety car came out on lap 1 when Grosjean spun off and triggered a string of collisions.

The race restarted at the end of the sixth lap in the same positions. Another 12 laps passed before the team made an early call to bring Seb into the pits to change onto the Medium tyres. Bottas reacted two laps later but despite facing traffic – and benefiting from a tow from Magnussen – Vettel managed to stay ahead of the Mercedes as it came out of the pits.

Meanwhile further back, Kimi reported a problem over the radio and the No.7 car suddenly slowed and crawled back to the pits. He had suffered a loss of power, the same problem that put paid to Ocon on the 40th lap, bringing out the virtual safety car.

Seb came into the pits to put on another set of Medium tyres. The move came because he had been having problems with the tyres; but there was a problem with the right rear and on the exit the No.5 car ended up behind both Bottas and Verstappen, whose car had suffered damage to the front wing after earlier contact.

“You can push right to the flag,” was Ricky Adami’s advice to his driver. But it’s not easy. Making it past the 50th lap, Seb went for it and lowered his lap times, but without managing to get past his rival. Even if by the end he was only seven tenths of a second away from the podium… 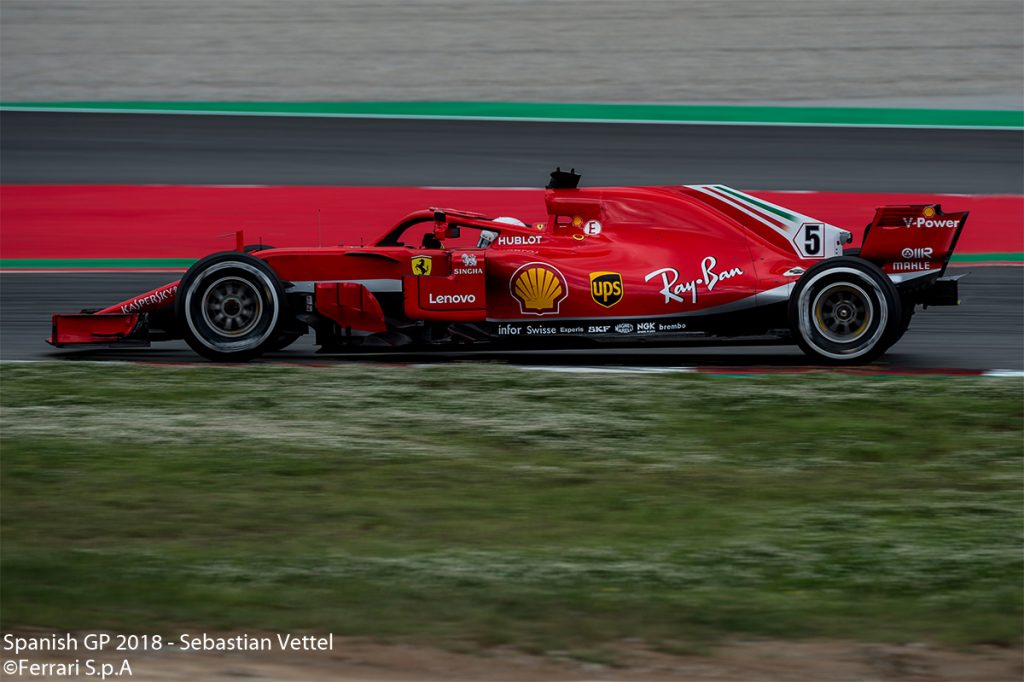 “In many ways, this is a weekend in which nothing went right. Now, calmly and with accuracy, we need to analyse the reasons, and they are various, which prevented us from exploiting the potential we demonstrated in the previous races. Then we will prepare for the upcoming Monaco Grand Prix, in a professional, determined and confident manner.”

“Our tires didn’t last as long as for the others, so we couldn’t follow the same strategy. We had to stop again and we obviously lost two positions, and also a bit of time during the pit-stop itself. But staying out was not an option today. We had problems finding the right balance of the car and we were struggling with the front tires. Maybe the changes for this weekend had a bad impact on us, worse than the one the others had. So, I am happy to go back to ‘normal’ tires in Monaco as we seemed to struggle a little bit more than the others. Today we just didn’t have the right pace, Mercedes was faster than us and we hadn’t many chances. We tried our best, but something was missing and we need to improve on this. During the whole weekend it has been tough to find the right balance on these new tires. But I see no reason for not being optimistic for the next race.”

“My race was going pretty ok today, I was in a decent position and the speed was good. I was running smoothly and saving the tires. Everything could have been alright, but unfortunately it did not happen. At one point I started losing power; I managed to drive around but obviously not at full speed anymore, so I drove back to the garage. We don’t know more than that about the issue we had, we need to take the car back to the factory and check what happened. Looking at the Championship, this result is far from ideal, and I’m pretty disappointed. There is nothing we could have done differently today, but we need to try and keep pushing.” 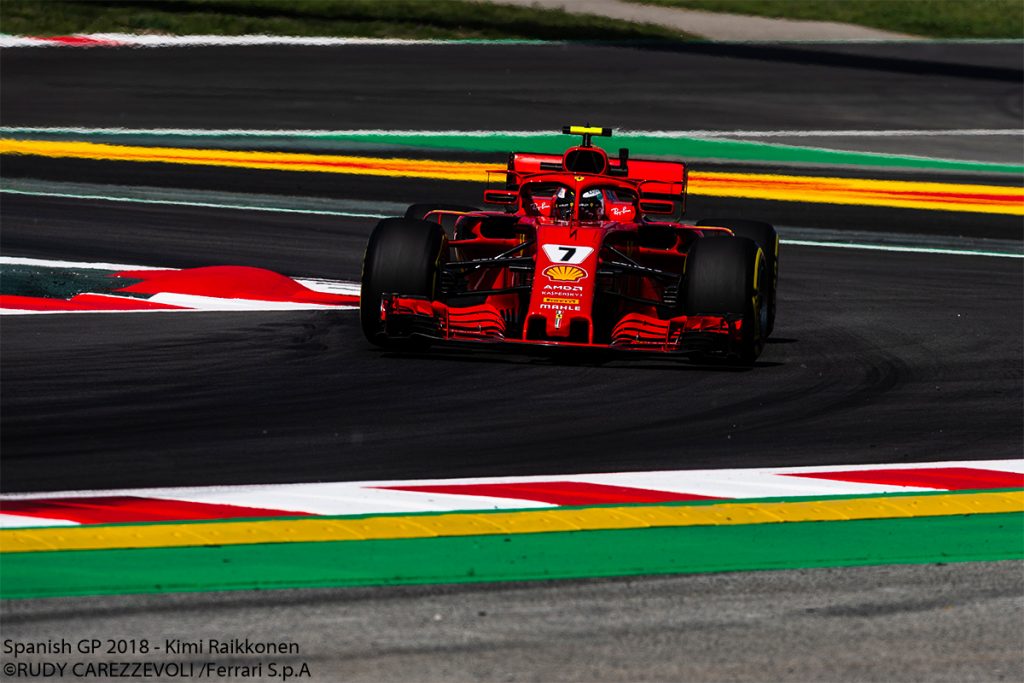