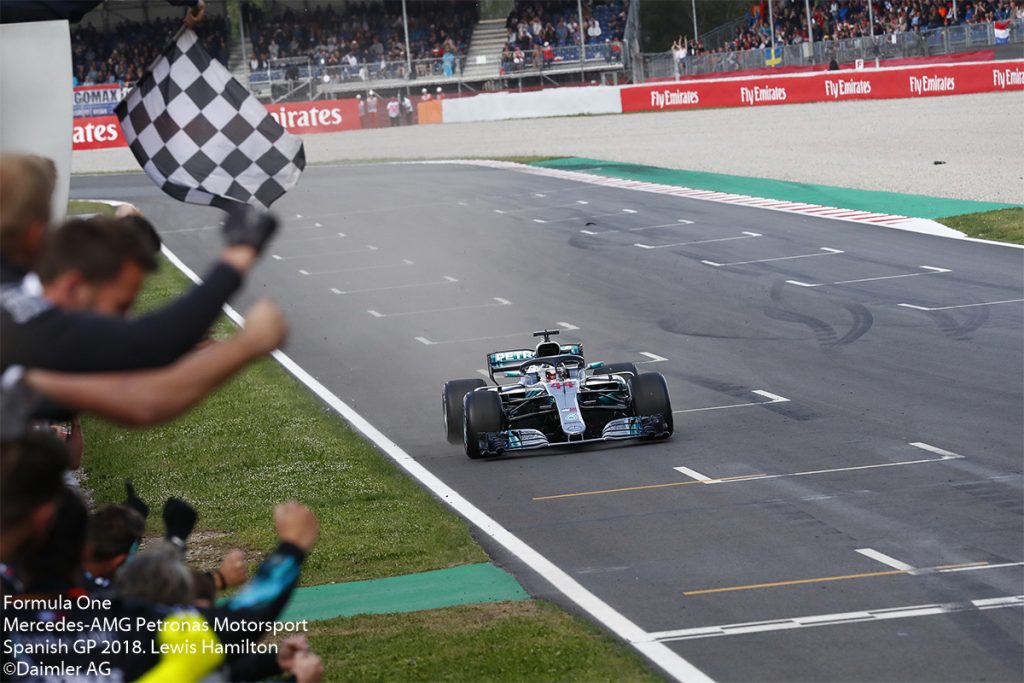 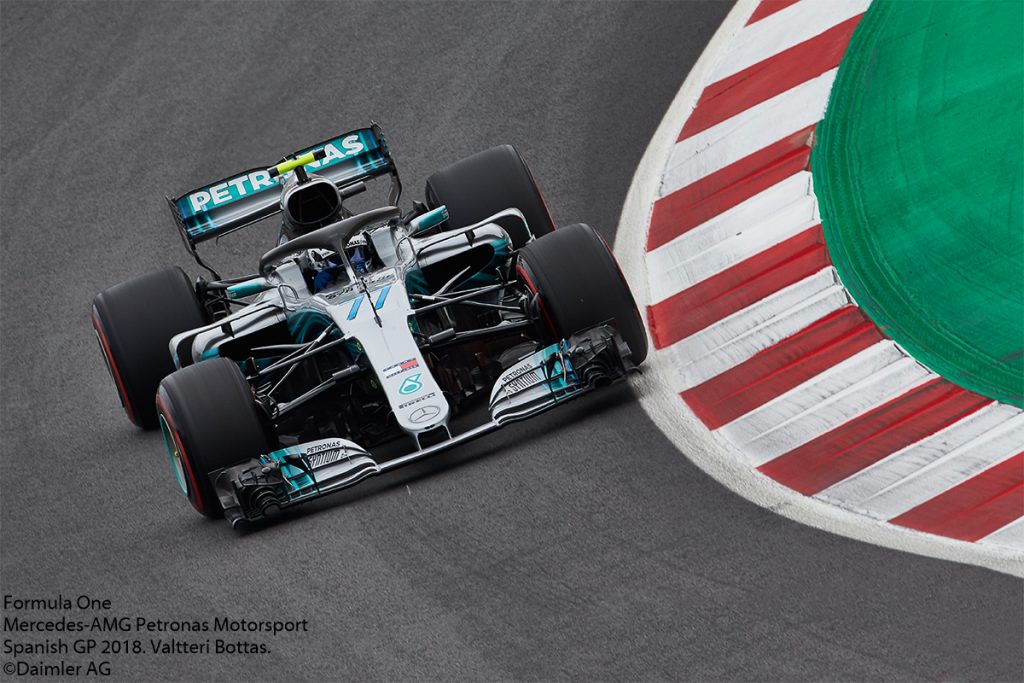 I’m really, really happy. I had no idea how the race was going to play out. We got the qualifying right yesterday, but the temperatures were going up and down today, clouds were coming over and we didn’t know if it was going to rain or not. But I got a good start and after that the others didn’t have the pace to keep up with me. I was pulling away almost a second a lap and I was thinking “Yes, let’s keep this up!” – and it stayed that way for the rest of the race. To get our first 1-2 of the season here is a really great result for the team. Everyone’s worked so hard, we had a great pit stop and great strategy. I said that I wanted to come win the way that I won and when I was coming across the line I was just happy that I did as I planned to. The team have been working very hard to understand the tyres and how the car works, so I think it all came together this weekend. We definitely go to Monaco on a high note, but we know that we still have a lot of work to do. It’s really important that we all continue to push and work as hard as we have done during this first part of the season. 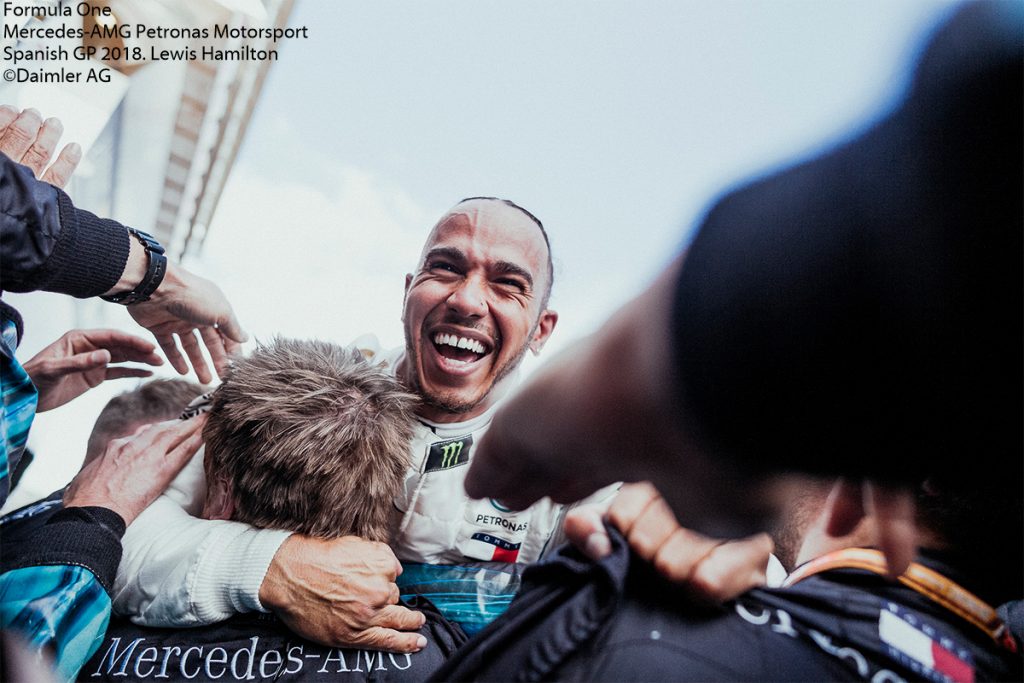 This is a perfect result for us as a team. I was in a difficult situation after the first stint because I was stuck behind Sebastian. We knew that we had a strong car with a lot of pace and I think that we were quicker, but it is so hard to overtake here at this track. But we made the right choice when Sebastian pitted under the VSC and decided to stay out. Before the race we thought a one-stop would be nearly impossible, but when we saw the tyres were holding up better than expected we changed our strategy. Of course I would have rather won the race, but the team did a really good job today and their decision secured this 1-2 for us. It’s great to get a lot of points for the team today. The next race in Monaco could be difficult for us; I think Red Bull will be really strong and Ferrari was on pole last year. So we need to keep working hard and believe in our ability to improve things. 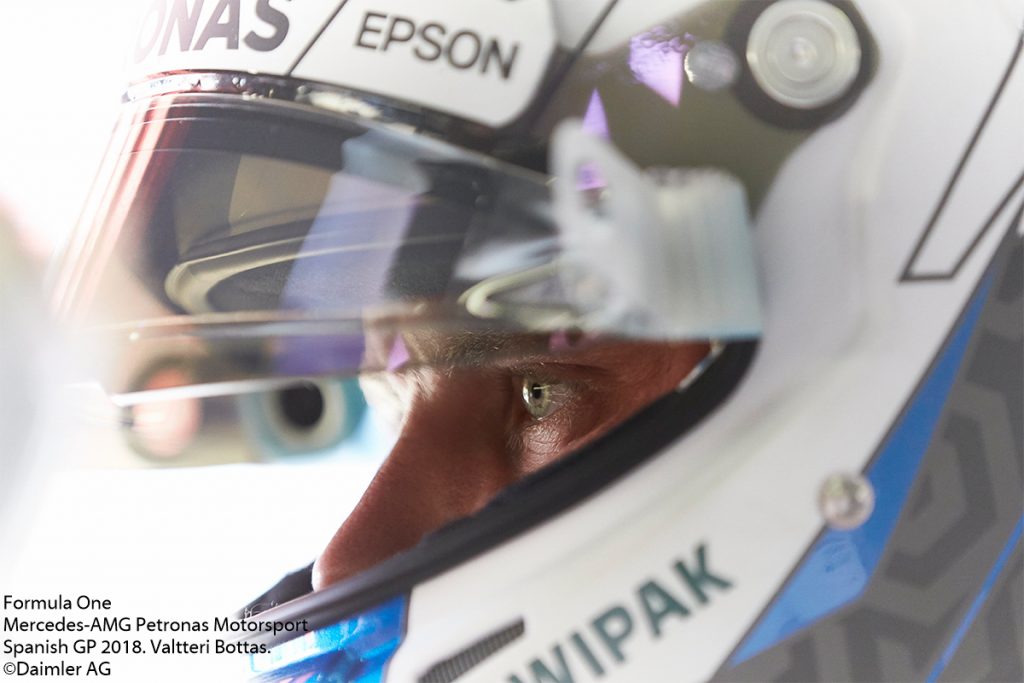 That was a great result but there was no point this afternoon where it felt as comfortable as it might have looked from outside. Lewis did a fantastic job this afternoon: a great start, impressive pace in the opening stint and perfect management of the medium tyre. For Valtteri, we tried to overcut in the first stint and just missed out on passing Vettel. Then when Sebastian took the chance to pit again under the VSC, we decided to do the opposite and take the medium tyre to the finish. That involved running the tyre a long way, a little bit into the unknown with over 45 laps to do on it, and we had our hearts in our mouths in the final laps as there were some vibrations on the front axle as well. Valtteri did the perfect job to manage the load on the left front and the falling tyre temperatures on old tyres, and sealed a really special one-two finish. It feels like a long time since we had a 1-2 finish, so there’s definitely a measure of relief in how we asserted ourselves today. But we know as well that this was a good circuit for us and the temperatures fell in our favour as well. So we need to stay calm and humble, because it can be a different ball game again next time round. We will savour the result this evening – but our thoughts are already turning to Monaco, to the struggles we had there last year and to how we can make sure not to suffer a repeat. 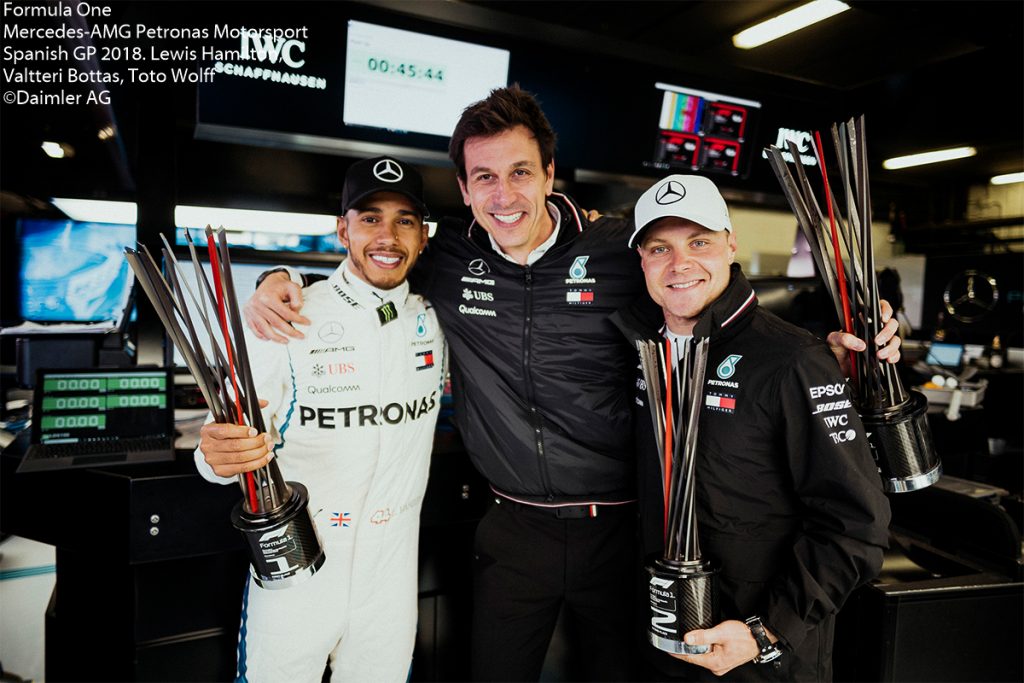 We’re absolutely delighted with the way the weekend has gone here in Barcelona. Both Valtteri and Lewis have been on top form and the car has been reliable and very fast. We’ve not had an easy start to this season but everyone has stayed focused and worked incredibly hard to take the fight to Ferrari and Red Bull. Today was a great reward for everyone’s effort. The day didn’t quite go according to our plan, Valtteri lost a place to Vettel off the line and whilst he had good pace, it’s very difficult to overtake here and on tyres of the same age we couldn’t get close to a passing position. We were expecting a two stop race today and when Vettel stopped on lap 17 we hoped to be able to overcut taking advantage of poor warm-up on the medium. We lost a bit of time at the stop and that was enough to put us back out behind Vettel and also Magnussen. We were assessing our options against Vettel once we saw that we didn’t have the pace to pass but when he stopped on the VSC, the best strategy was to run the to end and Valtteri did an amazing job of managing the tyres over 47 laps, the longest stint anyone made during the race. Lewis was able to control the race and whilst we could have gone longer on that first stint, the front tyre was quite worn and we decided to stop as a precaution as there was no real threat from behind. This put Lewis behind Verstappen but we knew he had to stop so there was no urgency to pass. As with Valtteri, a one stop became the best strategy to defend the lead from there and managing the tyres and the pace was the goal from there to the finish. This was a track that suited us very well in the winter tests and it may be that today we were flattered by the circuit and the conditions. However, the continued efforts of everyone in Brackley and Brixworth have played no small part in today’s success. The next races are very different tracks, Monaco in particular, and to win there is difficult even when you have a great car. However, we are really enjoying being part of this championship, it is driving everyone to deliver their very best and we go to the next races planning to do just that. 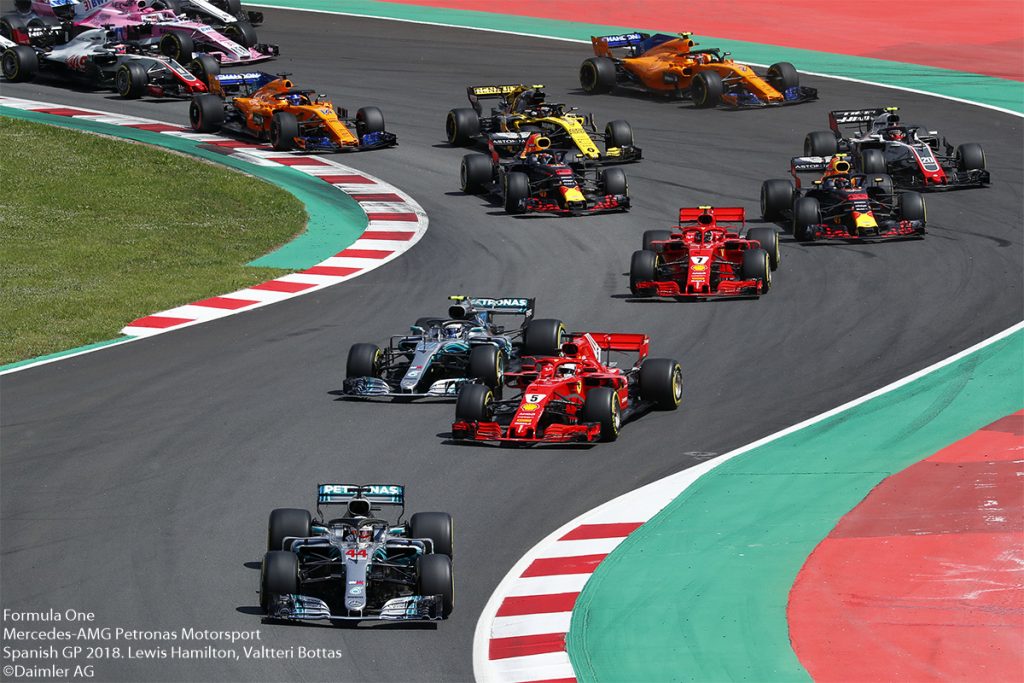