Monterey, California. On 18th August, 2017 in Monterey, California, RM Sotheby’s sold the legendary 1956 Aston Martin DBR1, chassis no. 1 (DBR1/1) for $22,550,000 (est. in excess of $20,000,000), setting a world record not only for an Aston Martin, but for any British automobile at auction. The historic price comes just a year after the benchmark was established at the equivalent sale in 2016 with the $21,800,000 1955 Jaguar D-Type. Two bidders competed for the Aston Martin, in a contest that lasted nearly seven minutes, before a private collector bidding by telephone was successful.

The most correct example of what is arguably the most important Aston Martin ever produced, DBR1/1 carries a racing history that includes overall victory at the 1959 Nürburgring 1000 KM as well as the greatest names in motorsport, from Carroll Shelby to Jack Brabham, Roy Salvadori, and Sir Stirling Moss. The first of just five examples built by the factory between 1956 and 1958, DBR1/1 is the only example ever offered for public sale. 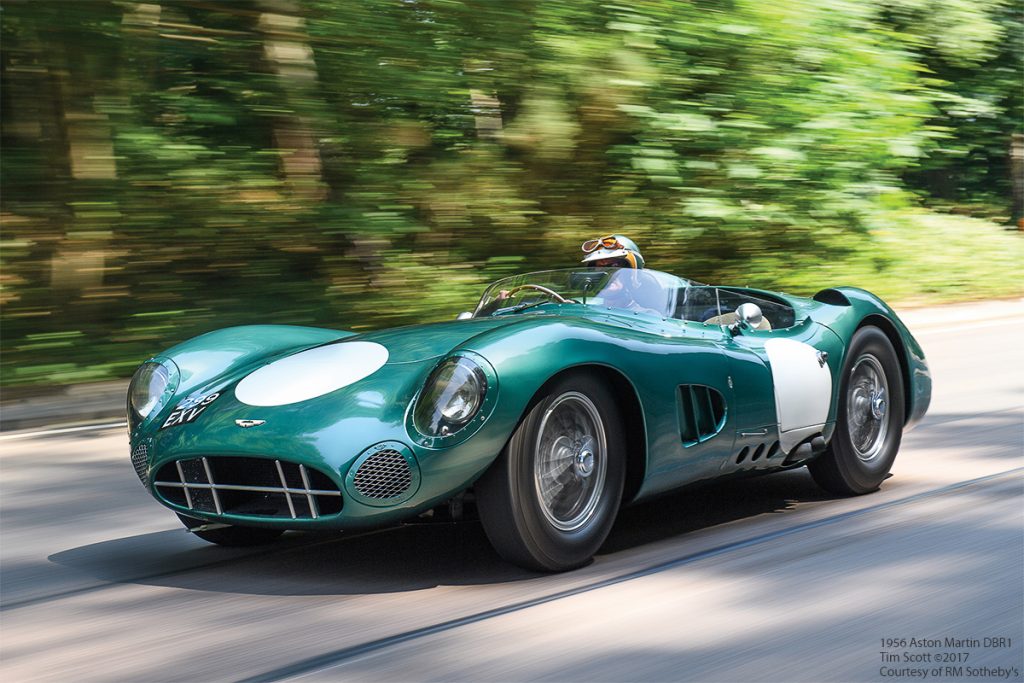 The Aston Martins led the first session of RM Sotheby’s Monterey sale which generated sales of over $60,000,000. The auction took place on Friday 18th at the Portola Hotel & Spa.