The safety car spoilt it all. At the flag Kimi is second with Seb fourth

Baku, 29 April– Scuderia Ferrari dominated this whole weekend right up to a few laps before the end and leaves Baku with second and fourth places for Kimi and Seb respectively. The Azerbaijan Grand Prix turned out to be a totally unpredictable race, with the Safety Car closing down the gaps and robbing the leader Vettel of victory, but handing Kimi a lifeline after he had started further back. After four rounds, Scuderia Ferrari leads the Constructors’ championship by four points, while Sebastian is second in the Drivers’ classification, four points off Hamilton. 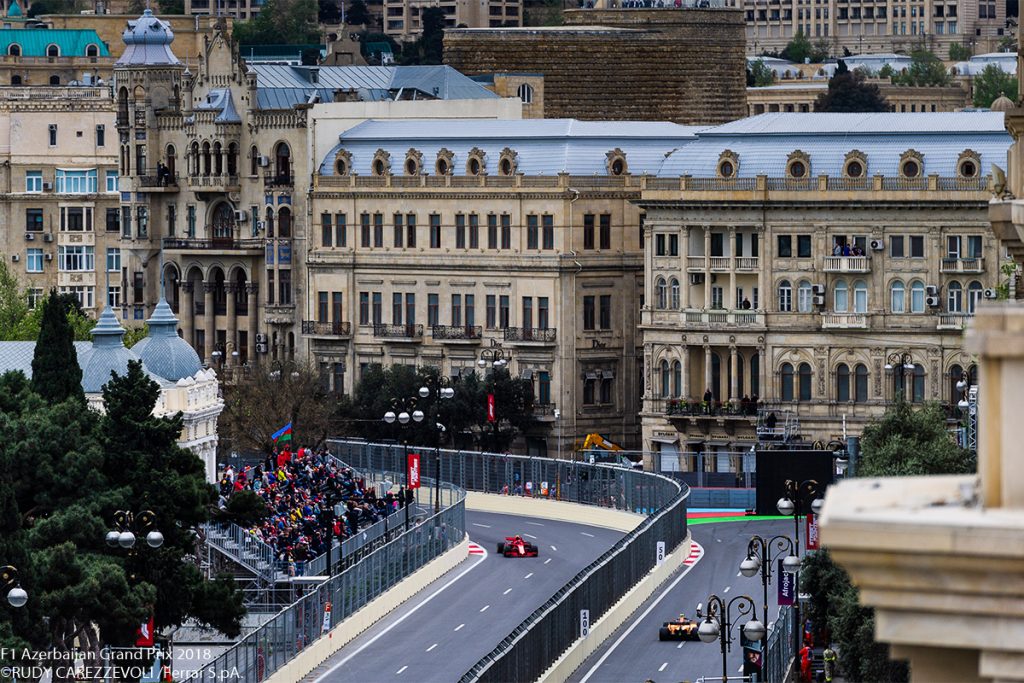 On the grid, the front runners were all on Supersofts, with the exception of Raikkonen who was using Ultrasofts. Seb maintained his pole advantage at the start, while Kimi was fighting with Ocon and right from the start, the debris was flying. Esteban ended up in the barrier and Kimi needed to pit for a set of Soft tyres and a front wing, as the Safety Car made its first appearance. The number 7 Ferrari re-emerged in 12thplace as five laps went by before the race resumed. Seb had got his tyres up to a good temperature and thus defied Baku’s slipstreaming laws. He then pulled away while Kimi began overtaking other cars so that he was 10thon lap 9. He then passed Stroll as the tyre changes began and out in front, Seb set another fastest lap. Kimi then got by Leclerc, who was having a great race in the Alfa-Sauber.

The two leaders were running at the same pace, but going into the first corner on lap 22, Hamilton locked his wheels and ruined his tyres, so that he had to pit. The leading SF71H stayed out and continued to push. Sebastian’s radar was picking up information on what was happening with the other cars. He pitted at the end of lap 30 to take on Softs, as planned. It took a few laps for the harder compound to settle down, as Bottas stayed out while Kimi was looking to go the distance.

But then it all happened on lap 40, as the two Red Bulls collided on the straight, which brought out the Safety Car, leading Ferrari to opt for a double pit stop. Seb and Kimi came in close formation. The Safety Car led the pack through the pit lane with Bottas in front on used Ultrasofts, followed by Seb, Hamilton and Kimi on new Ultrasofts. Ten laps to go and everything was up for grabs again, as Grosjean, in the process of warming his tyres, hit the wall, so the safety car period was extended.

There would be just a four lap sprint to the flag and the four leaders fanned out, Seb tried to attack but overshot the corner and flat spotted his tyres, running behind Kimi with the Mercedes duo out in front. But that wasn’t the end of the excitement as Bottas got a right rear puncture off some debris, while Perez passed Seb and that’s how it ended. 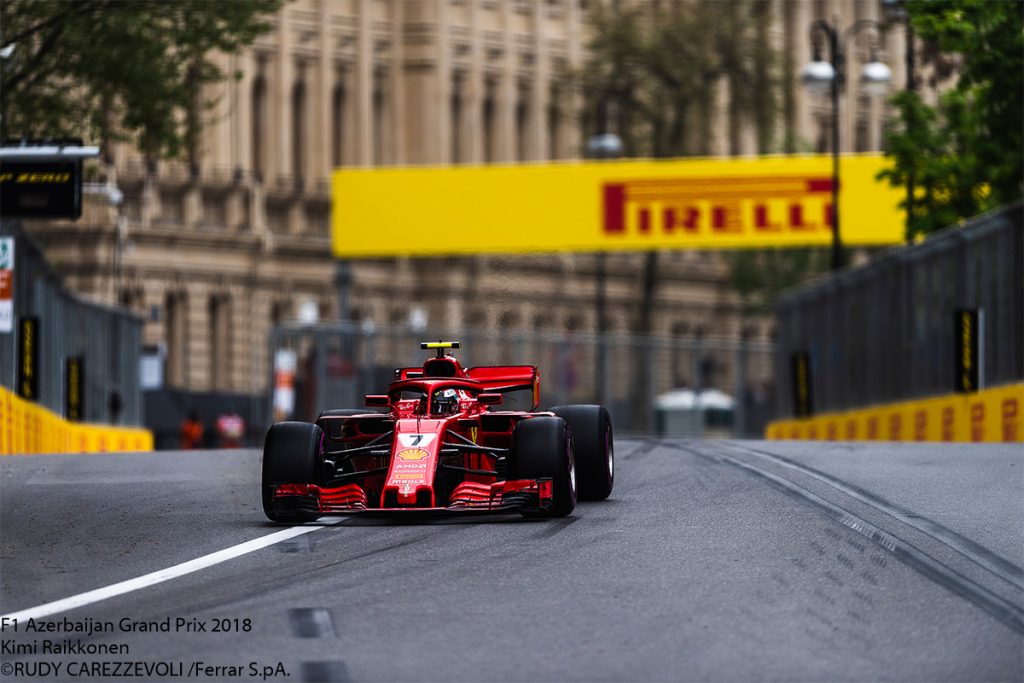 “As we had already seen yesterday, today our car proved to be very competitive and capable of doing well on any kind of circuit. We were controlling the race with Sebastian, but the double intervention of the Safety Car cancelled the gap we had built up. As for Kimi, after the accident on Lap 1, he charged back to second place. All weekend long, the team reacted strongly and calmly and now we’re looking ahead to the next race in Spain.”

“It was not the easiest or most enjoyable race. After the accident with Esteban on the first lap, I had to come in to change the nose and switch to Soft tires. I don’t know if my car was damaged, but overall the feeling was ok. The tires were not consistent, a bit on-and-off; I was struggling to keep them warm enough and had some difficult moments. Some laps they felt good and some others it was more tricky. After that, things went back to normal. I tried to stay out of trouble, pushing when it felt right to do so and do my own race. I was expecting something to happen sooner or later. It’s never too late; you need to be ready, because you never know what can happen until the race is finished. We are pretty confident for the future, because we have the speed, and this is the main thing. We just need to minimize all the mistakes and the issues to be up there all the time. Today obviously feels better than yesterday, it worked out pretty ok. I will happily take this second place, considering the tricky race we had.”

“We are not entirely happy, because we could have won. In fact, I am very upset about losing the position at the restart, because I didn’t want that to happen, but there are also so many positive aspects to take from this race. When the safety car pulled away, I saw a gap and I went for it, but obviously it didn’t work. So, now it’s easy for everyone to say that it was too big a risk, but I was driving at 330 kph on the straight, there was no reference on the left and I didn’t really have many options. Lewis was on the right, while Valtteri was ahead, but I couldn’t really go to the right. I also wanted to go for the inside, but once I locked up, it was tough luck. After that, with the flat spot, it was a shame that I had to give the position to Sergio. Apart from that, I think it was a very good race; we had a good pace and were in control. Anyway, this is how it goes sometimes. I had a chance to win and I tried. It just didn’t work. It was a quick decision, so there was a chance it wouldn’t be right. Now I think we need to look ahead because we had a strong car today. We’ll see what the other races will bring, but we need to stay hungry and keep working.” 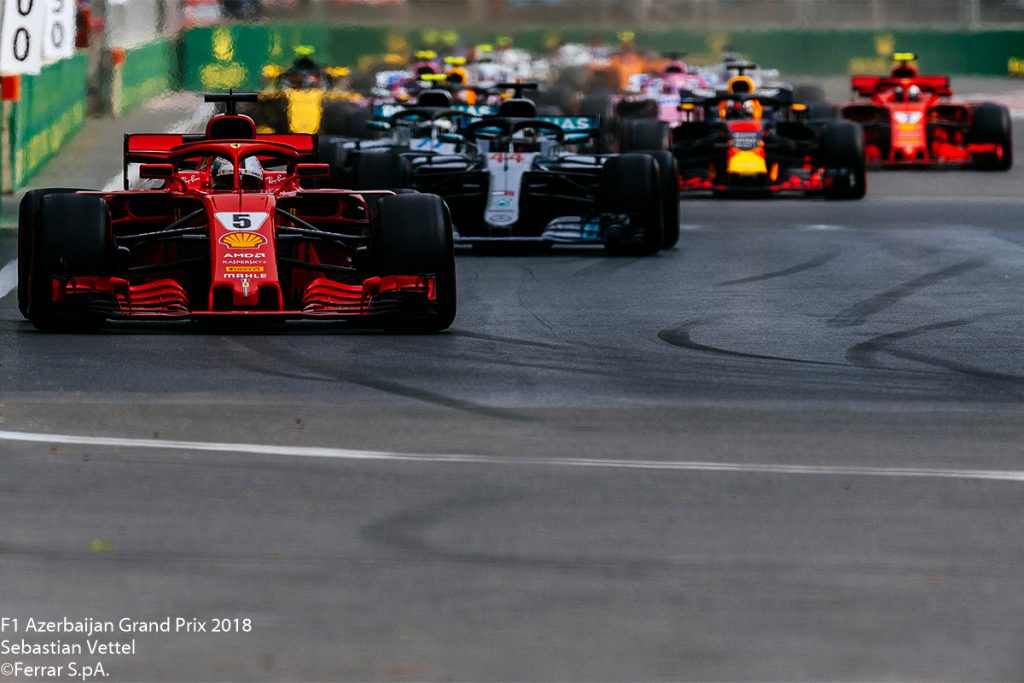