The 27th Tour Auto Optic 2ooo ended on Saturday with three special stages in the Provencal hinterland and the finish on the Place Massena in Nice. The 239 crews that took part left the Grand Palais in Paris five days earlier: they will take away unforgettable memories of the route that gave them the opportunity to discover the most beautiful roads in France. On their journey from the French capital to Nice with stopovers in Besançon, Megève, Avignon and Aix-en-Provence they drank in the beauty and variety of the landscapes they crossed. They all shared exciting moments at the wheel of the cars they had carefully prepared for the new 2100-kilometre route. And among them were the lucky few who tasted the magic thrill of victory! 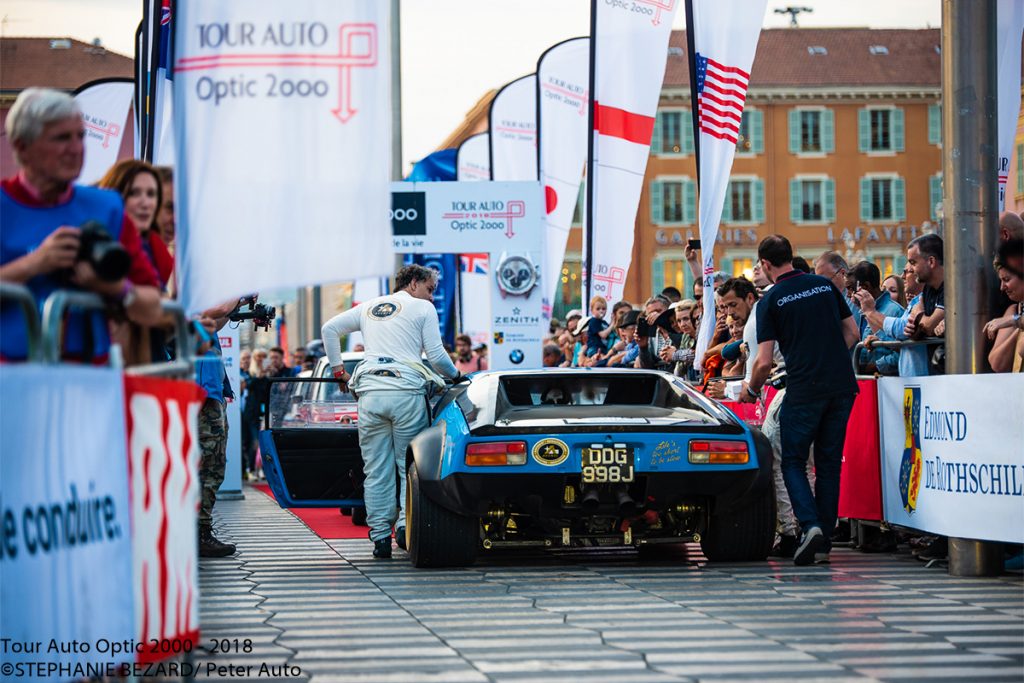 Swiss crew Raphael Favaro-Yves Badan in their Lotus Elan R26 emerged victorious in this human and sporting adventure. They were in second place on Friday, and they took advantage of the gearbox problems that hit the Ford GT40 driven by British crew, Andrew Smith-James Cottingham, in the second-last stage of the rally. The victors of the 2017 event had to retire after scoring 10 out of the 14 wins possible. Only their fellow-countrymen, Chris Ward-Andy Elcomb (E-Type Jaguar), were able to challenge their domination by clinching victory in two stages. Their hopes of a finish on the 2018 Tour Auto Optic 2ooo podium were dashed by a retirement on the Paul Ricard circuit. Thus, first place in the overall classification went to the Swiss duo Raphael Favaro-Yves Badan in their Lotus Elan R26 from French pair Frédéric Jousset-Paul Miliotis (Shelby Cobra 289), and Damien Kohler-Sylvie Laboisne (Lotus Elan R26). 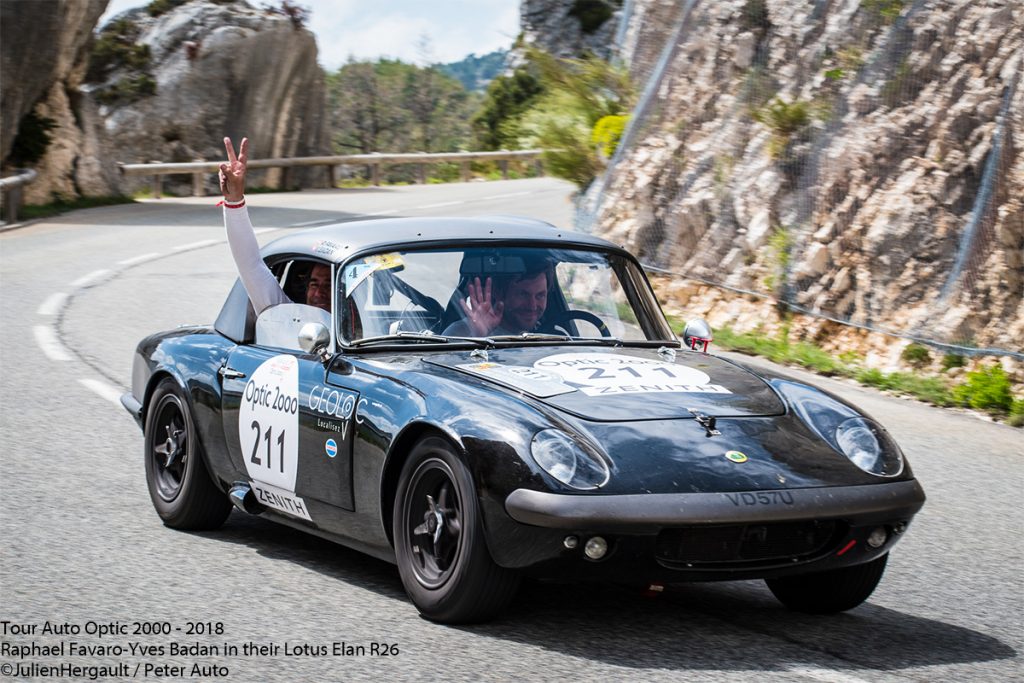 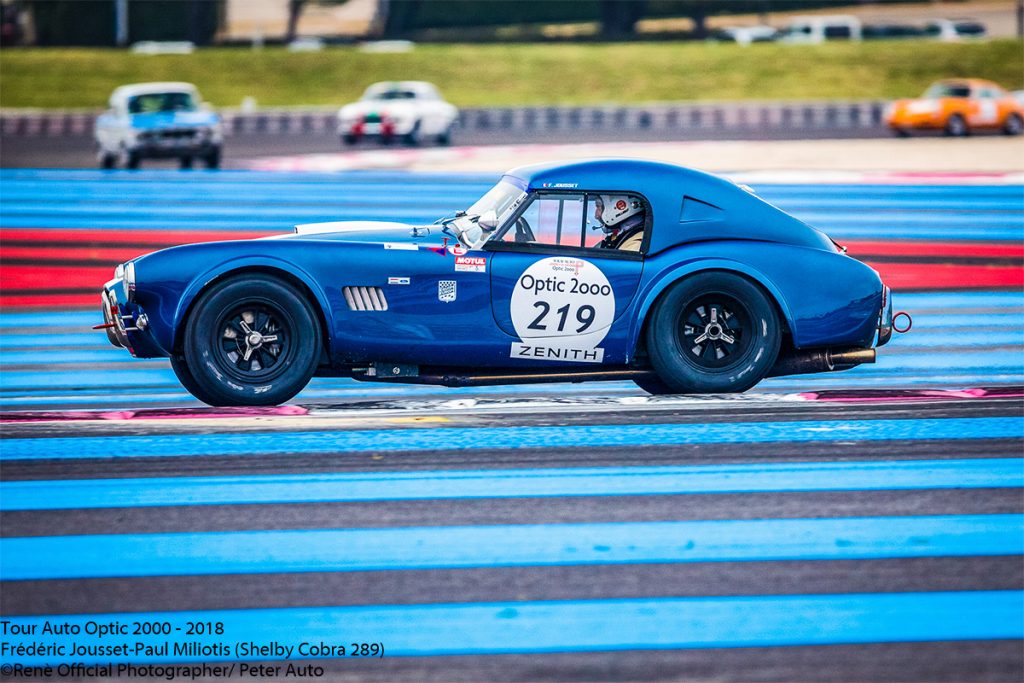 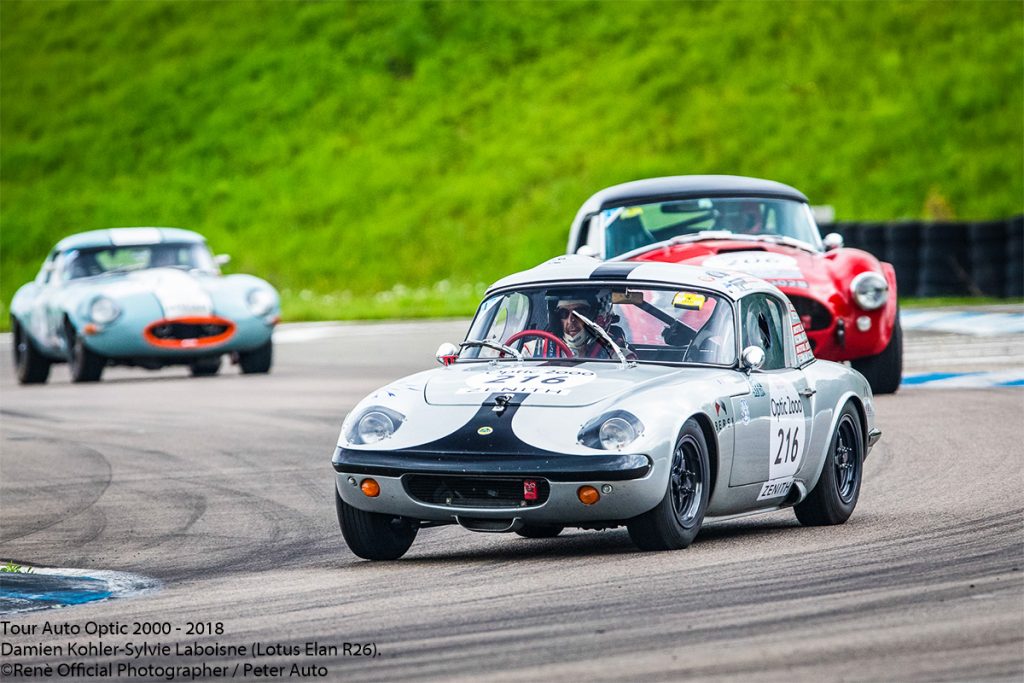 In the Regularity category victory went to French crew Jean Rigondet-Olivier Souillard (CG 1200 S) who dominated from the first to the last day of the rally. Nicolas Pagano-Michel Périn (Alfa Romeo 1750 GTV) scraped home in second place after coming under pressure from the Argentinean pairing, Tomas Hinrichsen and Solange Mayo (Maserati 200 SI) victorious in 2017, who won the Index of Performance. 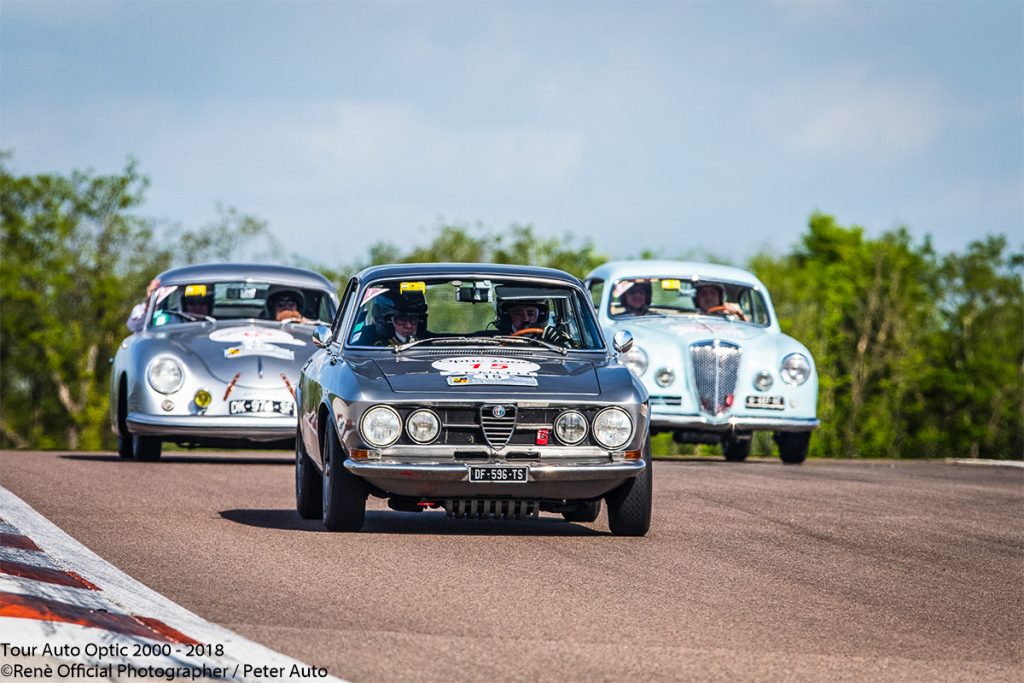 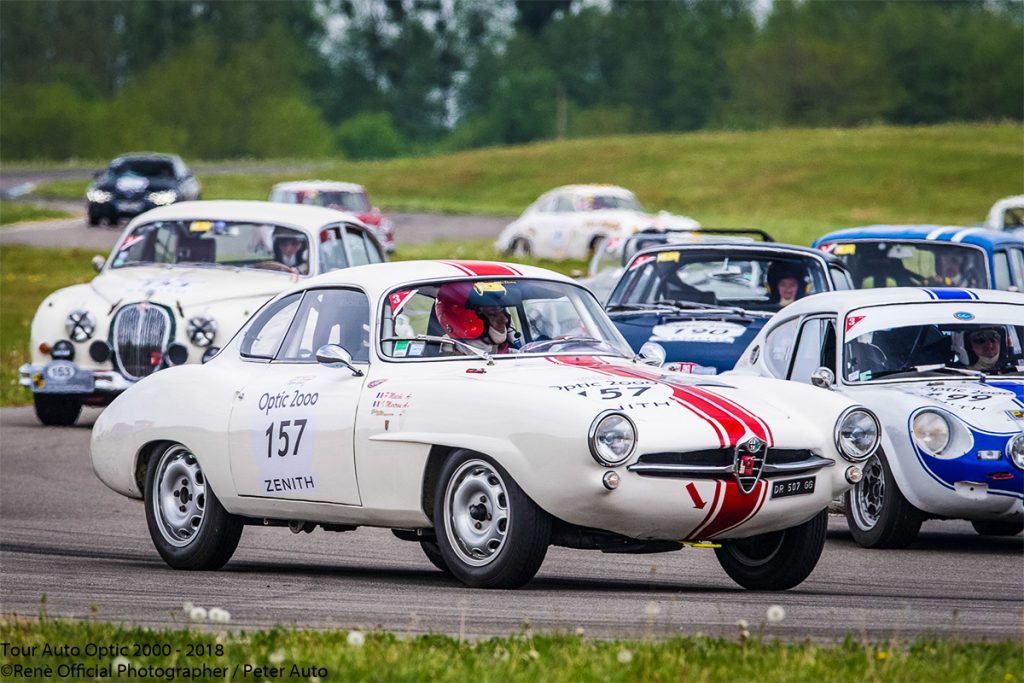 Once again the spirit of the Tour Auto 2ooo conquered big crowds proved by the large number of spectators who thronged to the Grand Palais and the finish of the stages, as well as the Dijon-Prenois, Bresse, Lédenon and Paul Ricard circuits. It was also the case at the ten special stages run on closed roads. 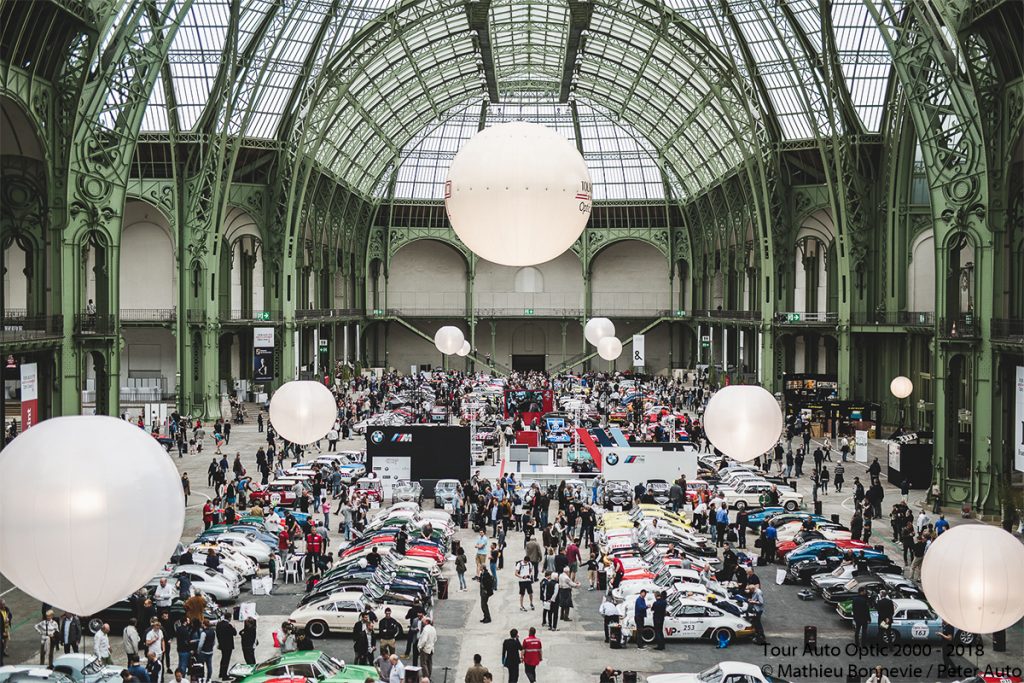 The organiser, Peter Auto, would like to thank its partners for their support, which helps ensure the long-term future of this event, the oldest in the history of motor racing still taking place. Peter Auto would also like to thank the media, which come in ever-greater numbers to cover the event and contribute to its renown. Some took part in the Tour to live this unique experience from the inside so as to be able to share it more intimately with their readers, listeners and TV viewers. Rendezvous in 2019 for the 28th event for which, as is the case every year, the organisers will plan a new route to challenge those taking part. 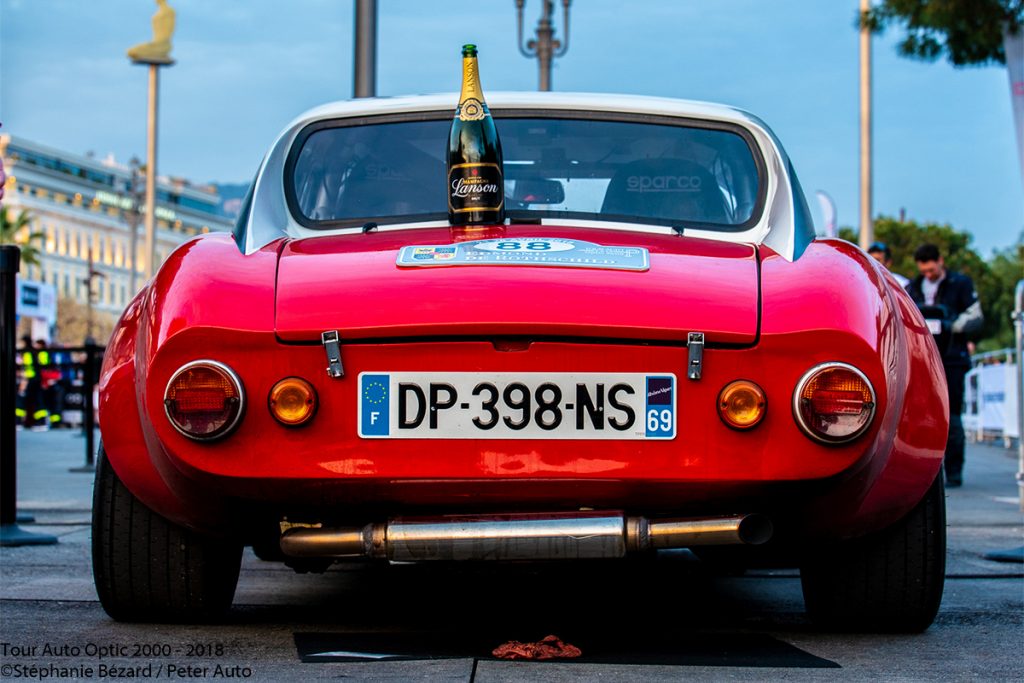 A Fantastic and Unforgetable Tour!