Fernando Alonso was sixth quickest in today’s free practice sessions for this weekend’s Azerbaijan Grand Prix. The Spaniard spent the day evaluating a number of small upgrades aimed at improving the performance of his MCL33, and reported that he was satisfied with the improvements made. However, his best FP2 time was perhaps slightly unrepresentative as a result of him receiving a tow from another car on his fastest lap.

Stoffel ended the day 19th in both sessions, another unrepresentative time after he was unable to secure a clear quick-lap when running on fresh rubber. He was nonetheless satisfied with the progress made by the team this weekend. 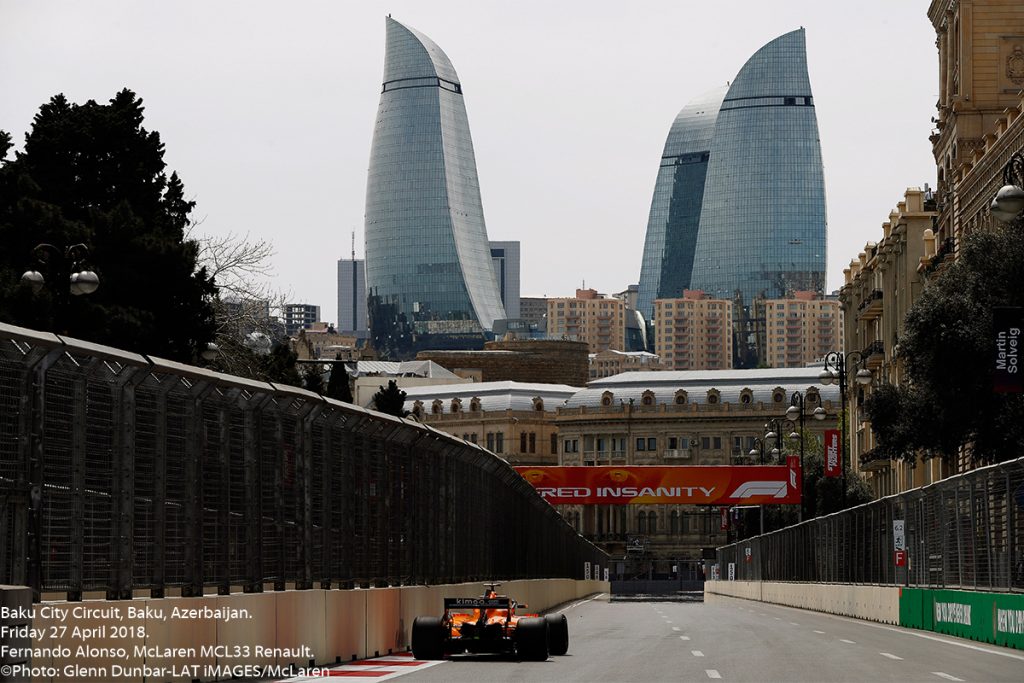 “Ours was a comfortable car to drive today – that’s always important on a street circuit, where you have to attack the corners and feel confident in the car. Today, we had a that car performed well in all three sectors, each of which is fairly unique.

“This weekend’s updates were introduced in order to help deal with the circuit’s characteristics, and seem to be working as we expected. It feels like we’ve found a little bit of speed compared to the last few races, so I’m fairly happy, as we weren’t compromised in either the corners or the slow speed sector.

“I was also a little lucky on my fast lap, running behind Nico [Hulkenberg] as he began his quick-lap, so I gained a couple of tenths in the final sector.

“It’s going to be as tough as ever to make it into Q3 tomorrow, but this is actually one of those races where you don’t really know if starting ninth or 10th is actually better than starting 11th or 12th, and getting a free choice of fresh tyre.” 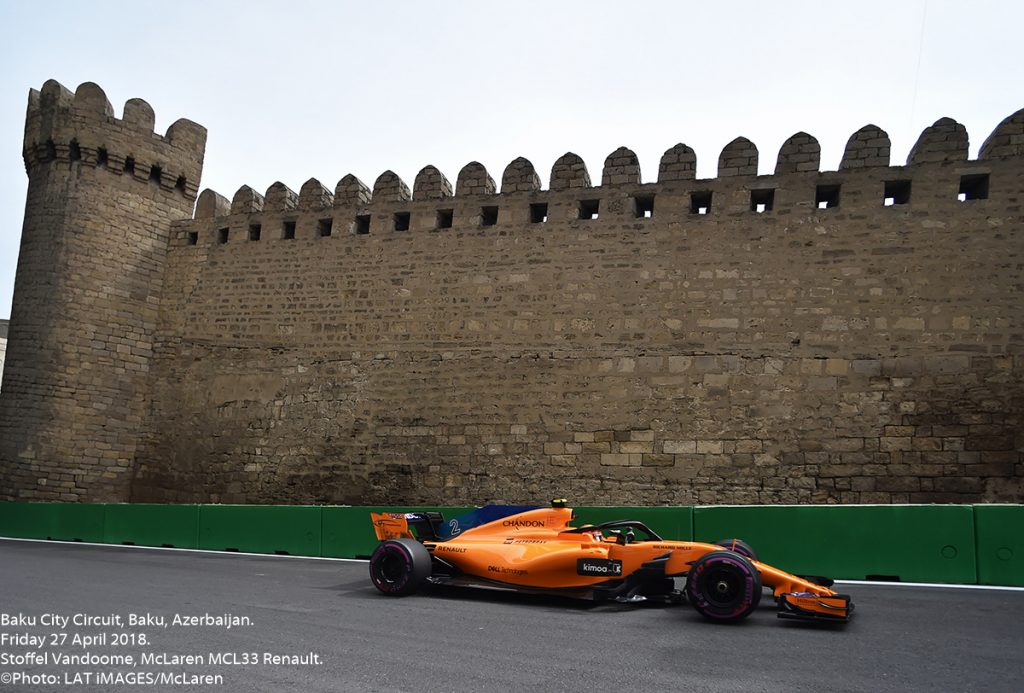 “It’s been a positive day: we tried a few new bits on the car, so our main focus was on understanding and exploiting them. There’s a lot of learning still to be done, and a lot of improvements still to be made, but I think the progress we made today shows we are headed in the right direction.

“From my side, it feels much better than it looks on the time-sheets. We didn’t get a proper run on the Ultrasoft tyre, encountering some traffic, and I had a little brush against the wall, too, so I wasn’t able to improve over the time I set on the Supersoft.

“There’s definitely more to come. Hopefully, we can put all the pieces together and have a positive result tomorrow.”

“We’ve been testing a number of components on the car during today’s sessions, carefully back-to-backing them, running with flow-vis paint, and cross-checking data with our engineers both at the racetrack and back at the factory.

“It’s a little too early to accurately determine what sort of benefits they bring, but, clearly, any improvement we can add to the car will be a bonus.

“Today’s running showed us once again that the Baku City Circuit is unforgiving, the traffic relentless, and that threading your way to a quick-lap is no easy feat. And if the rest of the weekend follows the same course as today, we could be in for another eventful and unpredictable weekend.

“As we’ve shown at all three races this year, our race team is sharp, reactive, and well-set to capitalise on the misfortunes of others. If we can add a reasonably competitive car into the mix, we could be set for a positive weekend.” 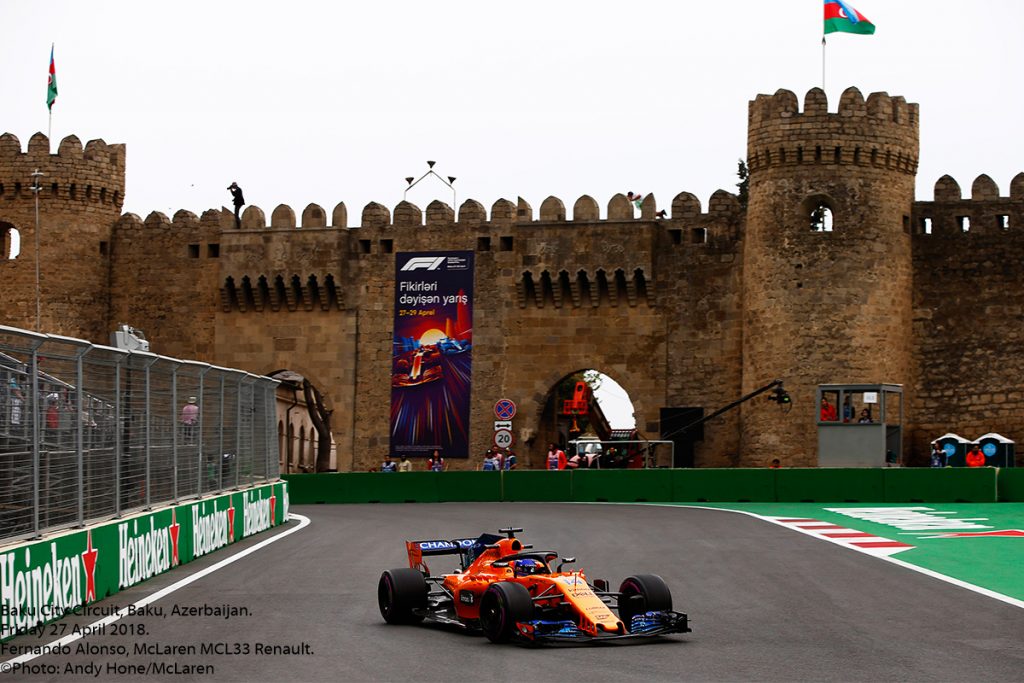