Daniel Ricciardo believes Formula 1 fans are in for a treat on Sunday as volatile weather conditions could help him and team-mate Max Verstappen challenge for a podium at the Azerbaijan Grand Prix.

The Australian, who won here last year, finished fourth in qualifying with the Dutchman fifth while Scuderia Toro Rosso pair Pierre Gasly and Brendon Hartley will start 17th and 19th on the grid respectively. 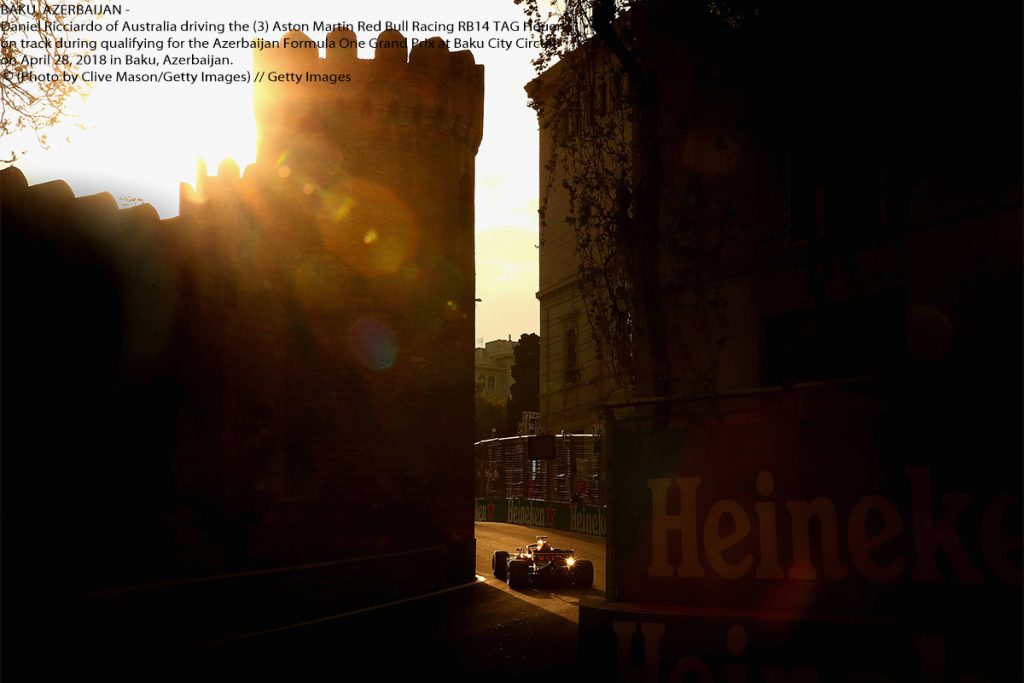 “I’m happy with the second row on the grid but it wasn’t a totally smooth day. This morning we didn’t get a go on our second set of ultrasoft tyres because of the red and yellow flags. In Qualifying, Q2 was very close on the supersofts, we had a couple of yellow flags and it was looking a bit hairy but we just made it through. In Q3 on the first run I kissed the wall and then on the last lap I had to make it clean and fortunately clean was fast enough for the second row. It’s always tough on street circuits like this, you have to be on the limit to be fast but point five of a percent inside of the limit. Just finding that balance isn’t easy but I’ve felt good all weekend and obviously have good momentum from here last year and China, so we will race hard and hopefully get back on the podium. I’m looking forward to a good street fight tomorrow (laughs). I believe the top five start on supersofts and we’re all trying to avoid the ultrasoft on high fuel due to the graining in colder conditions, so that strategy makes sense for us. I’m also going to eat lots tonight to make sure I don’t blow away in the wind tomorrow as it looks like it’s going to be pretty crazy out there!”

“Qualifying today was ok; nothing special but we are also not too far away. We were in reach but of course we know that in Qualifying they turn up their engines, but in general not bad and I think we have a good chance to fight tomorrow. On the last run we were waiting to try and get a tow. I think that cost us a bit because I was waiting in the garage with the heaters already off and couldn’t get heat in the tyres like I wanted to. With the tyres the ultrasoft is not that easy but we qualified on the supersoft so hopefully that will give us a longer first stint. The top five cars are on the supersofts so I don’t think it will offer much except we can extend the stint for longer compared to Kimi who is on the ultra, but we’ll find out. The wind was very tricky today and is forecast to be even stronger tomorrow for the race, so we’ll have to see what that does. Aerodynamics are very sensitive to wind, it’s the same as in a plane, you can fly fast in one direction and can go faster in the other direction. The cars are very sensitive to that, we had some struggles in the corners, and the more downforce you have the more tricky the wind can be. We are still in a good position to fight from and many things are possible on this track.” 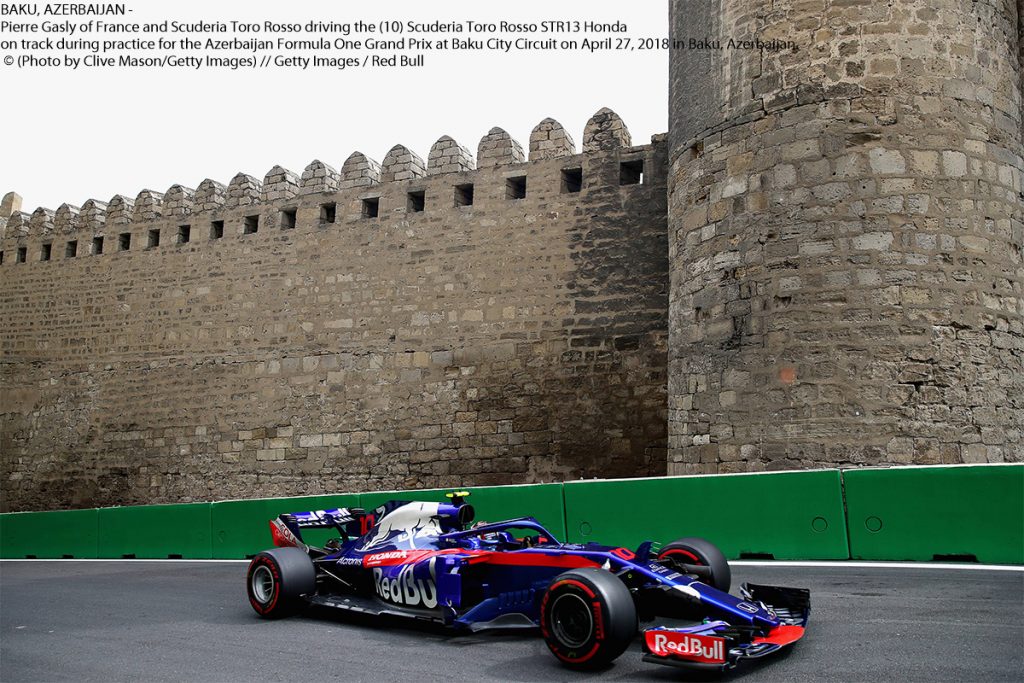 Qualifying – Best lap: (Q1) 1:44.496
“It was probably the scariest moment of my career! I was sure I was going to crash into Brendon because it’s the part of the track where we’re going at 320kph. Brendon had slowed down massively and I had to change direction when I saw he was slow, but I didn’t know if he was going left or right but I managed to avoid him. I’m really disappointed that I couldn’t make it to Q2. I was improving by sixth/seven tenths which means Q2 was on the cards, this would have been a good result after the tough weekend in China. It’s a big shame for the team but it’s good that in the end we avoided a crash. It’s clear that no one wanted anything like this to happen, but it’s the second time we’ve had a coming together so we need to make sure that we avoid situations like these.”

Qualifying – Best lap: (Q1) 1.57.354
“It was a disaster of a day. I hadn’t done a lap until the point of the incident because the previous ones were interrupted by yellow flags. This lap was coming along really well and I was happy with the car, but I clipped the inside of the wall very lightly. At the beginning I didn’t think there was any damage so I was still pushing, then I realised going through the fast left-hander that there was a puncture. I had to slow down immediately trying to avoid hitting the wall, but Pierre was coming very quickly behind and I completely misjudged it. When I looked in the mirrors I moved to the left and that’s the same way he wanted to go. I made a complete mess of it. I’m really disappointed and I owe him a big apology because that was really average.” 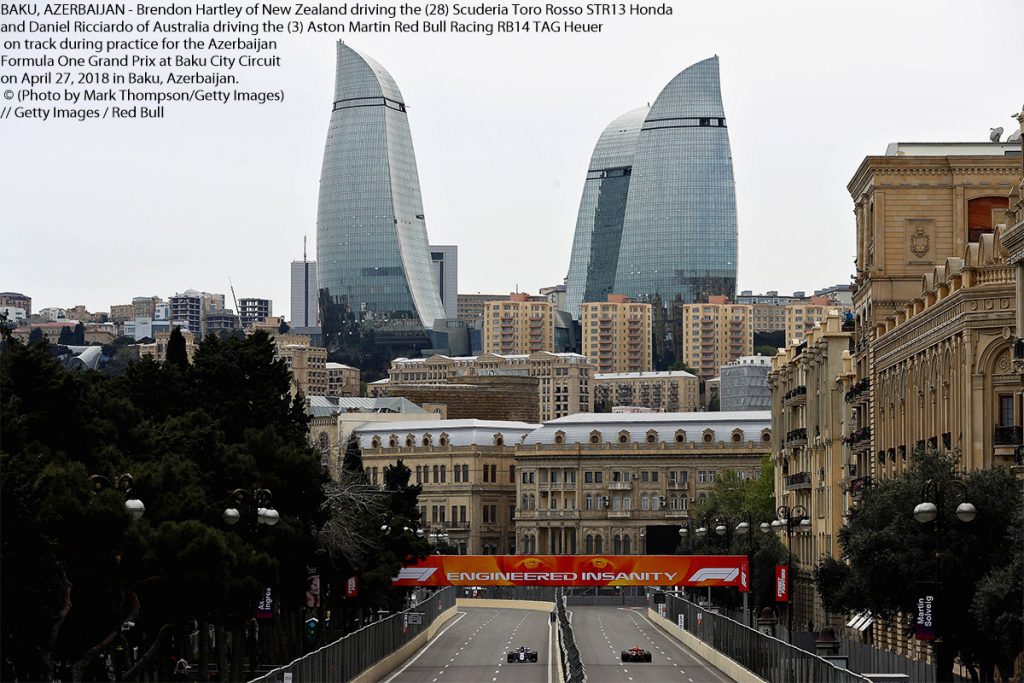