Two races, two podiums: Gary Paffett made a strong start to the season at the home race of Mercedes-AMG Motorsport in Hockenheim 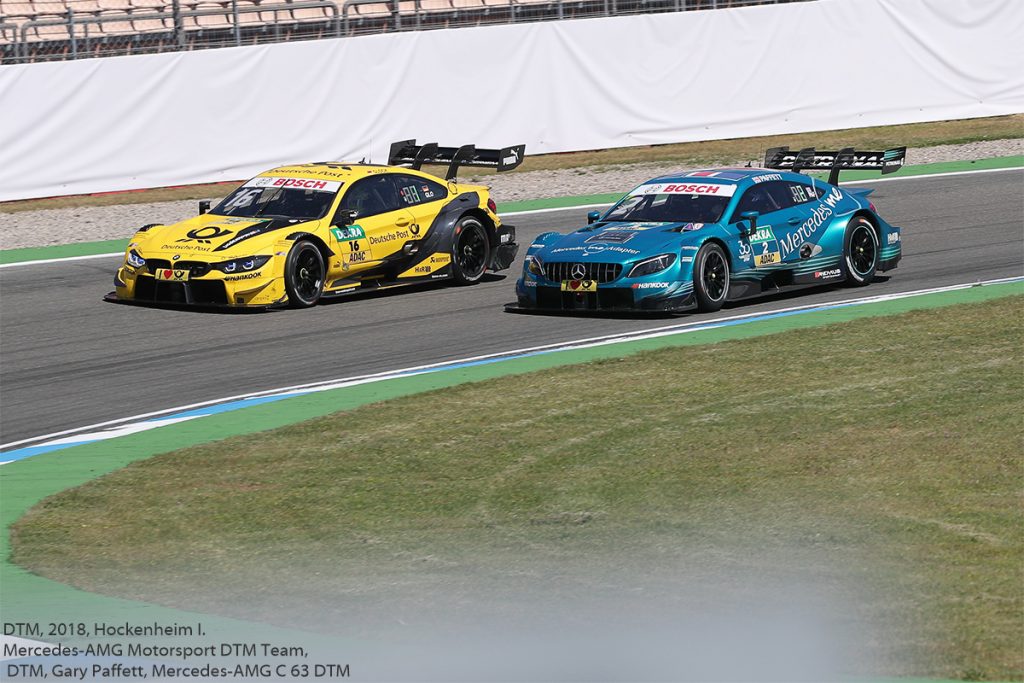 Spectacular end to the second race of the DTM opening weekend at Hockenheim: Scrapping all the way to the finish line, Gary Paffett (Mercedes-AMG Motorsport PETRONAS) battled the eventual winner, BMW driver Timo Glock, and Audi driver Mike Rockenfeller for position. Gary, who had won the opening race at Hockenheim on Saturday, started the race from 10th position but quickly moved up front and even led the race. After a thrilling finish, he booked P3 behind Glock and Rockenfeller, thus taking his second podium finish of the weekend, the 40th in his DTM career and twelfth at the Hockenheimring. 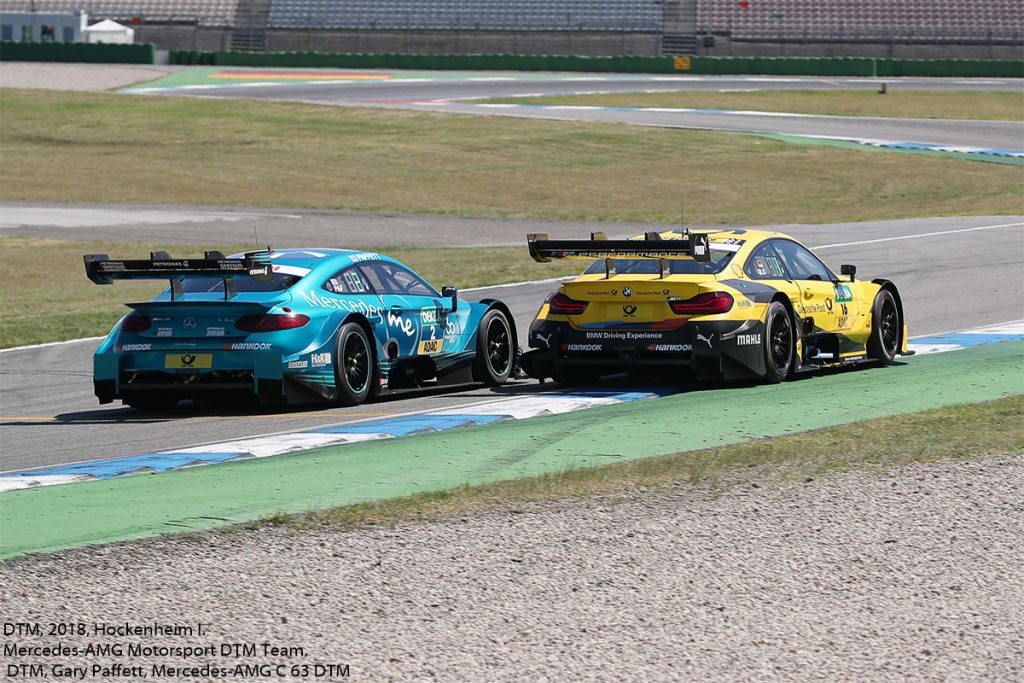 Edoardo Mortara (SILBERPFEIL Energy Mercedes-AMG Motorsport) qualified fourth on Sunday morning for the second race of the season at Hockenheim. He had to retire to the pits with engine problems shortly after the start. In Race 1 on Saturday, Edoardo had just missed a podium finish, coming home in fourth place.

Mercedes-AMG Motorsport have secured one win, two further podiums and a total of nine points-scoring finishes as they depart from Hockenheim. Team Mercedes-AMG Motorsport PETRONAS (61 points) lead the team rankings by 17 points after this first race weekend of the season. In the constructors’ championship, Mercedes-AMG (103 points) are in first place with a lead of 31 points on BMW (72). 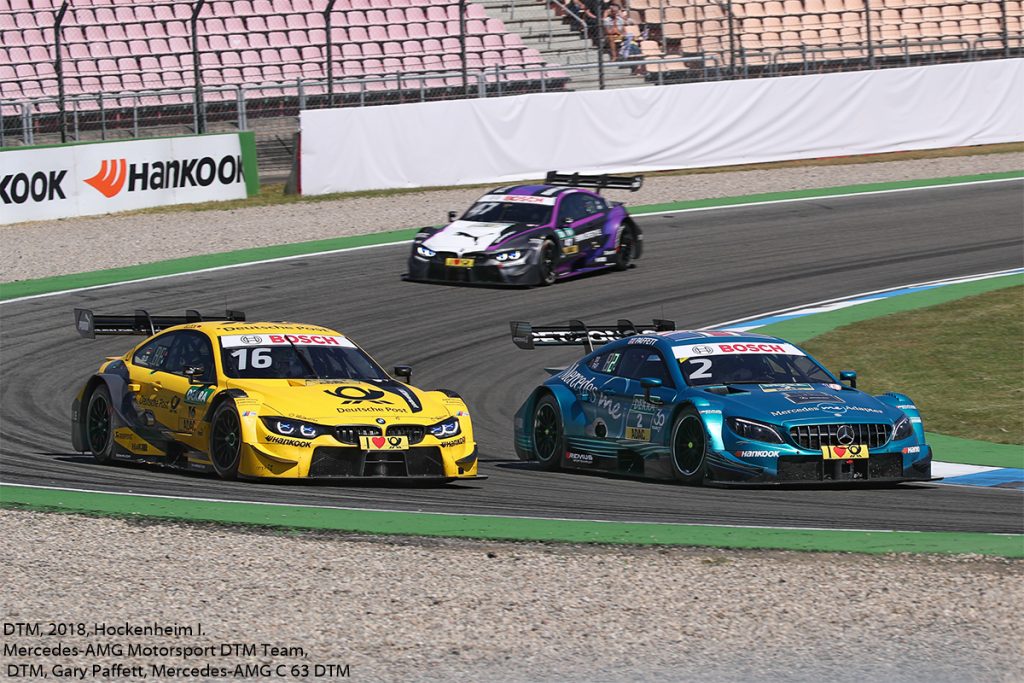 The next race weekend: The second race weekend of the 2018 DTM season will take place 18th – 20th May at the Lausitzring.

Comments after the race

“I love Timo (Glock), that was incredible. We could have both backed off at any time and taken second place. Because we knew that the others were eventually going to catch up with us. But neither of us wanted to give up. At the end of the day, third place is disappointing, but it was worth it. It was the best race I’ve ever driven in. A fight for the win like that is absolutely incredible. I used up my DRS relatively early on. That’s why I just wanted to get past Timo and pull out a one-second gap. But every time I looked in the mirror, it wasn’t quite enough and there he was again.”

“Overall, it was a good first weekend. I finished in the points twice and considerably more should have been possible in both races. We now have to investigate what happened with the pit stops where we kept losing the places we had just gained previously. Nevertheless, I secured 18 points this weekend. That’s pretty good for the first race meeting of the season. We have a good car, which is why I’m really looking forward to the rest of the season.”

“I think we were too aggressive with strategy and stopped too early. Maybe three or four laps longer would perhaps have helped. I had a bit too much understeer and the car was very hard to drive. P9 is disappointing after lying third for most of the race. It’s been a tough weekend with plenty of ups and downs. I secured some points in the end but am definitely not satisfied.”

“That was, unfortunately, a classic case of jumping the lights. Sorry to the whole team. When you make a mistake like that and get penalised for it, your race is practically over, but it’s now over and done with. Life goes on and I’m focused only on the future. We’l l have to take the speed from here with us and then see how we do in two weeks’ time at the Lausitzring.”

“The penalty came as something of a surprise for me. But my race was compromised from the start. I had a problem with the clutch going into the start and killed the engine even before the lights went out. After that, it took ages before the car would start again. That was a setback, and then came the penalty which I still don’t fully understand, because I didn’t move at the start, and that was because I’d stalled the engine. Then I tried a different strategy, but my front left tyre had a flat spot, and I couldn’t get any more out of it.”

“Unfortunately, my race was over before it had properly started. I had engine problems and had to park up in the pits, which is obviously very disappointing, especially after fourth place yesterday and a decent P4 on the grid for today’s race. I was pleased that we had come back so strongly in the second qualifying session after experiencing some problems in practice. Too bad we didn’t get a point for that. That would have been a great position on the grid for the race, but unfortunately, it was not meant to be.”

“What Timo, Gary and Mike showed today was racing at its best. It turned out badly for us, unfortunately, but I can hardly remember a more intense, closer finish than today’s. At any rate, we had obviously hoped to do more after qualifying. Nevertheless, we can certainly be satisfied with this weekend’s result.” 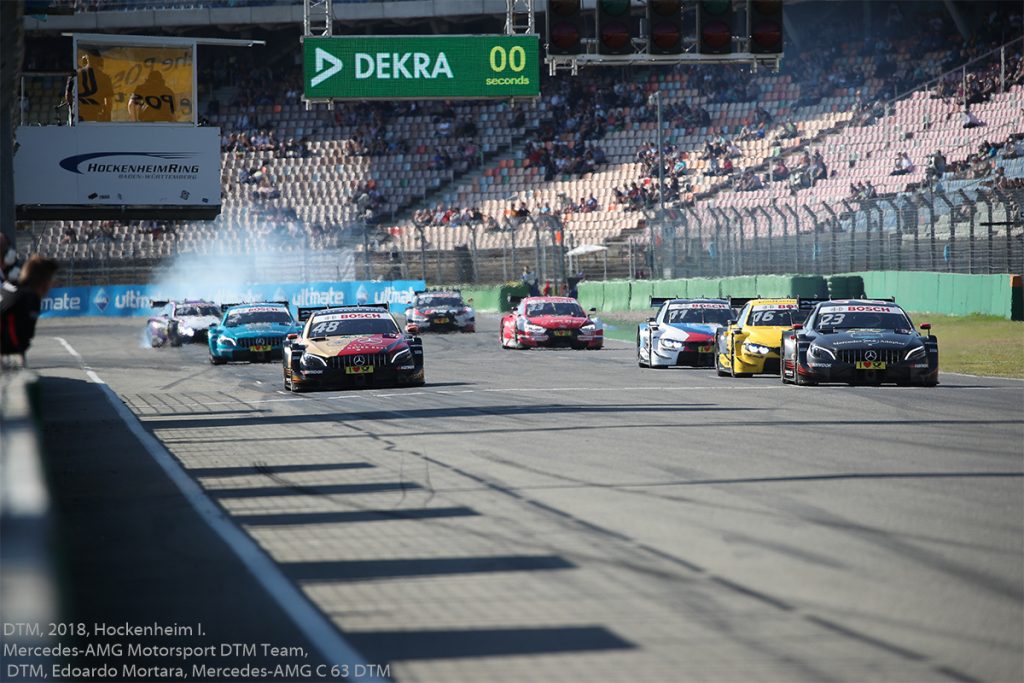