Sant’Agata Bolognese (August 1, 2017) –Lamborghini Super Trofeo North America makes its way to yet another classic American road course this weekend for the third stop of the 2017 season at RoadAmerica. The historic venue will play host to Rounds 5 and 6 of the championship, marking the midpoint of the season’s intensifying championship battles.

Competition in the series is divided into separate classes, Pro, Pro-Am, Amateur (Am), and Lamborghini Cup – a class for those new to professional racing.

Richard Antinucci has been the dominant driver in the Pro category this year, winning the first three races in a row. The driver of the No. 16 Change Racing entry, representing Lamborghini Carolinas saw his championship lead crumble after trouble struck in the second race at Watkins Glen International, forcing him to finish off the podium.

Antinucci’s misfortune was a boon for the Prestige Performance driver pairing of Riccardo Agostini and Trent Hindman, who won their first race of the season at Watkins Glen and moved to just four points behind the leader’s total for the season so far. The pair hope to continue the upward momentum at Road America in their No. 1 entry, representing Lamborghini Paramus, setting up a close battle for the rest of the season.

Ashley Freiberg, the third-place driver in the Pro standings, made history at Watkins Glen, becoming the first woman to stand on the overall podium of any of Lamborghini’s worldwide Super Trofeo series. After testing her No. 30 DAC Motorsport entry, representing Lamborghini Palm Beach, at Road America last month, the young driver expects to race strongly this weekend, hoping to close the points gap to her competitors in the category.

Edoardo Piscopo and Taylor Proto have a stranglehold on the Pro-Am championship standings entering the Road America race weekend. The duo’s No. 50 US RaceTronics entry, representing LamborghiniBeverly Hills, has finished no lower than second on the Pro-Am podium this year. 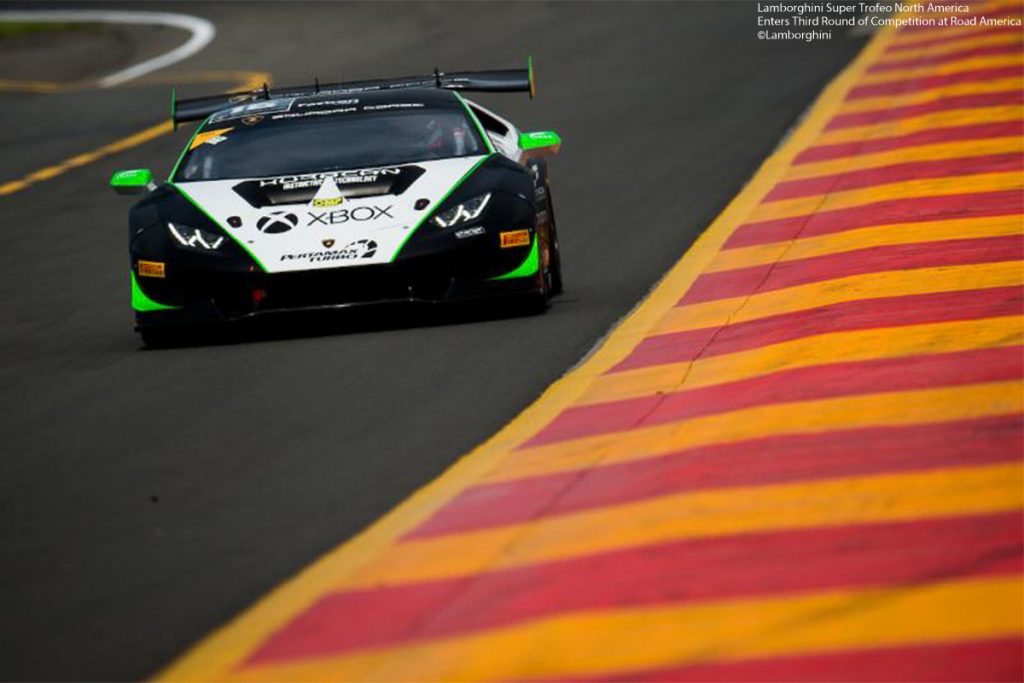 Trailing the Piscopo and Proto pairing are Brandon Gdovic and Todd Snyder in the No. 46 DAC Motorsports entry, representing Lamborghini Palm Beach. After a more difficult weekend at Watkins Glen, the two will look for a return to podium form they enjoyed in the season-opening rounds at Circuit of The Americas.

Austin Versteeg will be a Pro-Am entry to watch at Road America. Despite his third place in the championship standings, the young driver has been quick throughout the season, earning a win in his category and second-place overall finish in the second race at Watkins Glen. Versteeg will be hunting for a maiden overall victory in his bright red No. 7 DXDT Racing entry, representing Lamborghini Dallas, this weekend. 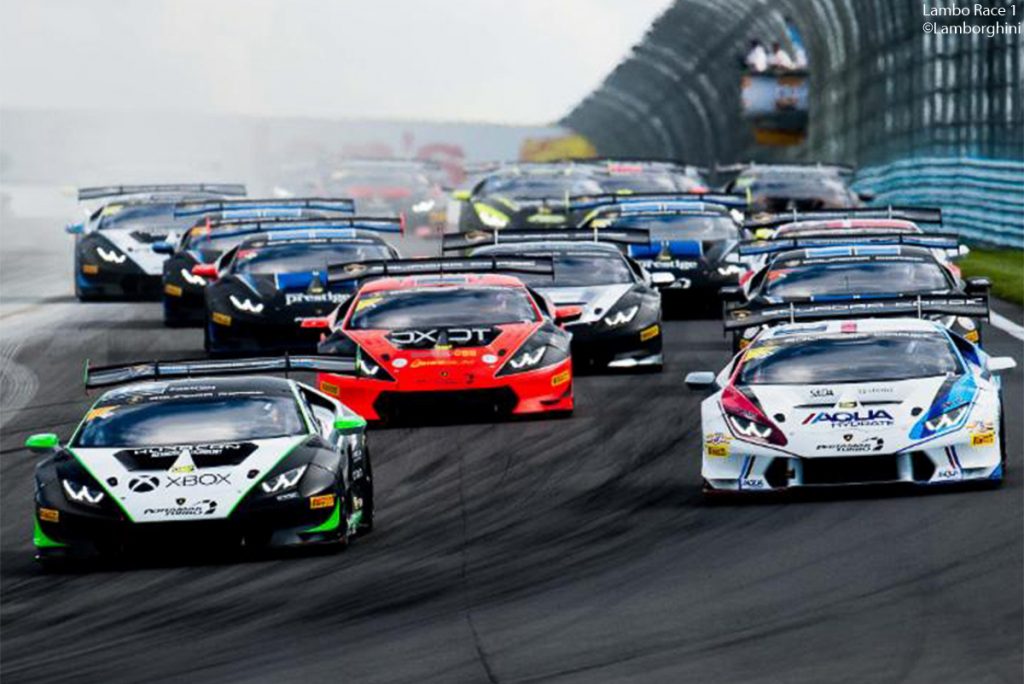 Tape-delayed coverage of Road America will air on the CBS Sports Network on Aug. 27, 2017 at 3 p.m. ET. The coverage will feature live commentary on both the broadcast and live streams.

Lamborghini Super Trofeo races will be live-streamed on the following platforms: squadracorse.lamborghini.com​, motortrendondemand.com and Internationally on imsa.tv and radiolemans.com. Tape-delayed coverage of each event will air on CBS Sports Network in primetime. The coverage will feature live commentary on both the broadcast and live streams.

The North American series continues to attract increasing numbers of competitors and interest.

The Lamborghini Huracán Super Trofeo adopts the V10 direct injection engine mounted on the road car, managed by a MoTeC control unit that delivers a maximum output of 620 horsepower. The frame is a hybrid carbon/aluminum construction with modified geometries to house an improved radiator up front and better accommodate the racing gearbox at the rear, which also provides better aerodynamics.