IMSA WeatherTech SportsCar Championship: A fortnight after its historic maiden victory at Lime Rock, the new Porsche 911 RSR now heads to its first outing on the legendary Road America racetrack on 6 August.

The storied 6.515-kilometre circuit not far from Elkhart Lake in the US state of Wisconsin is regarded as the birthplace of American sports car racing. The Porsche GT Team tackles round eight of the IMSA SportsCar Championship fielding two 911 RSR in the extremely competitive GTLM class against BMW, Chevrolet and Ford. Based on the high-performance 911 sports car, Porsche Motorsport in Weissach designed the 911 RSR for this season as a completely new development. Porsche customer teams tackle the GTD class with the 911 GT3 R, which rounded off Porsche’s triumph at Lime Rock with a second class victory after Daytona. 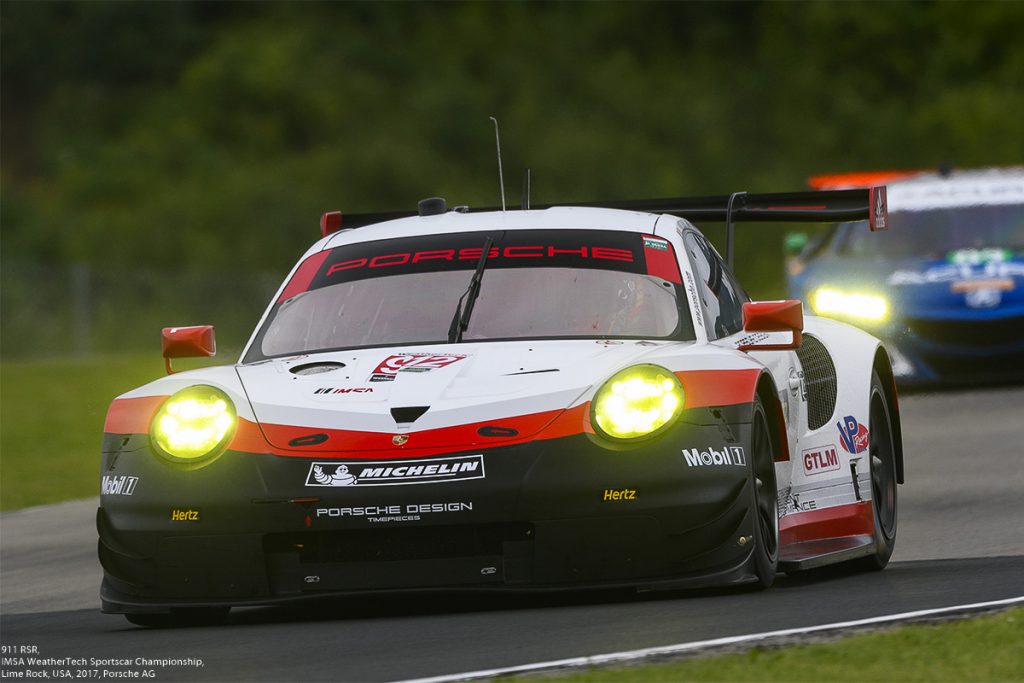 Road America, which was opened in 1955 and is located halfway between Milwaukee and Green Bay on Highway 67, enjoys a long tradition. It is one of the oldest racetracks in the United States and one of the few circuits to have retained its original layout. It’s not surprising that it is called “America’s National Park of Speed”. With its long final straight and 14 corners, Road America is the longest circuit on the IMSA SportsCar Championship calendar and the most challenging. In 2015, Porsche celebrated a double class victory with the predecessor model of the new 911 RSR. 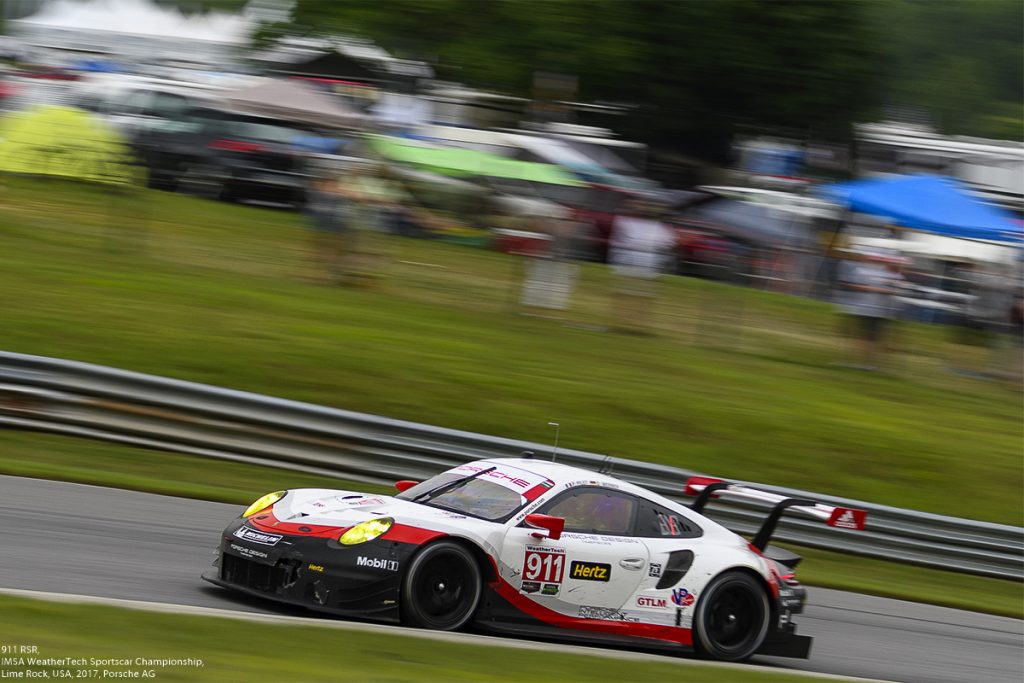 The 911 RSR, which clinched its maiden victory at Lime Rock on July 22, 2017, is a completely new development. Depending on the size of the restrictor, the motor, which is now positioned in front of the rear axle, puts out around 375 kW (510 hp). The level of downforce and the aerodynamic efficiency were significantly improved. The 911 GT3 R, mounted with the ultra-modern four-litre, flat-six engine with direct fuel injection, was designed by Porsche for worldwide GT3 series on the basis of the 911 GT3 RS production sports car. The more than 368 kW (500 hp) customer sports racer kicked off the 2017 season with a class victory at the 24 Hours of Daytona.

This is the IMSA SportsCar Championship:

The IMSA SportsCar Championship is a sports car race series contested in the USA and Canada, which was run in 2014 for the first time. The series was formed from the merger of the American Le Mans Series and the Grand-Am Series. Sports prototypes and sports cars start in four different classes: GTLM (GT Le Mans), GTD (GT Daytona), P (Prototype) and PC (Prototype Challenge). The new Porsche 911 RSR runs in the GTLM class, with the Porsche 911 GT3 R contesting the GTD class.