Another spectacular new destination joins the Longines Global Champions Tour circuit in 2017 with a prestigious event at the Royal Hospital Chelsea in the heart of London, marking the return of the Tour to the United Kingdom. The high calibre event will feature the sport’s Olympic and World Champions including Great Britain’s Rio Olympics gold medallist Nick Skelton and members of the London 2012 Olympic Games gold medal team. For the first time in history, the beautiful and historic grounds of the Royal Hospital Chelsea will host the event from 4th – 6th August. 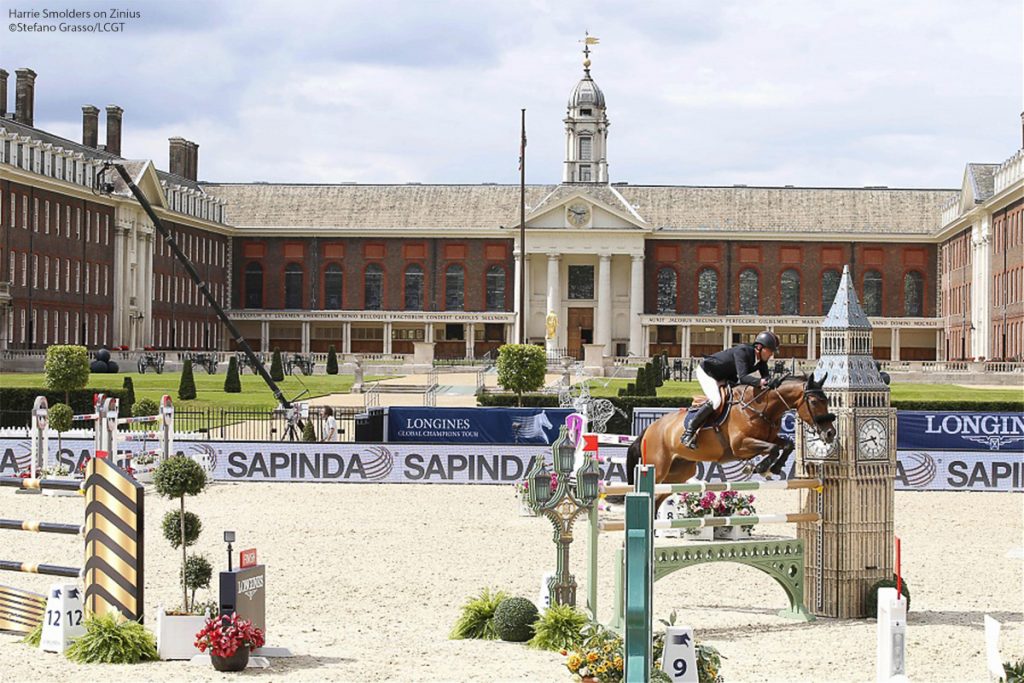 The unique new venue of the Royal Hospital Chelsea is the location for the world famous Chelsea Flower Show each year. World class show jumping will take place on the South Grounds which lead down to the River Thames with the breathtaking backdrop of the heritage buildings designed by Sir Christopher Wren. Founded by King Charles II over 300 years ago, it has provided care and comradeship for veterans, known the world over as the Chelsea Pensioners.

The UK has a strong equestrian community with millions of people riding and following the top British show jumpers as they compete around the world. The new London event on the Longines Global Champions Tour calendar will be the 12th event on the 15-event circuit, coming at a key stage in the 2017 season when the ranking battle will be at full throttle.

Something for all the family…

With a shopping village, refreshment areas and thrilling sporting action packed into three days there will be something for all the family as the LGCT and GCL series raise the temperatures in London.  In the village area, delicious food and drinks will be available throughout the competition, and for the children there will be a dedicated area, including face painting and the gorgeous Longines Carousel ride. Throughout the weekend there will be autograph sessions with the top British riders, as well as in-arena entertainment, all set against the stunning backdrop of the Royal Hospital Chelsea.