Home »News»BMW i enjoys ever increasing success and market share.

Munich / New York. The BMW i3 continues to build on its successful start to life in both the global new vehicle registration rankings and various major competitions. Most recently, the all-electric BMW i3 (94 Ah) was crowned the winner of the World Urban Car Award 2017 presented at the New York International Auto Show. The i3 combines a vehicle concept developed from day one to provide pure-electric mobility in urban areas – featuring a passenger cell made from carbon fibre-reinforced plastic (CFRP) – and powerful BMW eDrive technology with an extremely powerful high-voltage battery to increase the car’s range by around 50 per cent.

“We are delighted that the BMW i3 has been recognized as the World Urban Car of the Year,” says Ludwig Willisch, President and CEO of BMW of North America. “The design brief for the i3 was to create a Mega City Vehicle for the cities of the future. Today, the impressive range of the BMW i3 (94 Ah) and its high level of dynamic performance make it the perfect sustainable urban vehicle for people around the world.”

The BMW i3 (94 Ah) (fuel consumption in the NEDC combined cycle: 0.0 l/100 km; electric power consumption combined: 13.1 – 12.6 kWh/100 km; CO2 emissions combined: 0 g/km) was the inaugural winner of the new urban mobility category of the renowned World Car of the Year Award (WCOTY). The competition’s Steering Committee launched the prize in recognition of the specific demands on personal mobility in urban environments. As well as the restricted availability of road and parking space, plans to reduce the emissions generated by road traffic present vehicle manufacturers with challenges that only innovative vehicle concepts can hope to address. World Car Vice-Chairman Mike Rutherford noted how the BMW i3 had demonstrated that such models can be classy and attractive, and also very enjoyable to drive. With its compact exterior dimensions and 125 kW/170 hp electric motor, he described the BMW i3 as “among the best value‐for‐money products on the market”. 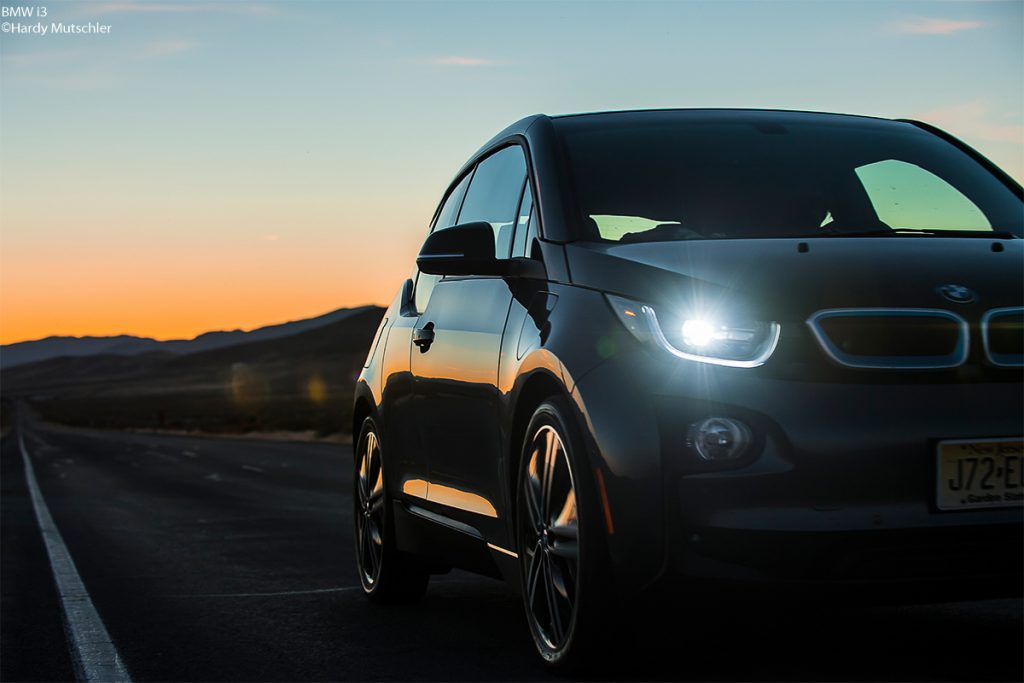 Global leadership powered by BMW i’s eDrive technology: with its BMW i and BMW iPerformance models, BMW Group is the most successful manufacturer of vehicles with alternative drive systems. *

Since it was launched some three-and-a-half years ago, the BMW i3 –with its steadily rising registration figures – has been a constant presence at the top of the sales charts for premium compact electric vehicles both in Europe and around the world. Evidence of the i3’s leading role in the development of electric mobility can be found not least in the fact that, in many markets, it now has a significantly higher share of the electric vehicle market than its parent brand BMW can claim in segments for conventionally powered models. In Germany, for instance, the i3 now has a 22 per cent share of the market (BMW overall: 8 per cent), in Norway it tops the statistics with 27 per cent and Europe-wide the figure is 17 per cent. The BMW i8 plug-in hybrid sports car has also contributed to the international success of the BMW i brand. With its unique and enthralling blend of driving pleasure and sustainability, it has risen to become the world’s most successful hybrid sports car.

Through the extensive transfer of technology to the other BMW Group brands, BMW i has also been a significant factor in the company’s outstanding market success in the field of sustainable mobility. Since March 2017, the BMW eDrive drive-system technology originally developed for BMW i models has found its way into six BMW model ranges and been introduced for the first time in a MINI. Since the start of 2017, BMW has led the way in the premium segment not only in Germany, but also across Europe and around the world with its BMW iPerformance Automobiles. In Germany, it has a 28 per cent share of the plug-in hybrid market, and BMW iPerformance Automobiles have a worldwide market share of 20 per cent. 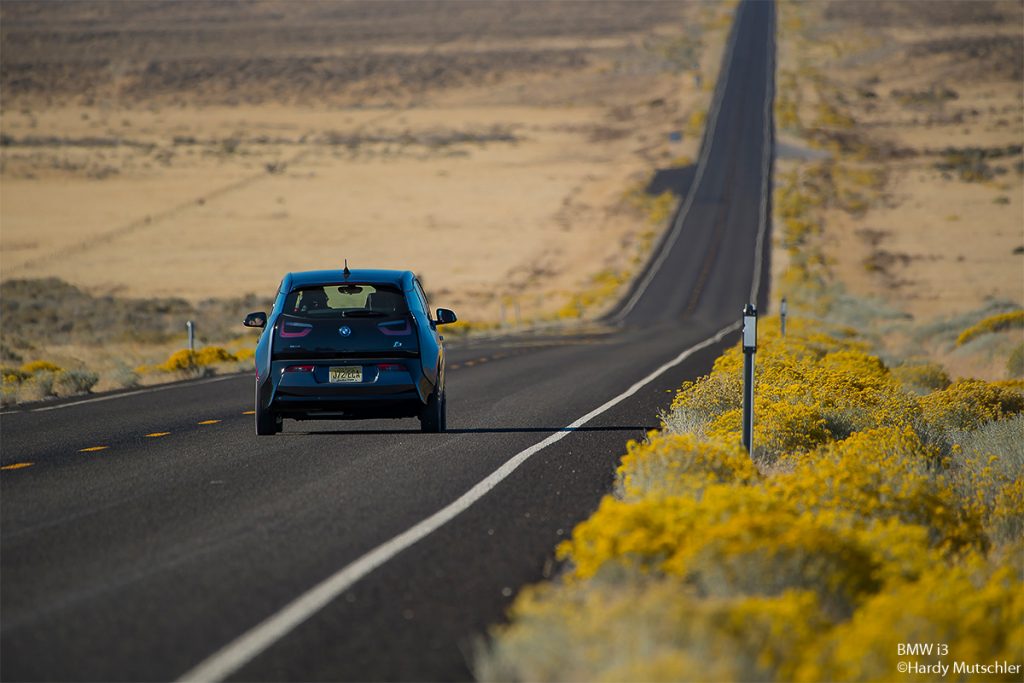 Fuelled by the burgeoning popularity of its BMW i and BMW iPerformance Automobiles, the BMW Group has spearheaded progress in the field of sustainable mobility. The overall picture of market segment coverage and sales figures shows that the company is now the leading provider worldwide of vehicles with electrified drive systems. Offering models in nine different vehicle classes, the diversity of the BMW Group’s vehicle line-up is beyond that of any rival, and the company currently stands third for new registrations in the global electric and plug-in hybrid vehicle market overall.

As well as enjoying continuing sales success, the BMW i brand has also been an increasingly prolific accumulator of awards for its products and all-encompassing approach to sustainable mobility. Among the highlights of recent months have been winning the “Goldene Lenkrad (The Gold steering Wheel) 2016” award in the “Alternative Drive Systems” category. Back in 2013, the BMW i3 won the “Grüne Lenkrad”(The green steering wheel) award in the same competition, making it the first model to earn the distinction – presented by “Auto Bild” and “Bild am Sonntag” in recognition of exceptional environmental performance – for the second time. A few weeks later, the BMW i brand was presented with the “Premium Pionier Elektromobilität” international editor’s award in “Auto Zeitung” magazine’s “Auto Trophy” competition.

The BMW i3 (94 Ah) also won over the “Car of the Year” jury in Great Britain at the start of 2017. The i3 topped the poll organised by “What Car?” magazine in the category for electric vehicles priced between £20,000 and £40,000. And not long afterwards, the BMW i8 plug-in hybrid sports car (fuel consumption in the NEDC combined cycle: 2.1 l/100 km [134.5 mpg imp]; electric power consumption combined: 11.9 kWh/100 km; CO2 emissions combined: 49 g/km) added another trophy to its collection, winning the “Auto Bild Allrad” magazine readers’ poll in the all-wheel-drive hybrid car category. 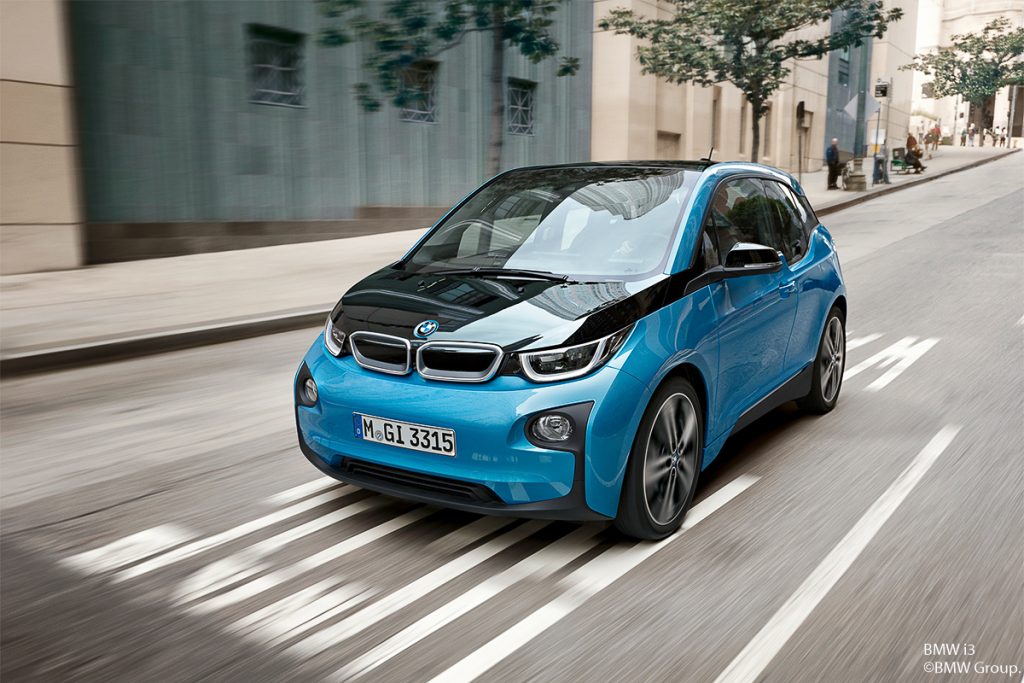 About BMW i and BMW iPerformance

BMW i is a BMW Group brand focusing on connected mobility services, visionary vehicle concepts and a new understanding of premium strongly defined by sustainability. BMW i is represented in 54 countries with the BMW i3 electric car for urban areas, BMW i8 plug-in hybrid sports car and plug-in hybrid BMW iPerformance Automobiles. BMW i is also associated with enterprises including DriveNow (car sharing), ReachNow (car sharing 2.0), ChargeNow (easy access to the world’s largest network of charging points), ParkNow (straightforward location, reservation and payment of parking spaces), BMW i Ventures (investment in start-up companies), BMW Energy Services and the Centre of Competence for Urban Mobility (consultancy for cities).