Take-off for the world’s largest Oktoberfest

Lufthansa flights featuring the biggest ‘Trachten’ crew of all time

Just in time for the Oktoberfest in Munich, Lufthansa’s Trachten– crew is getting ready for takeoff. This year, the world’s largest crew in folk costume will take off in Lufthansa’s flagship Airbus A380 for the first time. A total of 21 Lufthansa flight attendants will be trading their uniforms for traditional Bavarian garb. The first Lufthansa ‘Trachten’ flight will take off from Munich on 23 September and head to Beijing while the flight on 3 October will be from Munich to Los Angeles. In addition to this, crews on a selection of European routes will also be taking off in traditional costume. 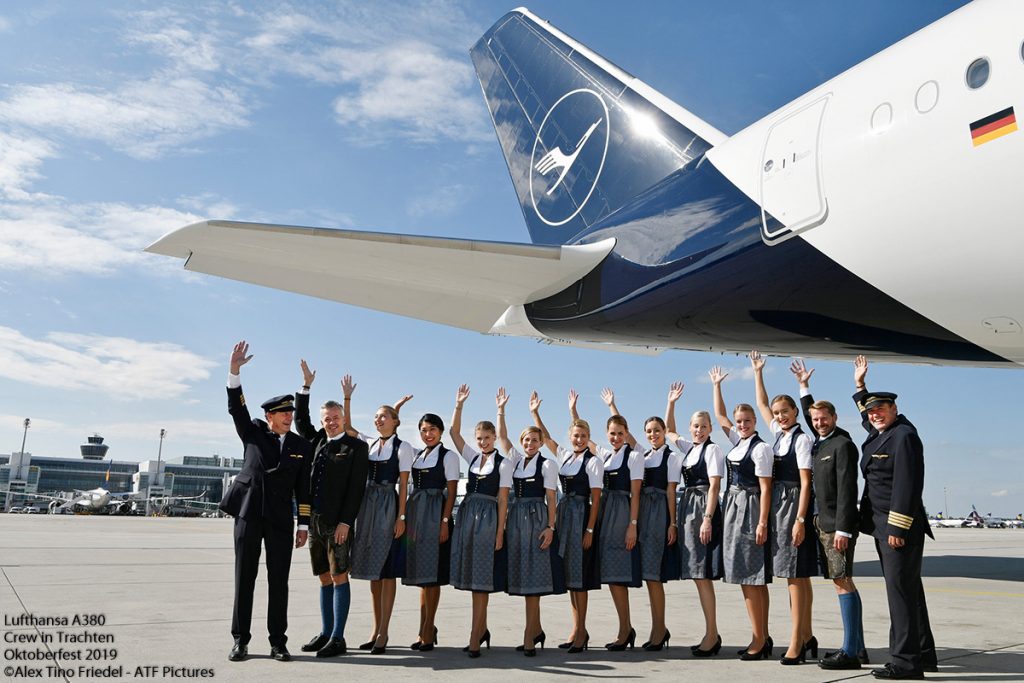 The traditional costumes worn by Lufthansa’s long-haul crew were designed and tailored by Angermaier, a Munich-based specialist for traditional Bavarian clothing. The dirndls of the female flight attendants are dark blue with silver-gray aprons, while the men will be wearing short lederhosen with dark blue vests made of the same material as the dirndls. As in previous years, Lufthansa passengers can also experience the ‘Trachten’ flights on a selection of European routes from Munich. In September and October, a Lufthansa CityLine crew will be exchanging their uniforms for dirndls. Their flight destinations are Amsterdam, Lyon, Gdansk, Milan, Sofia, Brussels, Ancona, Belgrade, Warsaw, Cologne and Münster.

For Lufthansa’s passenger support staff in Munich’s Terminal 2, it has been a tradition for years now to welcome passengers in traditional costume during the Oktoberfest. In addition to the Lufthansa uniform, ladies may also wear dirndls and the gentlemen may wear traditional Trachten suits. 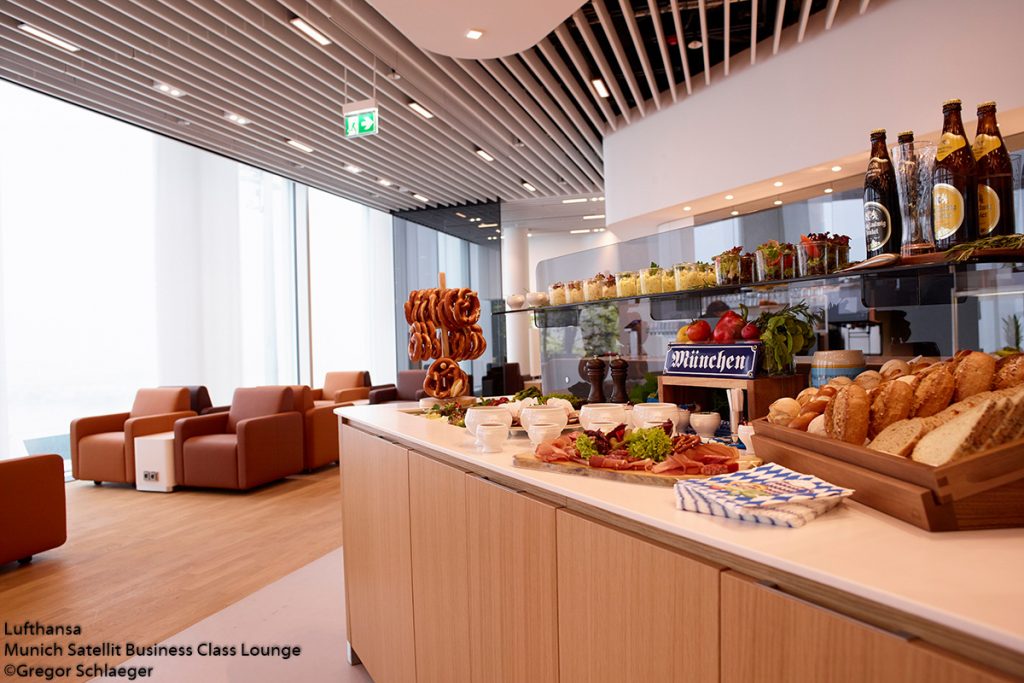 Oktoberfest in the Lufthansa lounges

Munich’s Lufthansa lounges are also prepared for the Oktoberfest. In the twelve lounges in Terminal 2 and the satellite building, over 4,000 kilograms of Leberkäs’ will be served, along with over 38,000 pretzels and approximately 750 kilograms of Weißwurst sausages. This year’s Oktoberfest menu in the festively decorated Lufthansa First Class lounges will start with Festtagssuppe, a traditional soup, followed by farmers’ duck and closing with homemade apple strudel served with vanilla sauce, roasted almonds and rum-soaked raisins. In the Senator and Business lounges, passengers will enjoy typical Bavarian dishes such as Leberkäs’, Fleischpflanzerl meatballs and quark mousse with plum topping.