The D2D is a biennial race organised by the National Yacht Club (www.nyc.ie) since 1993. The event is the brainchild of a former Commodore who pulled in to Dingle while retiring from the Round Ireland Yacht Race. Here he found an idyllic harbour and town in the perfect place to finish an offshore race. 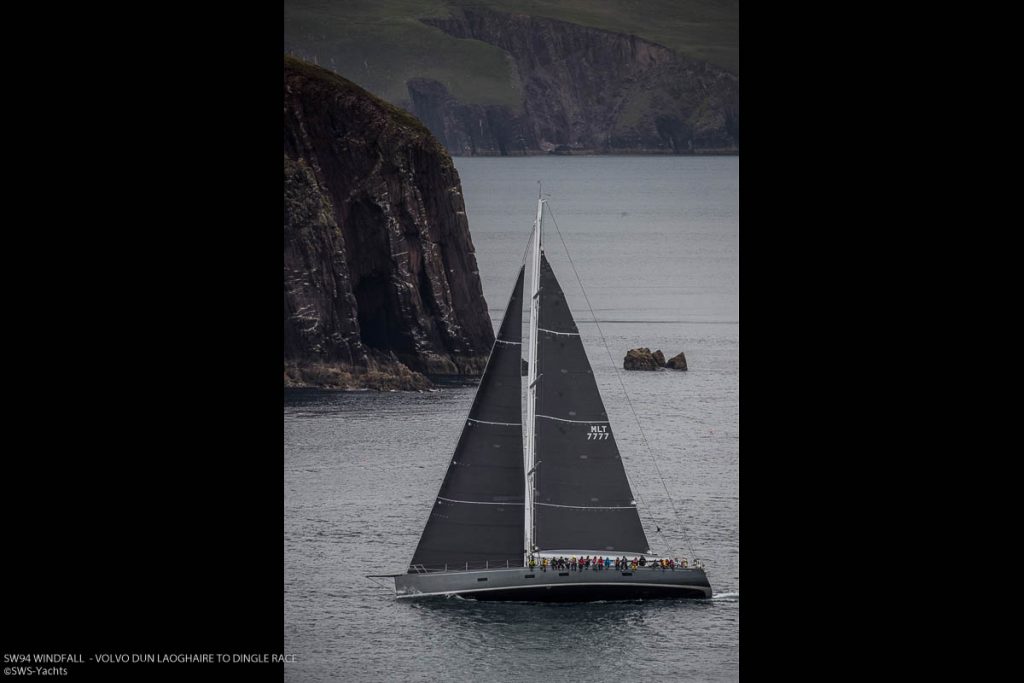 This year, the RORC has listed the D2D as a qualifying race for the Rolex Fastnet Race, but the owner’s primary goal in participating was to beat the record he set racing his previous yacht in 2009: 24h 43mns 45 seconds. He achieved his goal finishing this year in 24h 43min and 21 sec, beating his own record by just 24 seconds. A cheer rang out when SW94 Windfall crossed the line to pip the D2D course record.

This victory comes immediately after the first place achieved in the Maxi 2 Class at “Les Voiles de Saint Barth Richard Mille Regatta confirming once again the great racing potential of this yacht. 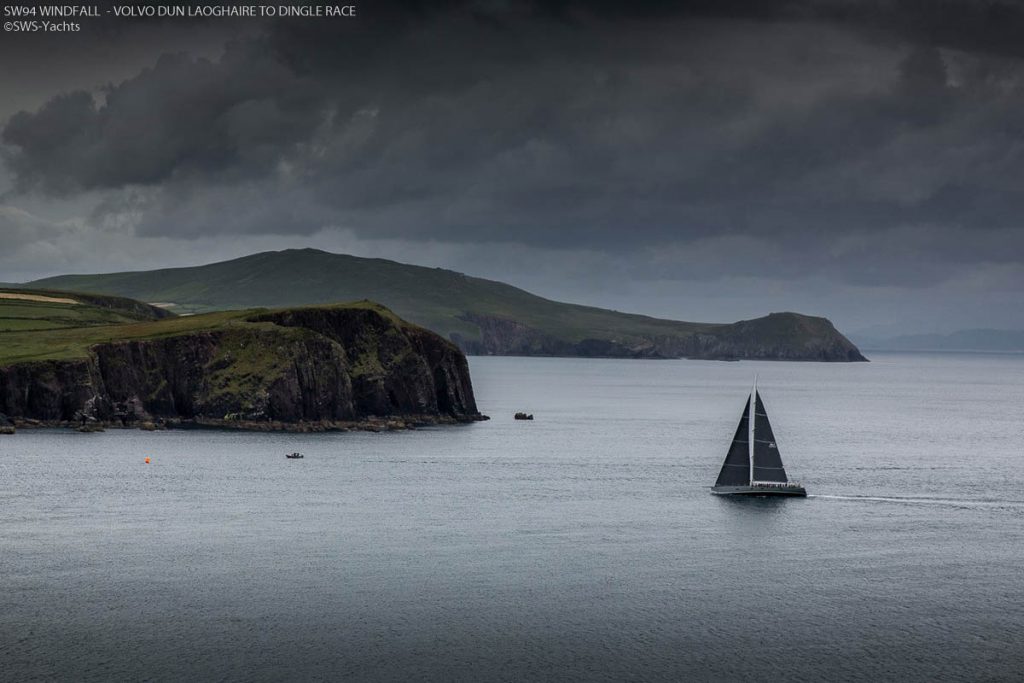 Available for charter, SW94 Windfall will spend her summer season in the chilly but fascinating waters of Ireland!