The Swiss watchmaker used its presence at the race to launch the new TAG Heuer Formula 1 Gulf Special Edition, plus a 50-piece limited edition of the Monaco Gulf 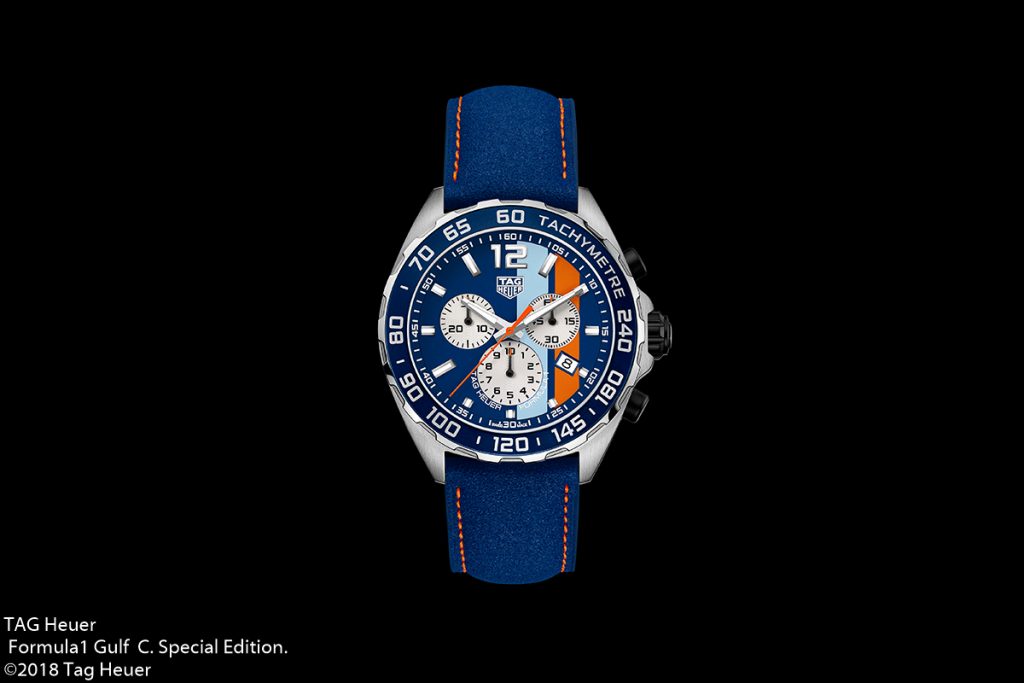 Le Mans, France, 15th June 2018 – On 29th September 1968, the Ford GT 40, sporting the orange and blue livery of Gulf Oil, achieved its first victory in the 24 Hours of Le Mans. Fifty years later, TAG Heuer, a partner of Gulf, is revisiting the famous race to celebrate this auspicious anniversary by launching the TAG Heuer Formula 1 Gulf Special Edition, as well as a 50-piece limited, engraved edition of the Monaco Gulf. 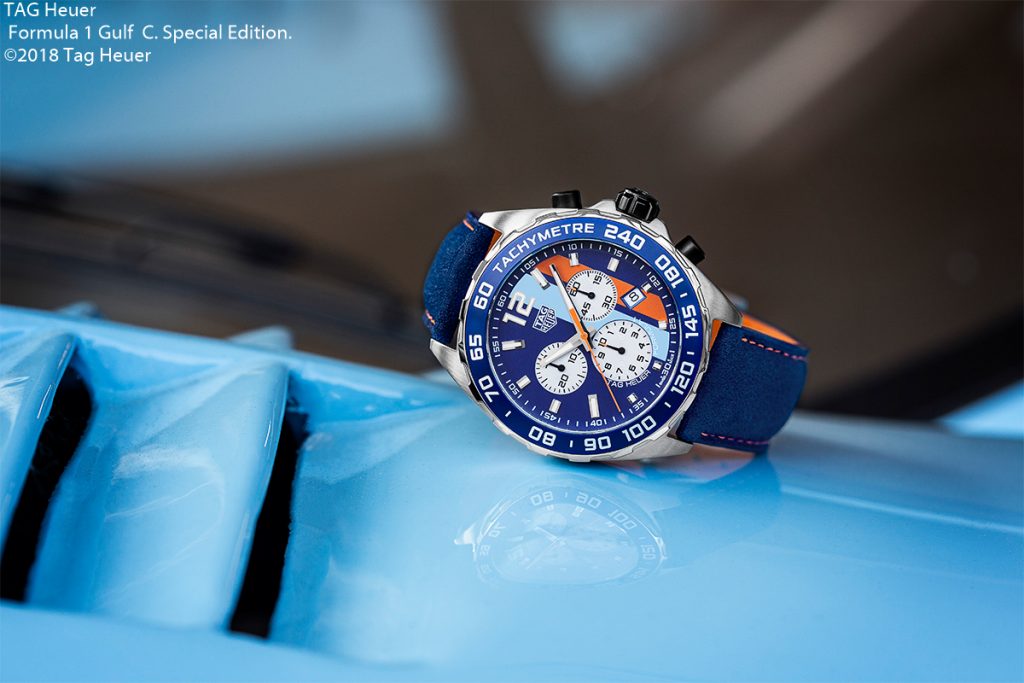 Two flagship models from the TAG Heuer collections bearing the legendary orange and blue of Gulf. TAG Heuer Formula 1 is the ultimate automotive model, synonymous with performance and speed. Entirely in steel and measuring 43 mm in diameter, this quartz chronograph features a notched steel bezel and an aluminium ring with a tachymeter scale. On the dial, one blue stripe and one orange stripe recall the model’s origins. The case-back is engraved with the Gulf logo. The movement is accurate to a tenth of a second – an indispensable feature in a motor racing watch – displayed on the small counter at 6 o’clock, with the minute counter at 9 o’clock and the current seconds counter at 3 o’clock. This model features a finely-crafted blue leather strap with orange stitching for a sporty, stylish look.

Screw-on case back in steel with engraved Gulf logo 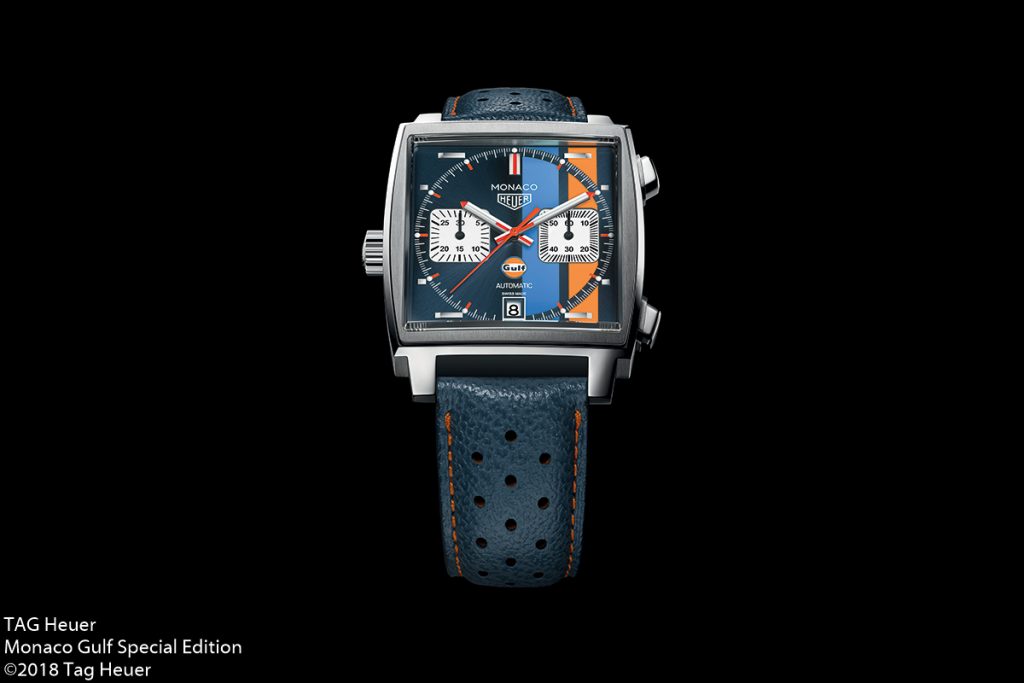 To honour the 50th anniversary of Gulf’s first victory in the 24 Hours of Le Mans, TAG Heuer has launched a 50-piece special limited edition of the Monaco Gulf. The watch with the famous 39 mm square case and petroleum blue dial also bears the instantly recognisable colours of Gulf – blue and orange. On the back of the watch, Gulf’s anniversary emblem and the individual number XX/50. 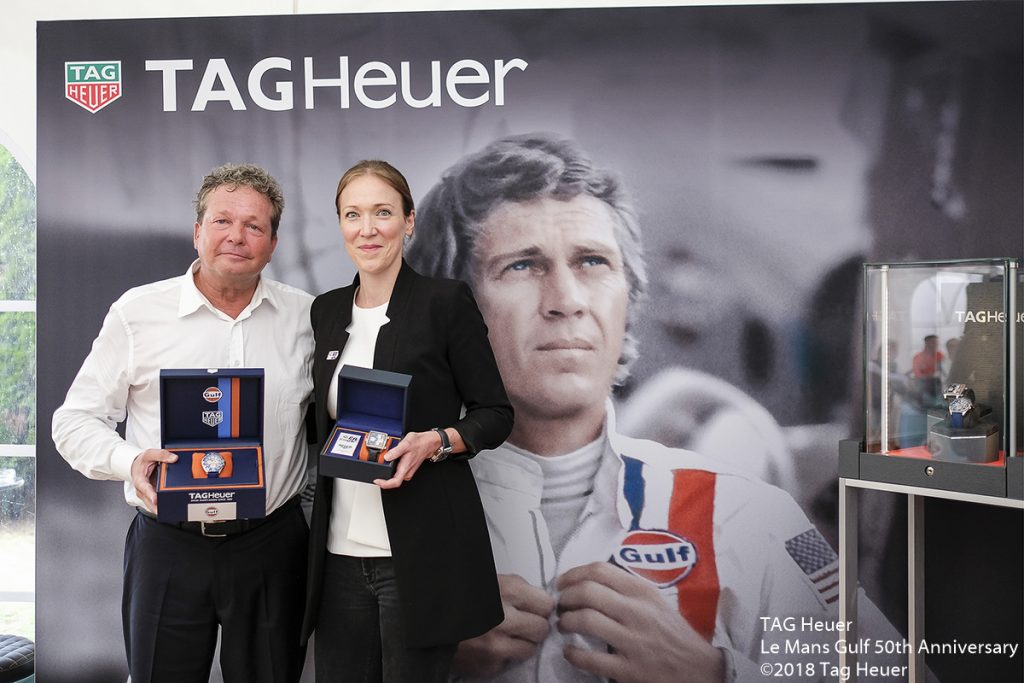 As a prelude to the celebrations in the days leading up to the race, TAG Heuer invited a number of guests to Monaco for an exclusive cocktail party among the Private Car Collection of H.S.H. Prince Albert II of Monaco. The event was attended by the actor and brand ambassador, Patrick Dempsey, Honorary Chairman of TAG Heuer, Jack Heuer, and Princess Stéphanie of Monaco, accompanied by her children, Pauline and Louis Ducruet, and Camille Gottlieb. Also in attendance were Sanjay Hinduja of Gulf Oil and Roald Goethe, owner of the ROFGO Collection. Guests were given the opportunity to visit the Circuit du Var in Le Luc and to get in a replica of the Ford GT 40 that first took victory 50 years ago. 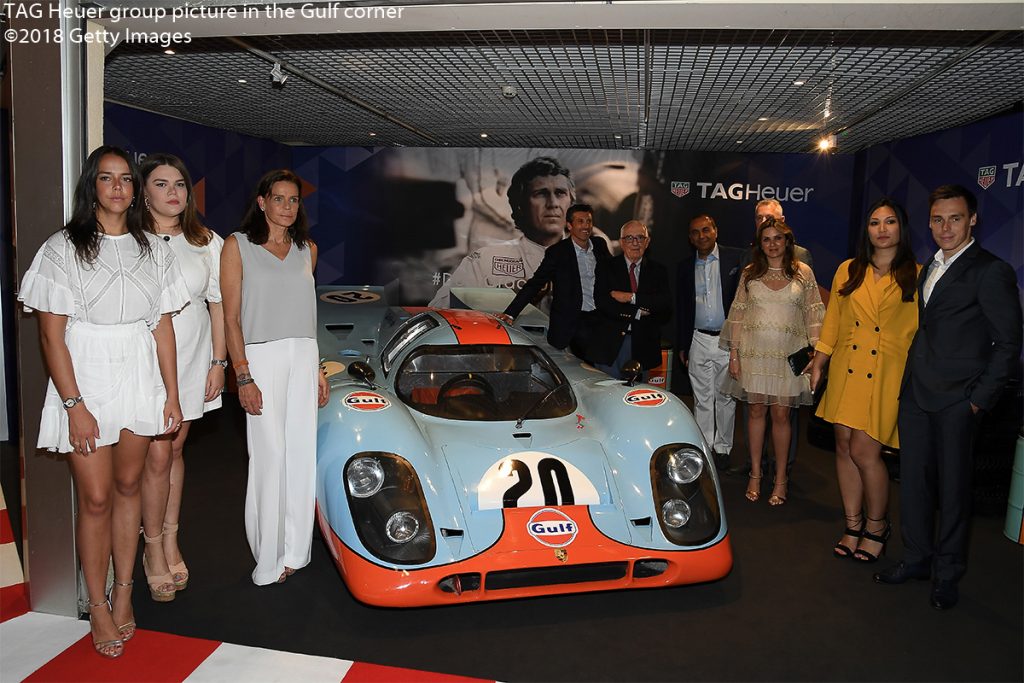