With his title rival Sebastien Buemi endured another torrid afternoon, di Grassi was able to play the percentages, keep out of trouble and bring his ABT Schaeffler Audi Sport car home safely for the six points that were more than enough to wrap up the championship.

“This journey started three years ago, when we started season one,” he said. “We got a lot of good results – arrived in London fighting for the championship – even though I was disqualified from winning a race. Season two, it was the same situation – again I got disqualified from winning a race and now, finally, I came here as an underdog, 10 points behind and I had the nerves to keep it calm and did the job yesterday. Today, I managed to bring it home, I’m so happy for the team, so happy for the ABT Schaeffler Audi Sport guys – they really deserve it. This season was our toughest I would say. I had to do one race with a broken fibula, I really had luck on my side in some races, Hong Kong and Mexico for example. So, I guess this was our year and it’s extremely satisfying and I’m going to celebrate and party a lot tonight.” 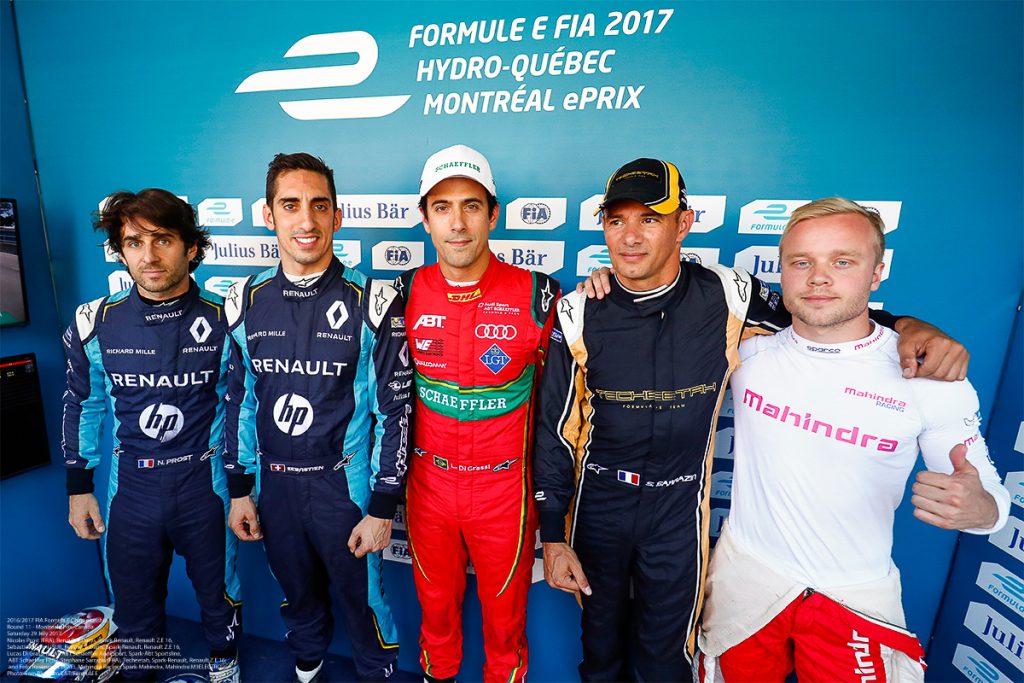 After being drawn in the first group in qualifying, Buemi found himself on the back foot once more, and a mistake on his flying lap meant he started 13th – when only a podium finish would be enough to even keep his title hopes alive.

His tough weekend continued when Antonio Felix da Costa tagged the back of his car as the field scrambled to avoid the TECHEETAH of Stephane Sarrazin, which had been tapped into a spin at the first corner of the opening lap.

The contact was minimal, but it damaged the right-rear wheel guard. With the bodywork flaying in the wind, the Renault e.dams driver was shown the black and orange flag, which indicates a mechanical problem. Buemi was instructed to pit for repairs, and as the part dislodged itself on-track, it took only a moment for the team to check the car before returning to the circuit.

In typically determined fashion he fought his way back to 11th, but any hopes of the title were gone.

“I’m a bit disappointed, honestly,” said Buemi. “When you see the speed we had this year, to not win the championship is a bit hard to accept. But I’d like to congratulate Lucas for the job he’s done. I think he’s done a great job this year. They’ve done a better job than us, we got disqualified twice and we missed two races, so it’s difficult to fight like that.”

Up at the front, Felix Rosenqvist led the way after taking Julius Baer pole position. The Mahindra driver was running clear at the front, but he was also using more energy than Jean-Eric Vergne who was in second after jumping DS Virgin Racing’s Sam Bird at the start.

The TECHEETAH driver’s better energy consumption meant he was able to stop a lap later than Rosenqvist, but when he emerged from the mandatory car swap he was over six seconds behind. But with more energy to play with he soon closed that lead right down. 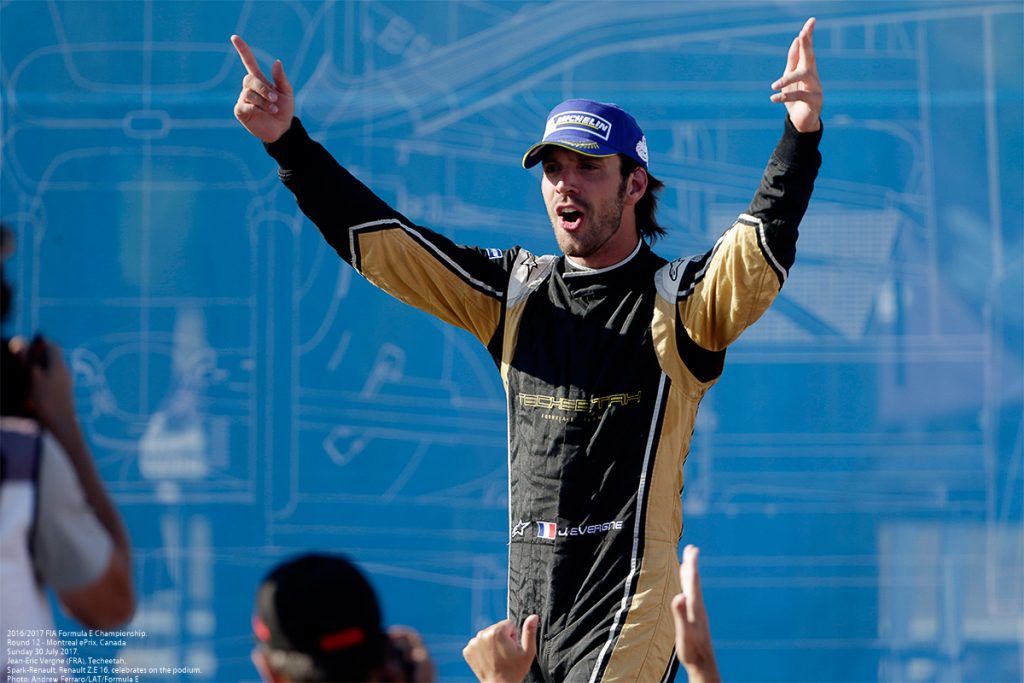 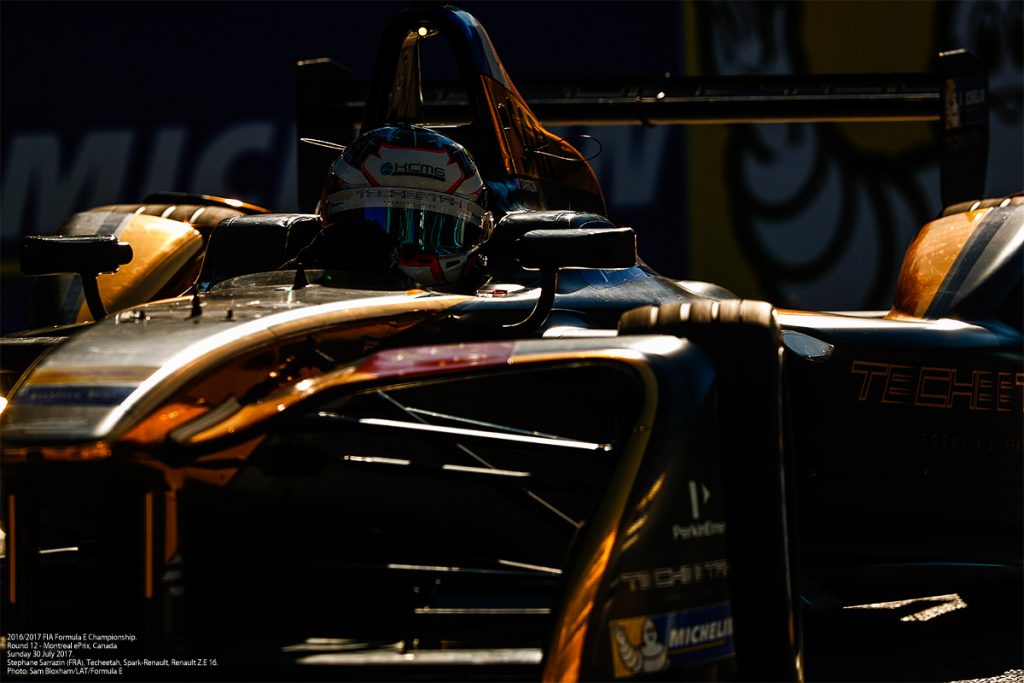 Rosenqvist, with an eye on third in the championship, was more concerned with beating Bird than getting into a battle with Vergne, and couldn’t prevent the Frenchman’s charge. Once ahead, Vergne quickly established a lead that allowed him to bring home his and the team’s first Formula E win.

“It’s an amazing result for the team in our first year,” he said. “We’ve had a few ups and downs. Obviously, a win was in reach many times this season – but for some reason we couldn’t quite get it. I think this weekend everything went quite smoothly, everything was perfect. To get this first win for the team, for myself, right at the end of the season before the summer break is something amazing. All the people who’ve worked so hard, it was nice to reward them with something like this. As for myself, to score my maiden win, as well as the first win of the team is only going to make my relationship with the team even stronger. Hopefully it’s the first of many and I think it puts us in a completely different position for next year.”

After starting back in 11th, Jose Maria Lopez wasn’t thinking of a podium finish before the start of the race, but his DS Virgin Racing car was in flying form and he carved his way up the order. Making overtaking look easy on the fantastic Montreal Street Circuit, he ended his season on a high with his second podium and third place.

Bird bent his steering with an early brush with the wall, but was still able to take fourth, while Nick Heidfeld spent most of the race swapping places with the DS Virgin drivers before finally finishing fifth.

In the closing stages, di Grassi backed off and allowed his team-mate Daniel Abt to re-take the sixth place he’d conceded to the new champion after the pitstops, while Sarrazin charged back up to eighth after his opening lap misfortune, which had also left him with suspension damage.

Jerome D’Ambrosio was ninth, Tom Dillmann was 10th, while Nico Prost picked-up a point by setting the Visa fastest lap. This meant that Renault e.dams kept up its amazing record of having scored a point in every Formula E race but more importantly, that for the third season in a row it secured the teams’ championship.

“From myself and on behalf of the team, I want to congratulate Jean-Eric Vergne on his first win and Lucas di Grassi on his first championship. I think he deserves to be champion. During the last three years, he’s been very consistent and we have a nice champion, we must recognise that. We can be happy with a lot of points in the teams’ championship.” 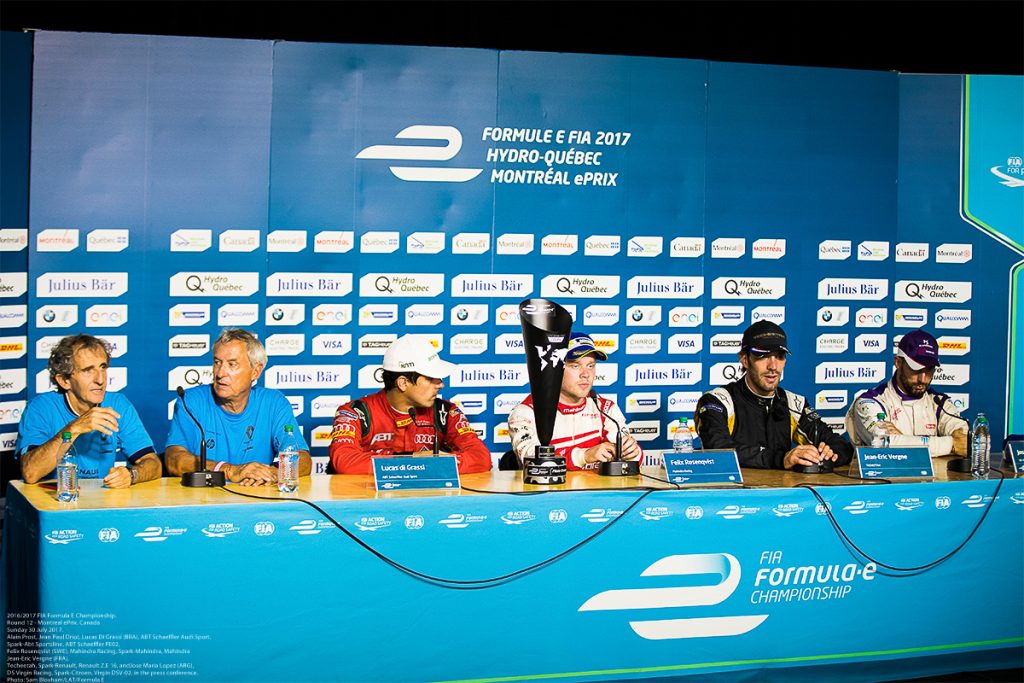 The Hydro-Quebec Montreal ePrix was a huge success, with packed grandstands, enthusiastic fans and a track that the drivers loved. The FIA Formula E Championship now embarks on a long summer break, before bursting back into action with the Hong Kong ePrix, which kicks off season four on December 2 & 3. 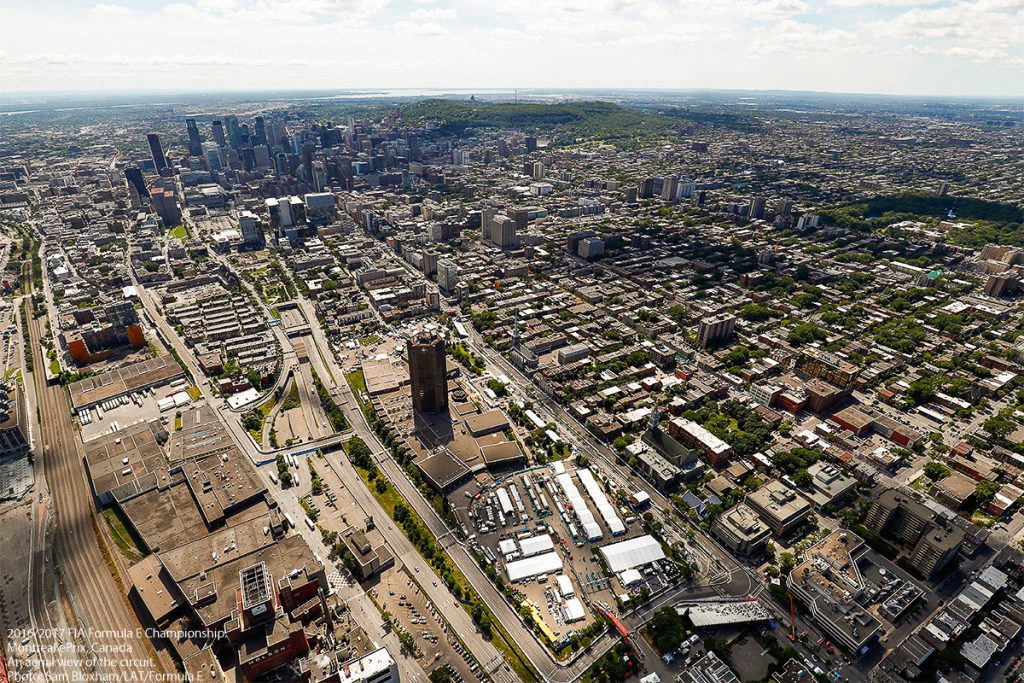