In a fractured world characterized by multifarious risks spanning climate change, terrorism, natural disasters and cyber-attacks, the German chancellor called for international institutions to be modernized and transformed rather than usurped and replaced anew.

Acknowledging that some international trade and financial organizations have been slow to reform to meet development needs and the pace of economic growth in the developing world, Merkel said it is time to “call a spade a spade” and see an international architecture revamped so that it reflects current realities and power dynamics. 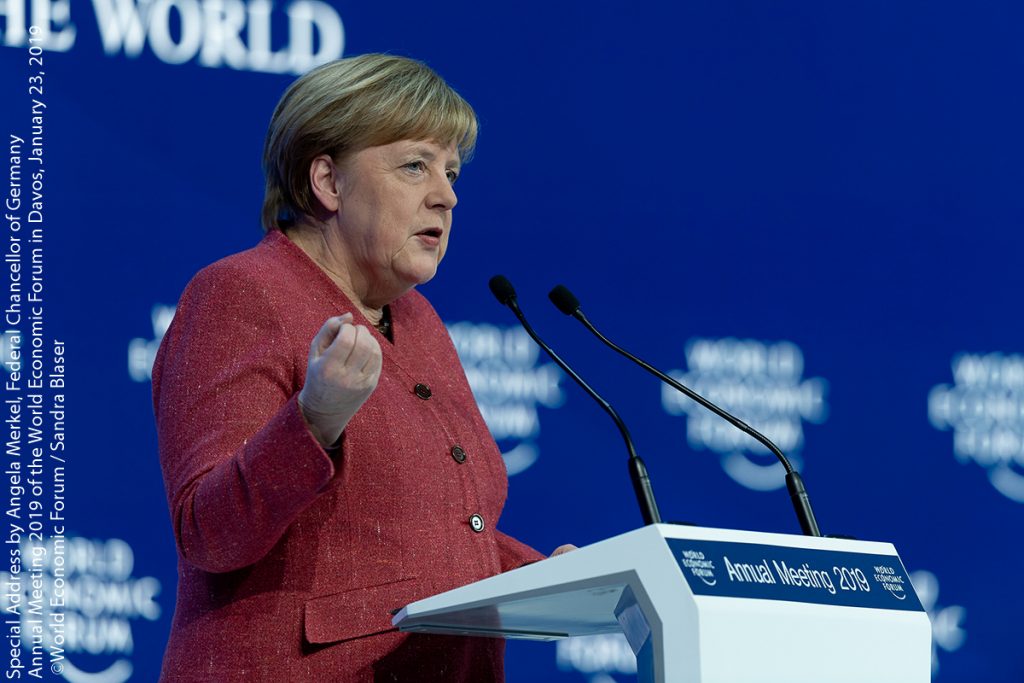 “From our part of the world, influenced by Western values, we should be ready to look at established institutions and see the balance of power realistically reflected with them,” Merkel remarked. “We have to accept new realities and reforms, and a new approach that will address those who harbour doubts about the international system.”

The existing architecture, born out of the horrors of the Second World War, still forms the basis of the international system and has had much success, noted Merkel. Extreme poverty has been drastically reduced in recent decades, with Europe’s de facto leader saying she is confident it could be overcome by 2030. 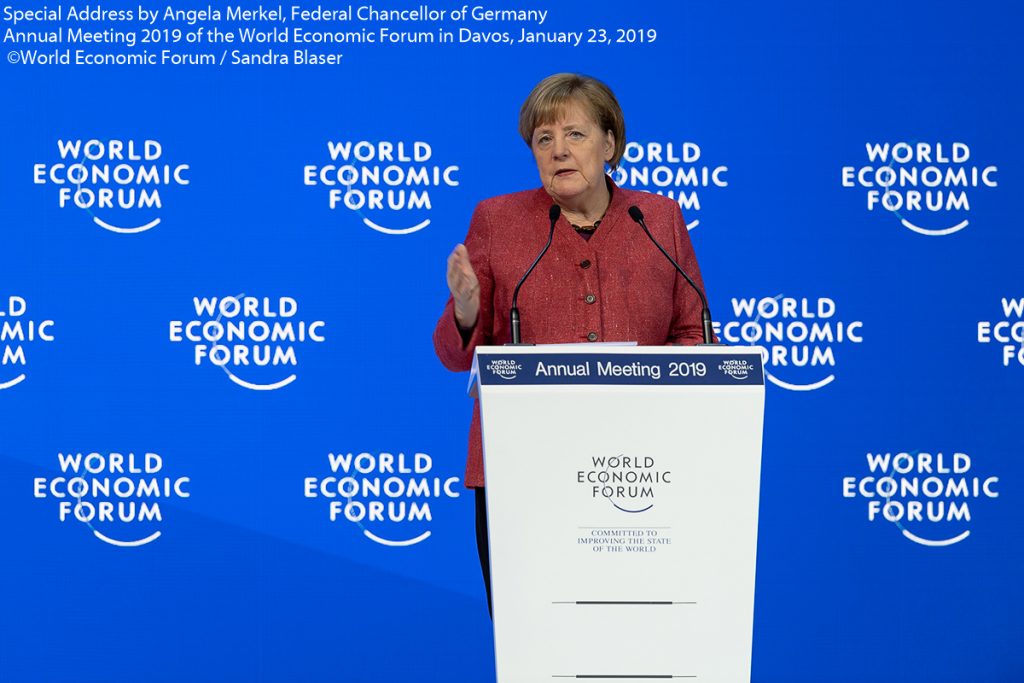 In an increasingly unilateral world, the enormity of the task did not go unrecognized. “Multilateralism is not all that easy but I always have to think of the possible alternatives. We have populist and nationalist challenges and we have to stand up against them,” stressed the German leader. “With my colleagues, I will come out strongly in favour of a multilateral world order and one that gives good answers of the challenges of tomorrow.”

Living in a disruptive 4.0 world, Merkel also called for “new ideas for a new age,” particularly to address the new technological frontiers of data, AI, genetics and bio-ethics – and the corollary global architecture and legal frameworks to support them, underscored by ethics and individual rights. 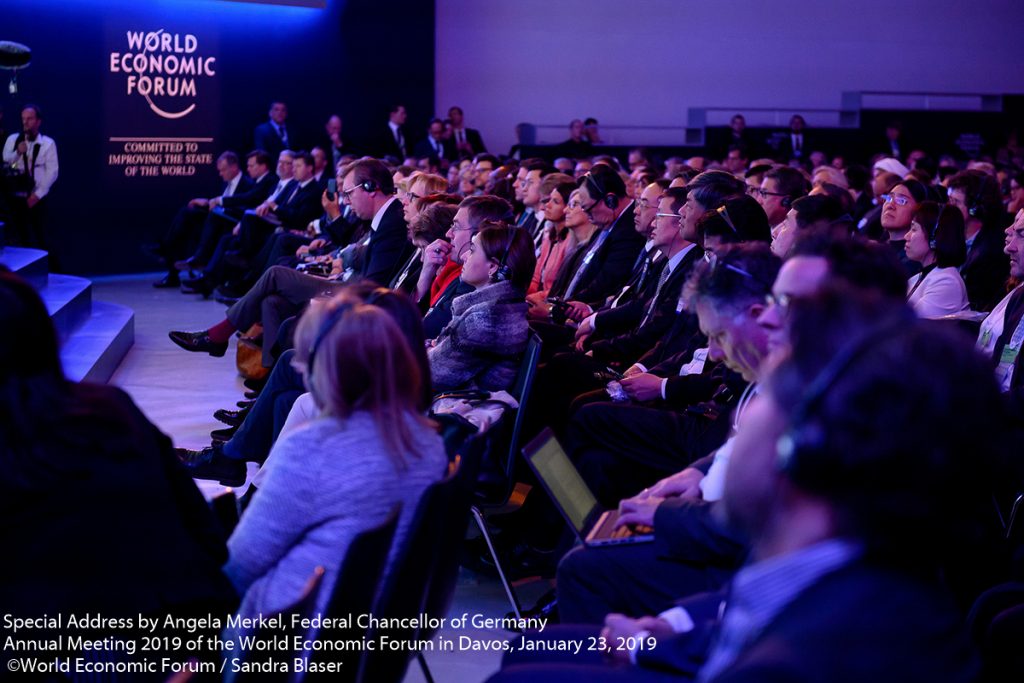 On the domestic front, the head of Europe’s most dynamic economy pointed to three big challenges ahead. The first, she noted was energy transition and living up to Germany’s climate targets – as an industrial country responsible for huge CO2 emissions, renewables are now leading Germany’s energy mix. Merkel further noted that Germany needs to modernize its digital platforms, including fulfilling a plan to digitize all government services by 2025. The third challenge for Germany is demographic change, fuelled by the skilled movement of labour and forced migration, such as from Syria and Africa – a continent she said should be seen as a place of “hope and opportunity”.

All of the challenges ahead, she said, would be best served by a strengthened but more flexible global architecture. “Commitment to multilateralism is essential and a precondition for shaping tomorrow,” Merkel mused, “Anything else will lead us into destruction.” 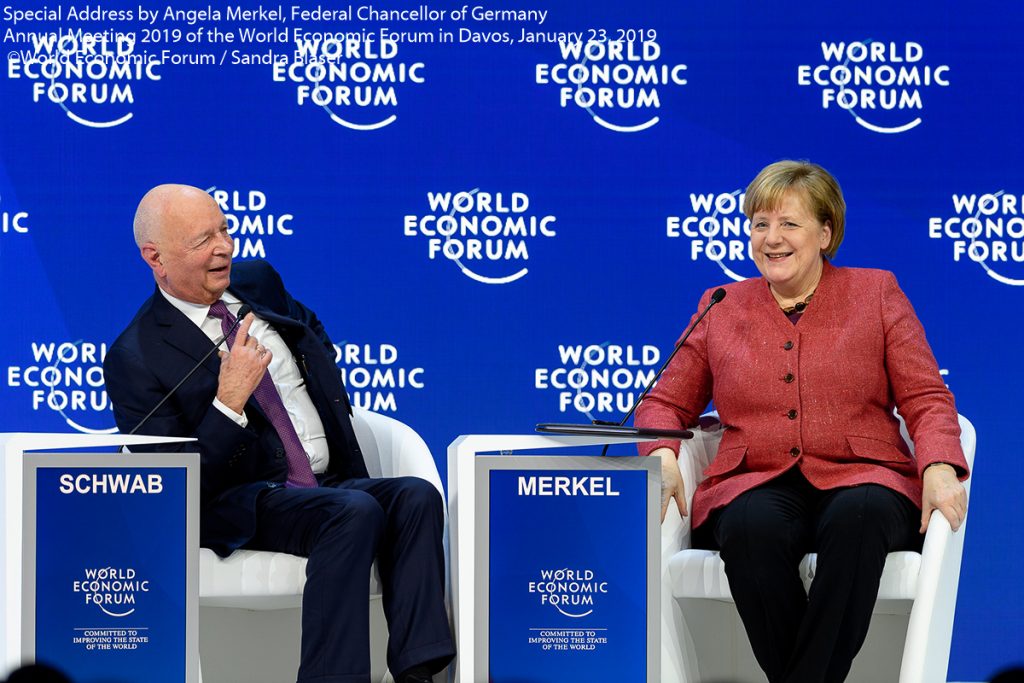 The World Economic Forum Annual Meeting brings together more than 3,000 global leaders from politics, government, civil society, academia, the arts and culture as well as the media. It engages some 50 heads of state and government, more than 300 ministerial-level government participants, and business representation at the chief executive officer and chair level. Convening under the theme, Globalization 4.0: Shaping a Global Architecture in the Age of the Fourth Industrial Revolution, participants are focusing on new models for building sustainable and inclusive societies in a plurilateral world.