“We have completely redeveloped our successful model. It has been visibly and tangibly improved and perfected in all respects. The Cayenne has also been digitalised and networked throughout to give it a forward-thinking design”, says Oliver Blume, Chairman of the Executive Board at Porsche AG. 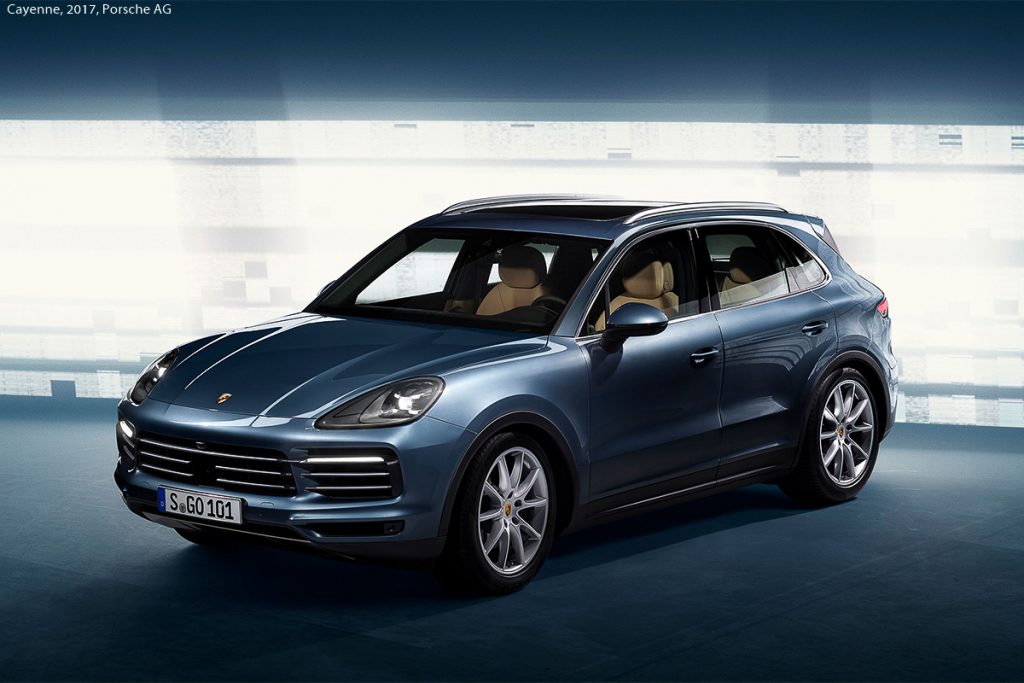 Porsche has also enhanced the look of the Cayenne significantly: “Our primary objective was to accentuate the character of the vehicle. More Porsche, more Cayenne. The new Cayenne is more precise, elegant, athletic and expressive”, says Michael Mauer, Director of Style at Porsche AG, who unveiled the style of the new Cayenne alongside Peter Varga (Director Exterior Design) and Ivo van Hulten (Director Interior Design).

The first appearance of the new Cayenne at the Porsche Museum was accompanied by “Sinfonie des Lebens” (Symphony of Life), a piece composed by Jesse Milliner and performed by the Bohemian Symphony Orchestra Prague and the wind ensemble from the Leipzig Gewandhaus Orchestra, a partner of Porsche. The symphony was complemented by dancers, live musicians and an elaborate light show.

The new Porsche SUV is launching in two variants: The Cayenne with a six-cylinder turbo engine and displacement of three litres delivers 250 kW (340 hp), developing a torque of 450 Nm. That means that even the standard model achieves outstanding driving performance: It accelerates from zero to 100 km/h in 6.2 seconds (5.9 seconds with the Sport Chrono Package). The maximum speed is 245 km/h. The second model to launch is the Cayenne S. It is driven by a 2.9-litre V6 engine with twin turbocharging. This engine, which has also been newly developed, delivers 324 kW (440 hp), achieving a torque of 550 Nm – 15 kW (20 hp) more than its predecessor. Accordingly, the vehicle accelerates from zero to 100 km/h in just 5.2 seconds (with Sport Chrono Package: 4.9 seconds). The maximum speed is 265 km/h.

The Cayenne is based heavily on the iconic 911 sports car: The third edition of the SUV, which has also been enhanced visually, now has mixed tyres and rear-axle steering for the first time. In addition to these typical sports car features, the on-road capabilities are further improved by active all-wheel drive as standard, Porsche 4D Chassis Control, three-chamber air suspension and the Porsche Dynamic Chassis Control (PDCC) electronic roll stabilisation system. Despite its significantly extended standard equipment, the Cayenne weighs up to 65 kilograms less than its predecessor and remains perfectly suited to off-road use. 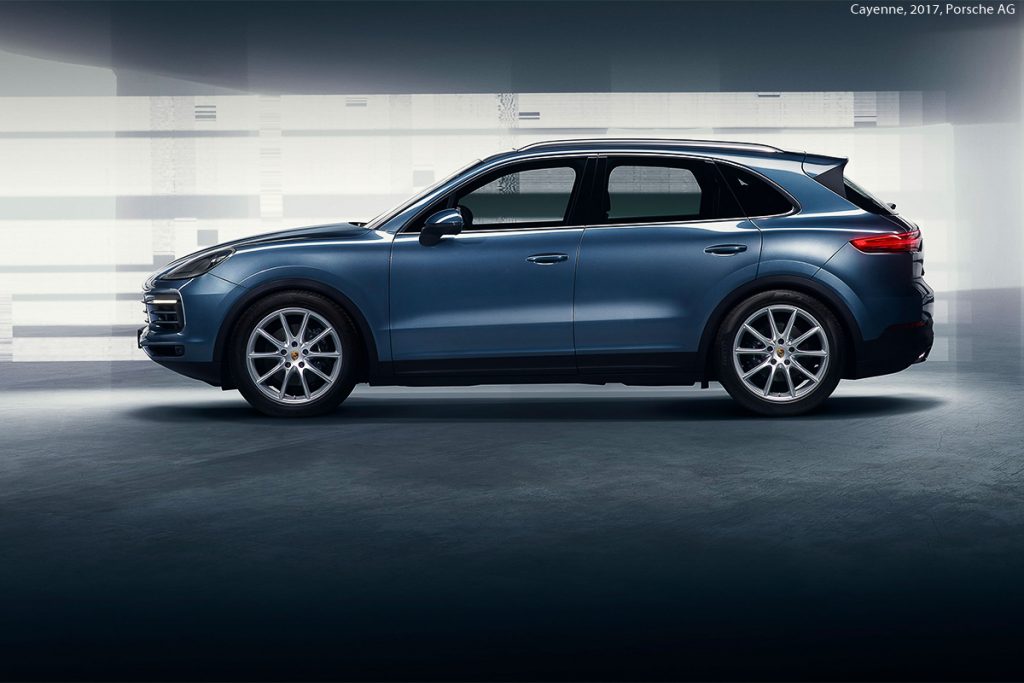 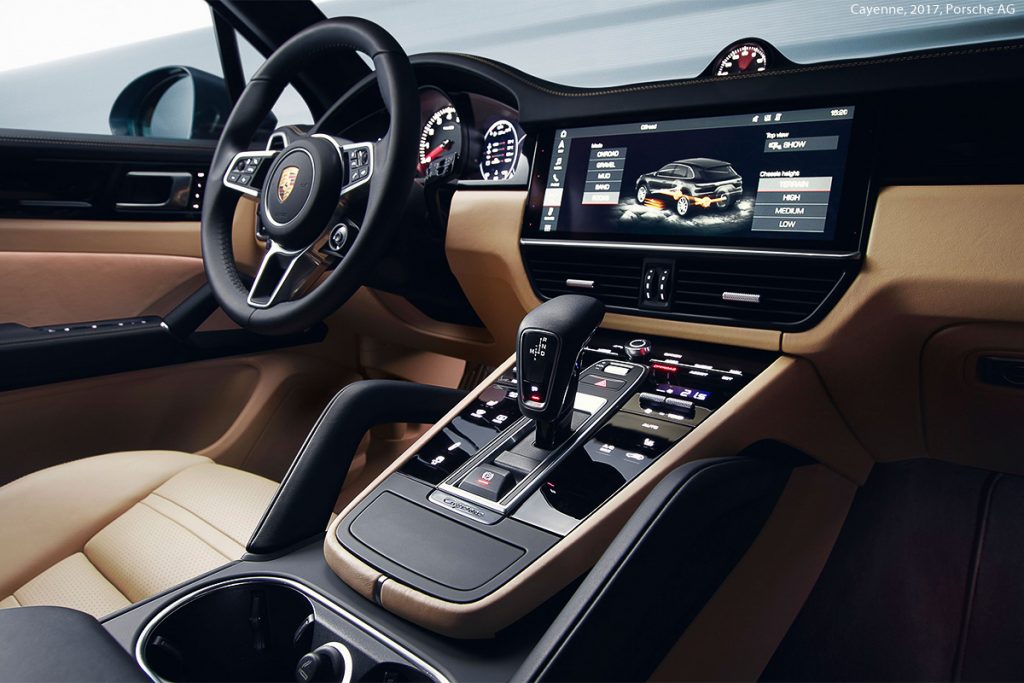 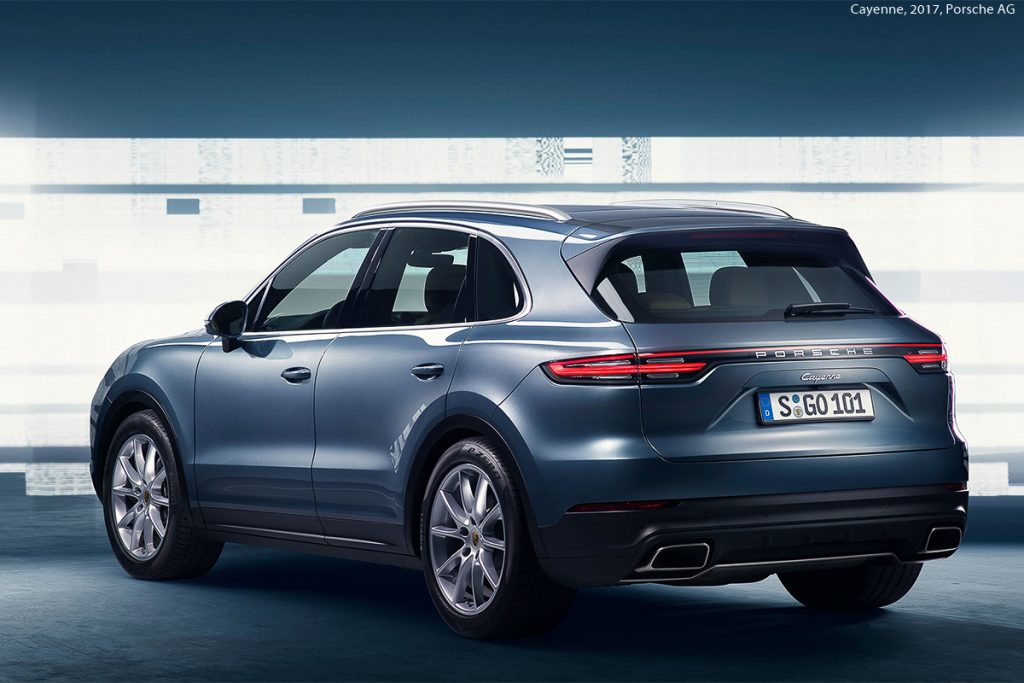 The Cayenne’s expanded performance range, improving both sportiness and comfort, is due in no small part to the new eight-speed Tiptronic S gearbox. Shorter response times and sportier ratios in the lower gears enhance both on-road performance and off-road capability. At the other end of the expanded spread between comfort and sportiness, the long-transmission eighth gear ensures low torques, optimised fuel consumption and relaxed driving.

The new Cayenne offers even more potential when it comes to sporty performance. Porsche has redeveloped the Sport Chrono Package based on the model of the sports car. The Mode button on the steering wheel is one clear indicator of this approach. As well as the Normal, Sport and Sport Plus driving modes, the driver can select an individually configurable mode. Pressing the Sport Response button in the centre activates the engine and transmission maps, which are calibrated for maximum performance. The Sport Chrono Package also includes a separate PSM Sport mode, in which the driver can utilise the new Cayenne’s full driving dynamics. 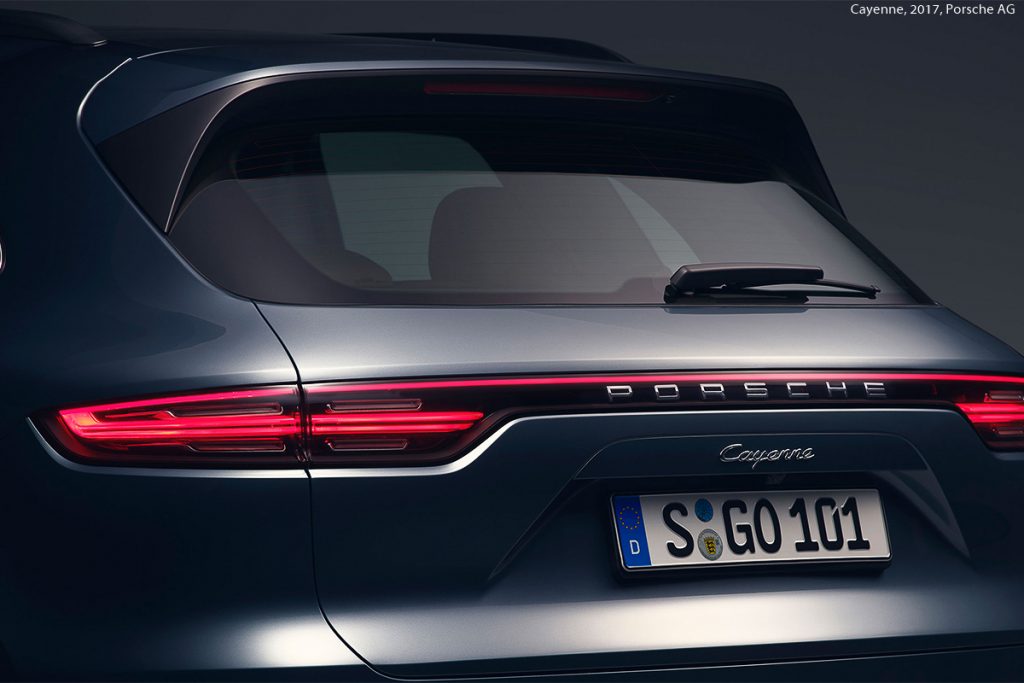 A Car Designed to conquer all World’s Roads