Seb and Kimi fight to the flag: 33 points for the Scuderia

Mogyorod, 29 July  –From second row on the grid to a double podium finish. With Seb second and Kimi third, Scuderia Ferrari probably got the most they could out of a difficult Sunday. However, there has to be a question mark, or maybe regret, about what might have been, but for a moment’s hesitation at the pit stop. Or for that matter, if it hadn’t rained on Saturday afternoon. But the SF71H continues to show it is strong everywhere and Vettel’s overtake on Bottas was the best move of the race. 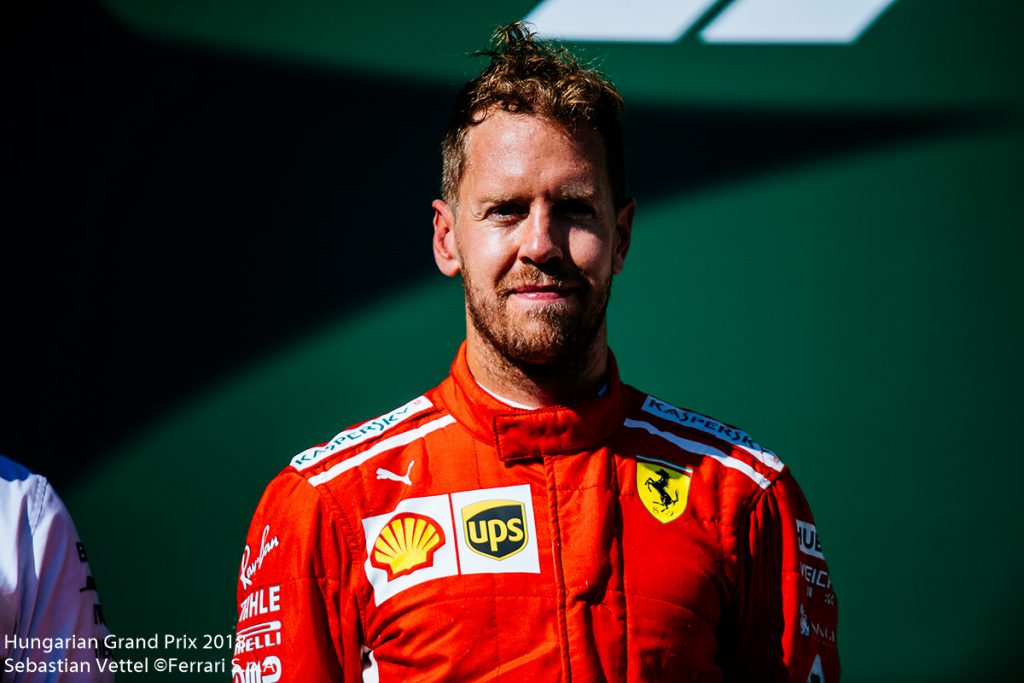 FILM OF THE RACE. Kimi started from third on the Ultrasoft tyres and behind him, Seb  was the only driver in the top four to opt for Softs, which would offer less performance at the start but would last longer. It was a normal start up to turn 2 when Seb went round the outside of Kimi, from which point on he had to manage his pace.

Raikkonen was the first to pit, coming in on lap 15 for Softs, with Bottas covering the move next time round. After 20 laps, Seb began to step up the pace with the aim of pulling out a big enough lead over Bottas in order to stay ahead after the pit stop. That brought down the gap to Hamilton who pitted on lap 26, fitting the Softs, or the Options if you prefer engineers-speak.

Sebastian continued to gain on Valtteri and therefore stay on track. Kimi was also catching his fellow countryman, having lost a bit of time at the pit stop while tyre debris was cleared out of the brake duct.

After 33 laps, Raikkonen was now in DRS distance of Bottas, but overtaking is not easy here and there are backmarkers to steer clear of and Seb also radioed the pit wall to ask for the blue flags.

On lap 39, the Ferrari mechanics stepped out into the pit lane to fit another set of the yellow banded tyres for Kimi. As planned, Seb went for the Quali tyres, the purple-banded Ultrasofts. But the stop took longer than planned and the SF71H emerged behind Bottas who had significantly upped his pace. The two men duelled on track, while Kimi set a fastest race lap. In fact, now the main concern was not attacking, but not staying too close to the car in front in order to control the brake temperatures.

In the last 20 laps, the number 5 car closed up again before a Virtual Safety Car was needed after Vandoorne stopped on track. As the race resumed, Vettel’s Ultrasofts were still in great condition, but after Monaco, the Hungaroring is the worst track for those who enjoy watching overtaking moves. By now, Kimi had closed right up on these two, which on any other track would have been the prelude to some thrilling action.

Lap 65 and Seb made a bold move down the outside, taking the inside line through turn 2 to go ahead of Bottas, who, in trying to defend his position, hit the Ferrari damaging his front wing, which meant Kimi was able to slip by. The race had turned around but too late to aim for the top position. But nevertheless it was a race in which Ferrari could take pride in its combative nature. 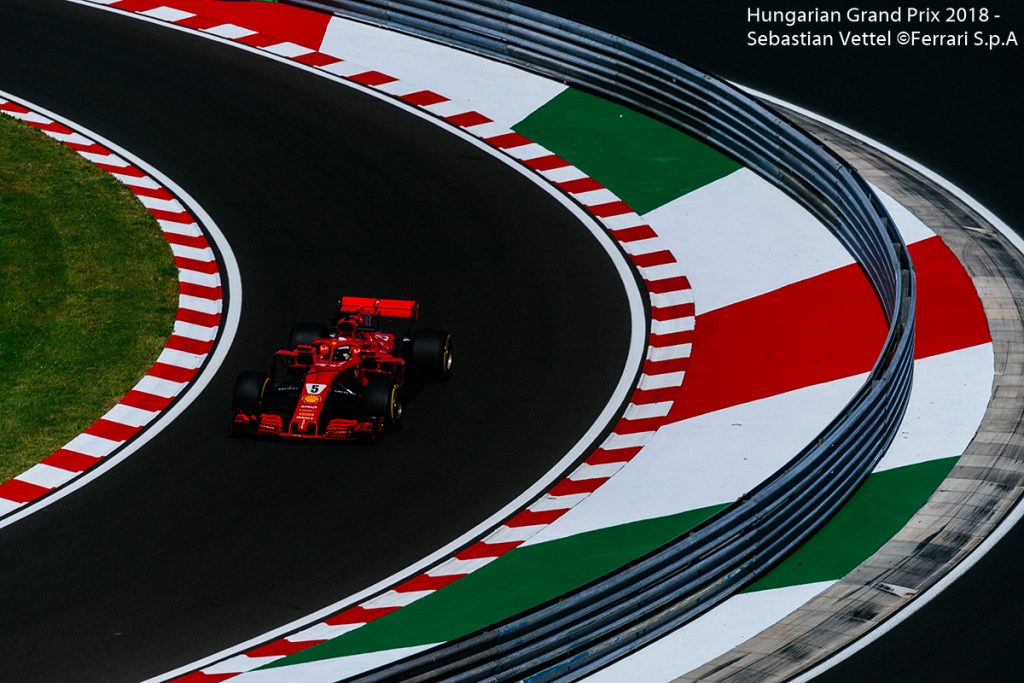 “At a track where overtaking in the race is always difficult, we managed to finish higher up the order than we started, thanks to the efforts of the entire team and a great performance from both drivers. Now we still have one week at work before the summer break, which will allow us to reflect calmly on the races yet to come. There is still a long way to go this season and the important thing is for the team to work in a calm and determined fashion, giving its all during the second half of the season.”

“Today we were fast in the first stint, but at the end I was a little bit disappointed because I had lost 3 or 4 seconds in the traffic. The pit stop we did was not ideal either, as we lost some time there. Then it was very hard, when I was running close to Valtteri and trying to overtake him. However, at the end I knew I could be faster than him thanks to my tires, which were fresher. However, we tried everything we could and I think second position is the best result we could get today. I think there’s a lot of things we did well and some others not that much, but that’s part of the game. It has been a very hard week for all of us, so I think that having both cars on the podium is a very good result. I am happy to see that the car is fast, it has worked well on every track so far, so I think this is the most important thing. Our car has a big potential, so I feel relaxed, going on holiday, for the races to come.”

“The start was ok, I got a tow and I was deciding which side I should go; but then Bottas moved the same side, trying to block me, so I braked earlier and lost the position to Sebastian. After that it was all about trying to get some free air and use the speed I had, giving myself a hard time in trying to to put pressure on the others and not being able to save the tires. The race went by pretty quick, we were pushing through the whole race with decent tires all the time because of the two-strategy stops we had. The fact of not having my drink bottle available was obviously not ideal, but not so much of an issue either. Today we had the speed, but we know that this is a tricky circuit for overtaking. The race was decided yesterday in qualifying, but in the end we managed to get back one place each. Second and third is the maximum we could hope for today; it’s quite an ok result, but it’s not what we want. On the second half of the season we’ll try to turn it around and do a bit better. I know it’s still a long way to go, anything can happen and things can change quickly. We keep pushing, trying to improve on the small details and be consistent, and I’m sure we can get higher podium positions.” 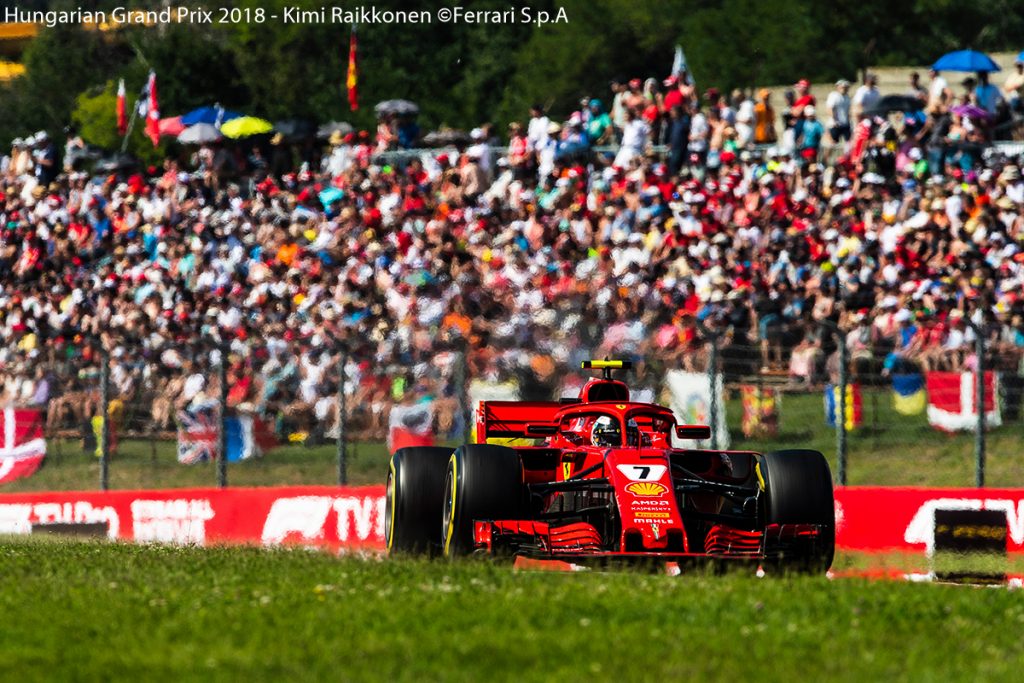