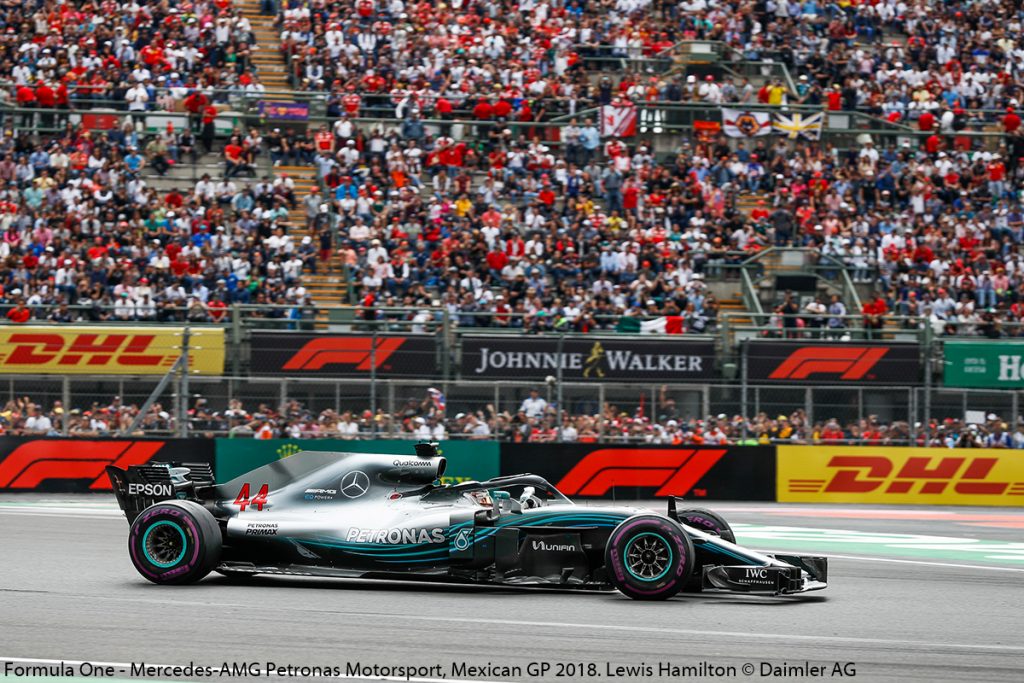 Honestly, it’s very hard to realise it at the moment. It’s something I dreamed of, but I never in a million years thought I’d be standing here today a five-time World Champion. I never knew that was going to happen and I am just so grateful to everyone who has helped me be here. I want to say a big thank you to all the fans here for making the Mexican Grand Prix as special as it is. And I want to say a big thank you to my team. Bono said on the radio – the Championship wasn’t won here, it was won through a lot of hard work and through a lot of races. So, I am so grateful for all the hard work back home, for PETRONAS, for all our partners and ultimately for Mercedes. I have been with Mercedes since I was 13, so to achieve the same thing Fangio had done with Mercedes so many years ago, is an incredible feeling and very surreal at the moment. The race itself today was pretty horrible. I got a great start and was really working my way up, but then we were really struggling with the tyres, both Valtteri and I. I was just trying to hold on and bring the car home. Honestly, I am just so grateful. To my family back home, I love you, thank you for all the support. I wouldn’t be here if it wasn’t for all the hard work my dad did and my family. This is a very humbling experience! 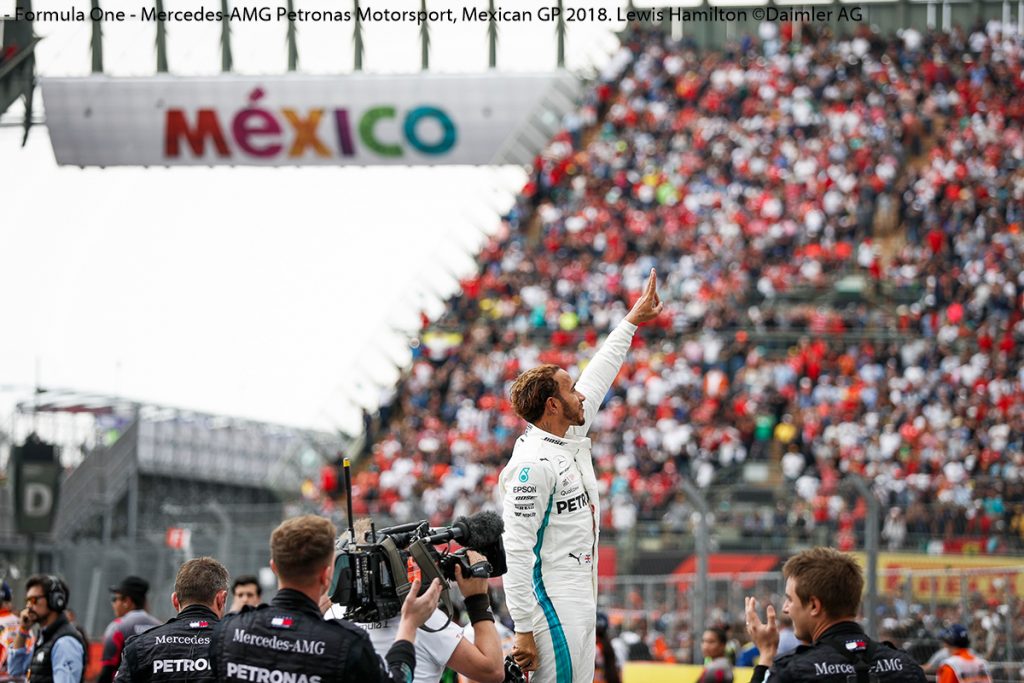 Big congratulations to Lewis! He’s had another strong season, especially in the second half, and really deserved this title. When I lost my opportunity for the title this year, I tried to help him a little to win the World Championship, but I’m already looking forward to fight again next year. I’m really happy for Lewis, but we can’t be satisfied with today’s race, it was very difficult. The start of the race was actually pretty good, but then we started to struggle with the tyres. The tyre life on this track was really poor; I ended up doing three stops, which is two stops more than we predicted. I tried to manage the tyres, I made sure not to slide, but they still just fell apart. I don’t know yet why we struggled so much and on all three different compounds, so we will have to look into that and find out why we ran into these problems. I think most teams struggled a bit, but maybe not as much as we did, so we will have to investigate. Again, congrats to Lewis – now we need to make sure to keep pushing and claim the constructors’ championship as well! 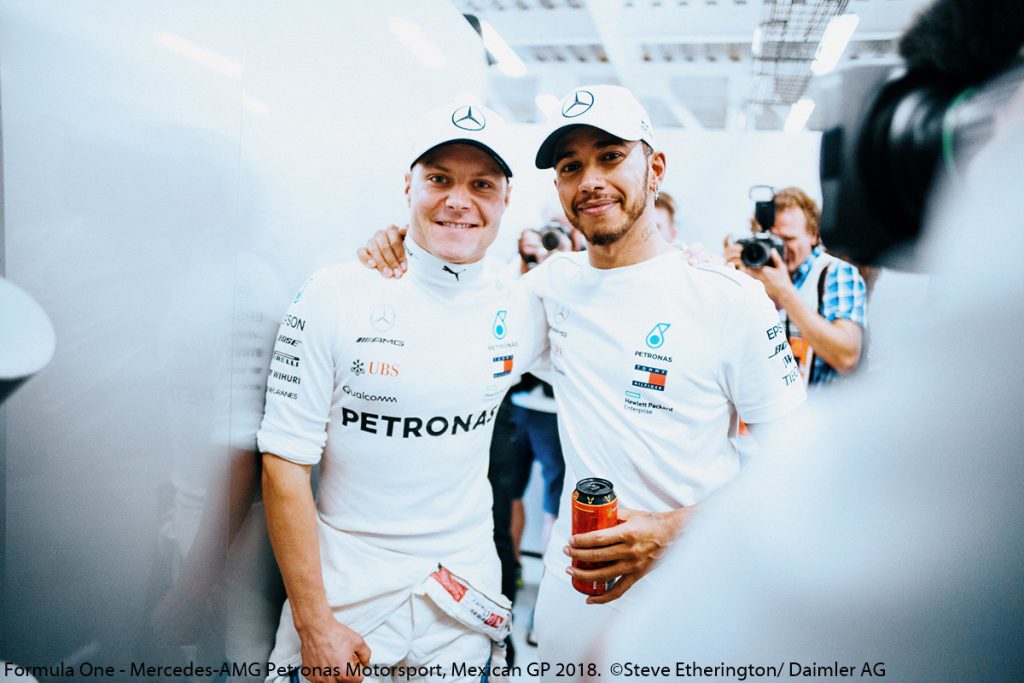 Usually, we don’t acknowledge greatness until someone’s career is over, but we need to take a moment to recognise its presence – Lewis has now equalled Fangio’s record and there aren’t many like him out there! Lewis has been the differentiator this season – our car was the fastest at times, but not always; sometimes, like today, it was only the third-fastest. And yet Lewis’ performance was always was very stable, his race craft was absolutely great. It has always been one of his strengths, but this year it was definitely one of the key factors of his success. We’re very happy about Lewis’ fifth drivers’ title and our fifth in a row as a team, but the job is not done yet. There’s a constructors’ championship out there that we still want to win and that won’t be easy as we saw today. We had a very bad race, we really struggled with the tyres, I don’t think we actually switched the tyres on today. We don’t know yet what the issue was, but we will dig deep, put the finger in the wound and find out why we struggled so much. Now all our focus is on the constructors’ championship, we need to perform strongly in Brazil and make sure we keep pushing until the end. 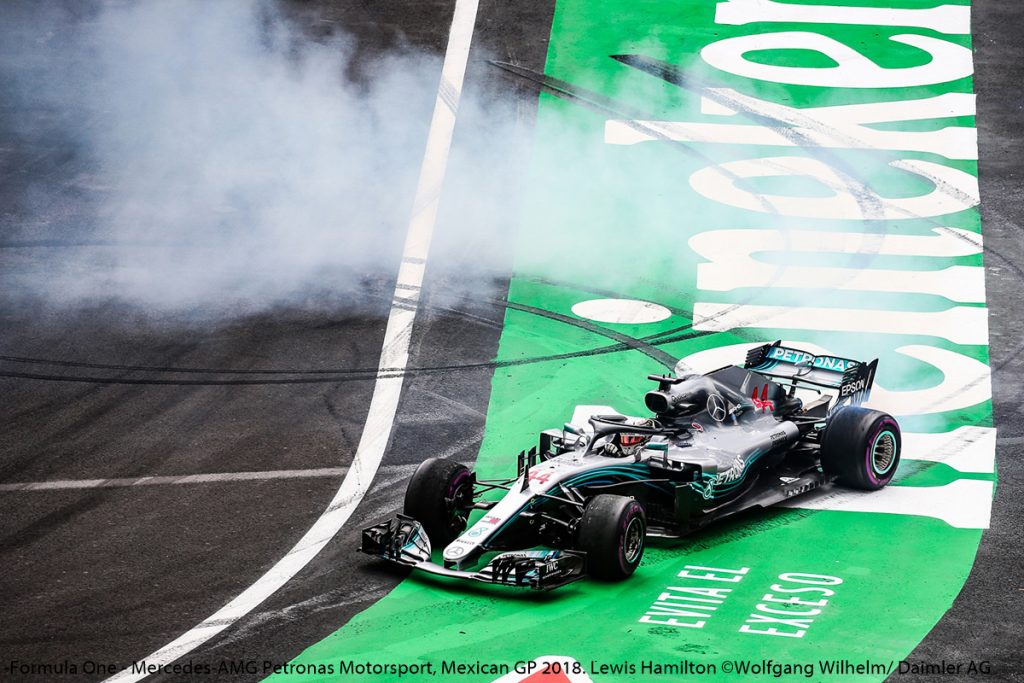 After being on the receiving end of quite a whipping in the race today, it is extremely easy to overlook the scale of the remarkable achievement that Lewis and the team have put together. Lewis’ fifth world championship, his fourth with Mercedes-AMG Petronas Motorsport – in a season which has tested all of us to the limit, considering that our car has not always had the pace to win from the front. Lewis’ contribution to keep us in the fight and to carve out his very, very well deserved championship will go down in history as one of the great performances in our sport. Of course, we know we haven’t actually finished our work for the season yet; we still have the constructors’ championship which is every bit as important to us and we haven’t yet managed to get the points necessary to seal it. We don’t want to limp across the line with performances like we delivered today, we want to come back firing on all cylinders in Brazil and win it from the front in a fitting manner. So all our focus now turns to that and we’re looking forward to having a stronger day on Sunday in Brazil. 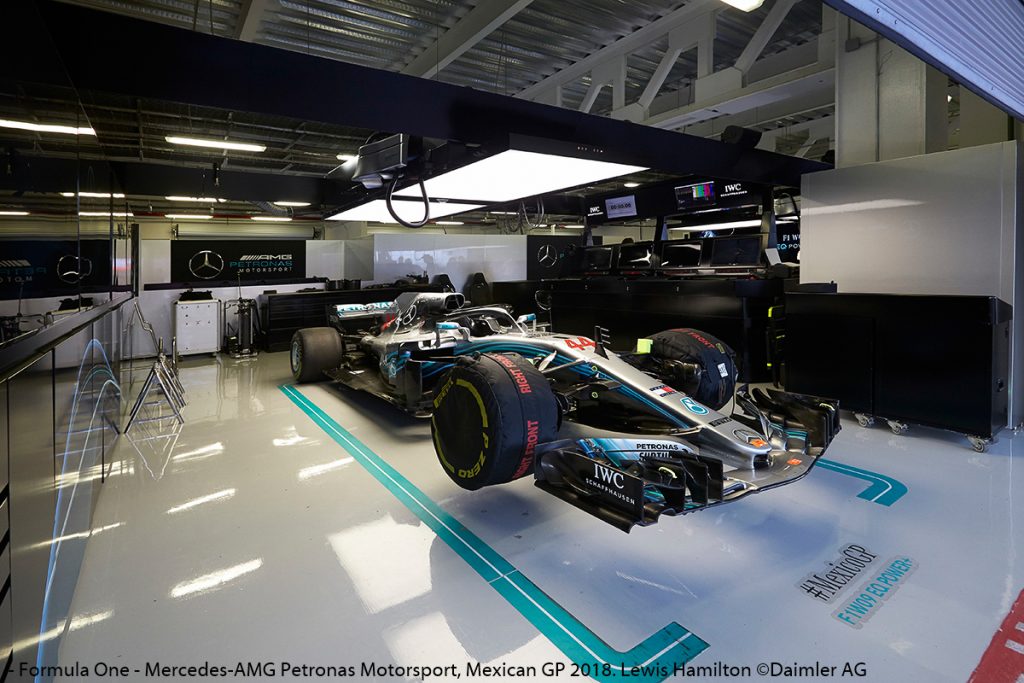