Home »IN THE SKY»Aerial Firefighting Europe 2017

Tangent Link delivers the world’s largest aerial firefighting demonstration to Nîmes on October 16-17. As part of a two-day Aerial Firefighting conference and exhibition (AFF), aircraft from across Europe will assemble at Nîmes–Alès–Camargue–Cévennes airport, home to the Sécurité Civile main aerial firefighting hub.  The event is being hosted at the brand new custom-built Base Avions de la Sécurité Civile (BASC), which was opened in March 2017.

The two-day static display will include helicopters, UAVs and fixed wing aircraft from world leading companies including, Airbus and Air Tractor. The showcase aerial demonstration will see a FRENCH FLEET FLY-BY during the 90 minute flying display, including CL-415s, Trackers, Dash 8-Q400 and Beechcraft 200 aircraft. Meanwhile a live INTEROPERABILITY EXERCISE will see up to eight CL-415s from Croatia, France, Italy and Spain working together to take on a simulated forest fire, threatening to spread into surrounding towns.

This year has seen Europe’s aerial firefighting assets take on fires all over the continent, from Portugal in the west to Turkey in the east. Sadly, many lives have been lost. With this brand-new facility France is spearheading the drive for a more cohesive and structured EU-wide service, with flight crews trained to the same standard to take on devastating fires that do not recognise borders.

Speakers from 11 countries including Indonesia, USA and Australia as well as over 350 delegates from 30 countries will assemble in Nîmes to witness for the first time the contribution of UAV’s in combating large wild land fires. A third day on October 18 will host a closed Interoperability Workshop agenda where many of the main players will look at better ways of collaborating and increasing best practice across this challenging and physically demanding environment.

Undoubtedly there will be some lively discussions from the AFF community, trying to do its best to save lives and property. It will cover all the latest issues, modern technologies including intelligence surveillance and reconnaissance and the use of UAVs. Over 40 companies will be displaying their specialist skills in the large exhibition area. 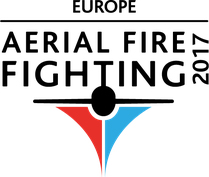