A chronograph for the undefeated Champion of the Noble Art 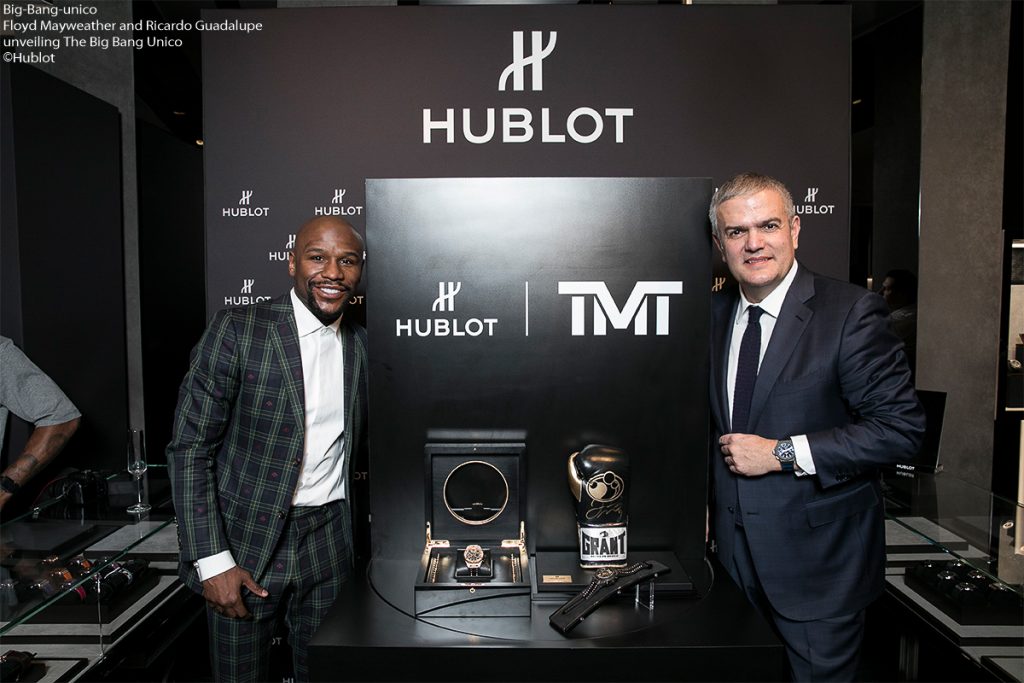 Hublot x Mayweather; the story of this “knockout” partnership began in 2015 at “The Fight of the Century” pitting Floyd against Manny Pacquiao. For the first time, Money sported the name of the brand on his boxing shorts. In 2017, for “The Money Fight” against Conor McGregor, Mayweather wore Hublot on his belt once again. These shorts have become the emblem of the legend of legends, sealing his 50th straight win! Shorts that naturally became the focus of the design of the Big Bang Unico TMT, Hublot have even used the setting where the fight took place to unveil its two limited editions.

The Big Bang Unico TMT adorns its winning outfit with a strap in black calf leather enhanced with python and gold studs, transposing the codes of the famous shorts worn by Mayweather during his latest fight. The boxing champion’s gold appears in the details of the two watches. For the first time, 3N-gold-incrusted carbon fiber dresses the watch from its case to its bezel. This is a unique composite material; gold powder is manually inserted into the carbon fiber layers before being compressed. At 12 o’clock, the watch proudly displays the 3 letters TMT in appliqué. The sapphire case back bears the champion’s ultimate inscription, TBE, “The Best Ever”. Released in a limited edition of 100 pieces, the Big Bang Unico TMT is also available in 10 numbered editions set entirely in 3N gold. The flange, bezel, case, counters, index and three golden TMT letters sparkle beneath the light of 48 baguette-cut diamonds and 378 brilliant-cut diamonds for a carat weight of 4.85.

Two invincible watches delivered with a boxing glove signed by the all-time champion. 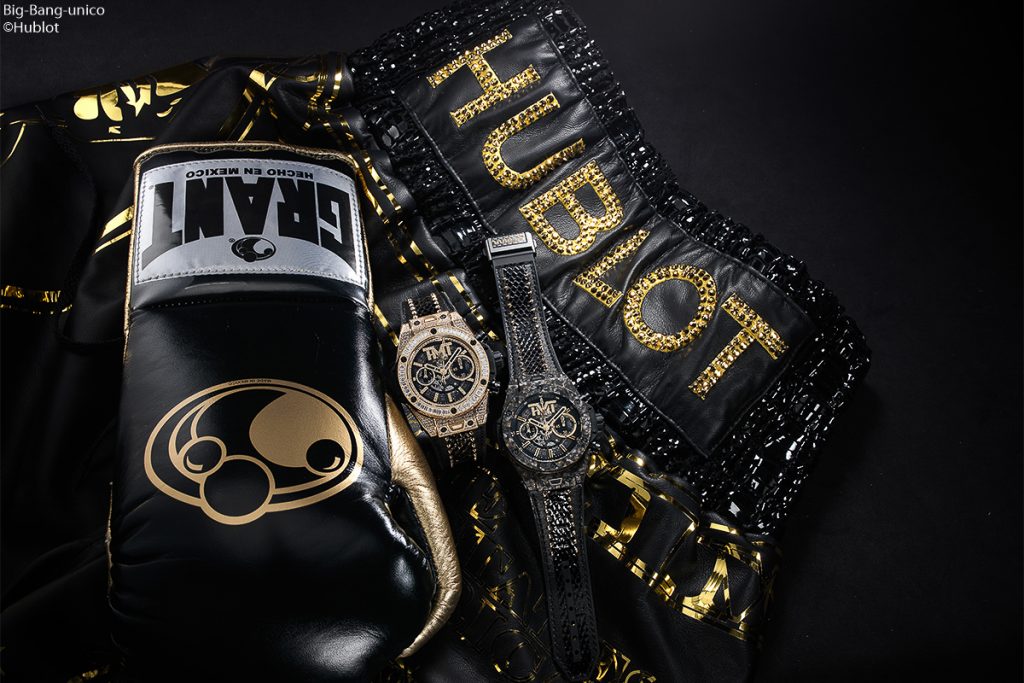