Emirates and Airbus firmed up an earlier Memorandum of Understanding (MoU) and signed a contract for 20 additional A380s with a further 16 options to be confirmed at a later date. The total agreement for 36 aircraft is valued at US$16 billion based on the latest list prices. Deliveries are to start as early as 2020.

“This agreement underscores our commitment to the A380 programme, providing stability to the A380 production line and supporting thousands of high-value jobs across the aviation supply chain. For Emirates, the A380 has been a successful aircraft for our customers, our operations, and our brand. We look forward to continue working with Airbus to further enhance the aircraft and onboard product.”

“We thank Emirates, HH Sheikh Ahmed, Tim Clark and Adel Al-Redha for their continued confidence in the A380, which has so successfully transformed air travel in the 21st century,” said Fabrice Brégier, Airbus President Commercial Aircraft and Chief Operating Officer. “This latest agreement further demonstrates the strength of our valued partnership with Emirates in support of their impressive growth.” 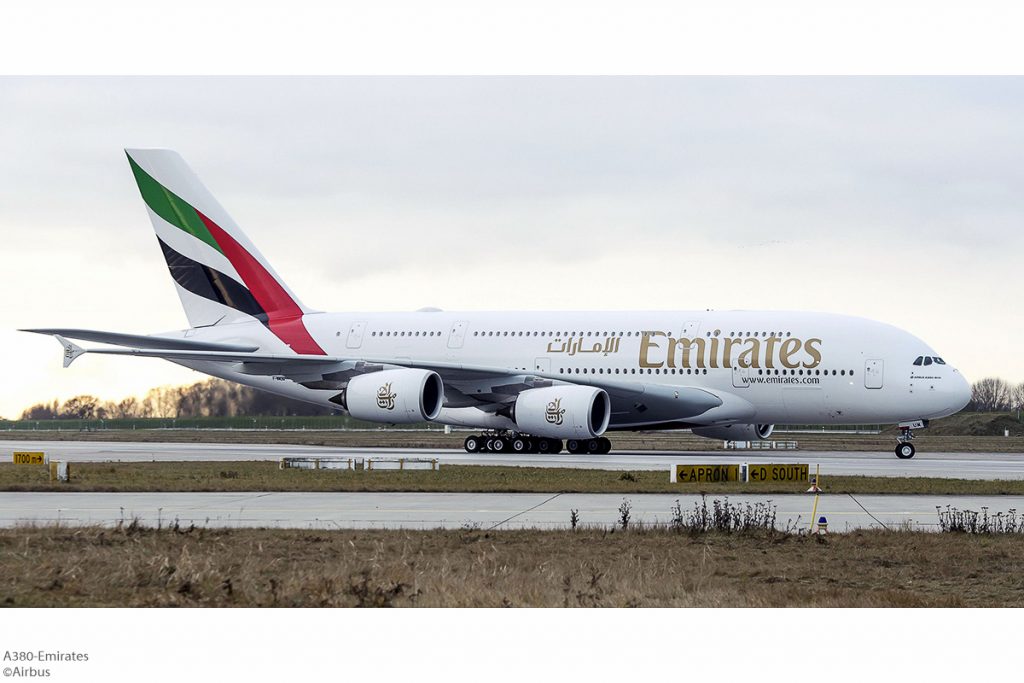 The A380 is an essential part of the solution to sustainable air traffic growth, alleviating congestion at busy airports by transporting more passengers with fewer flights. The aircraft is the best way to capture growing world air traffic, which doubles every 15 years. The flagship airliner can accommodate 575 passengers in four classes and offers a range of 8,200 nautical miles (15,200 kilometres).

Airbus’ double-deck flagship airliner has become a passenger favourite, resulting in higher load factors wherever it flies. The A380 is the world’s roomiest aircraft, offering the widest seats, wide aisles and more floor space. The A380 has the unique capability to generate revenue, stimulate traffic and attract passengers, who can now specifically select the A380 when booking a flight via the innovative iflyA380.com website and the new iOS app.

To date more than 200 million passengers have enjoyed the unique comfort of flying on board an A380. Every two minutes an A380 either takes off or lands at some of the 240 airports around the world that are ready to welcome this magnificent aircraft. To date, 222 A380s have been delivered to 13 airlines.