New BMW X4 on the way to its world premiere.

Munich. The new BMW X4 (fuel consumption combined: 9.0 – 5.4 l/100 km [31.4 – 52.3 mpg imp]; CO2 emissions combined: 209 – 142 g/km) demonstrates its strengths in advance of its official presentation at the 88th Geneva International Motor Show. For this purpose the new BMW X4 will be undertaking a trip from Munich via Davos to the location of its world premiere in Geneva. 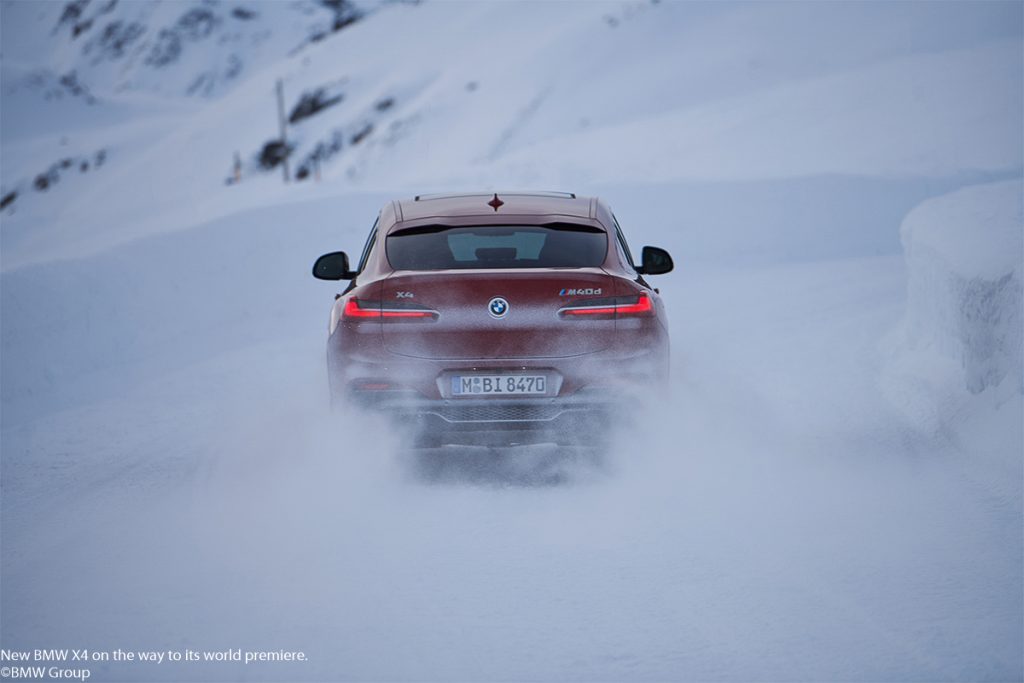 All the stations along the premiere tour are designed to emphasise highlights of the new BMW X4. The route first takes it across Flüela Pass. As it navigates the winding roads of this Swiss Alpine pass road at 2,383 metres above sea level, the new BMW X4 can expect to encounter snow depths of more than a metre.

In these extreme weather conditions the second generation of the successful BMW model can make full use of its driving dynamics qualities. The BMW xDrive all-wheel drive, which is standard in all models, makes the BMW X4 especially versatile and sporty. The latest edition of the system is characterised by reduced weight and optimised internal efficiency. In addition, the precise electronic control of the intelligent all-wheel drive ensures especially sporty and brand-typical power distribution. The tightly winding, snow-covered hairpin bends of the Flüela Pass are the ideal setting for the rear-wheel-oriented xDrive all-wheel drive. Dynamic cornering turns piloting the X4 into an intense driving experience in these conditions.
Combined with a centre of gravity lowered even further as compared to the predecessor as well as a total weight of some 50 kg less, the car’s powerful engines ensure even better handling and thrilling driving pleasure. 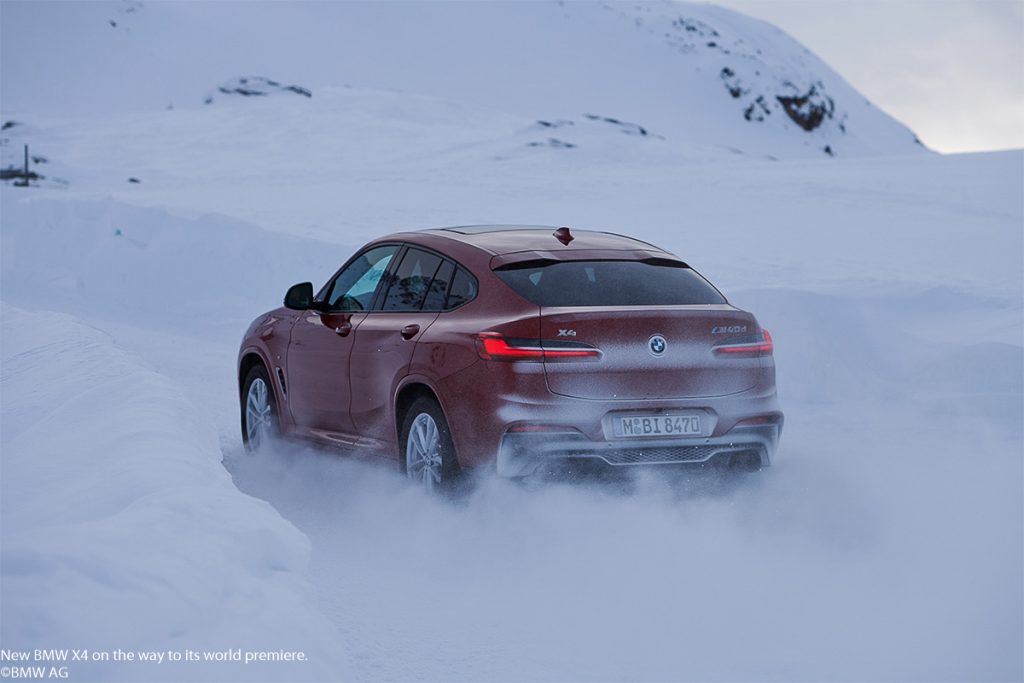 The final station of the premiere tour is Lake Geneva. The shores of Europe’s biggest inland water body against the spectacular backdrop of Mont Blanc are the perfect setting for highlighting the fascinating design of the new BMW X4. The already sporty exterior has a significantly more athletic and mature look in the new model. This is not least due to the increase of approx. 8 cm in the vehicle’s length, the visibly wider track, the clearly defined athletic shoulder and the gentler curve of the roof line. All this makes the new BMW X4 a real eye-catcher in front of this stunning panorama. A few days later, on 8 March, the BMW X4 will be presented at the Geneva International Motor Show on the opening day. 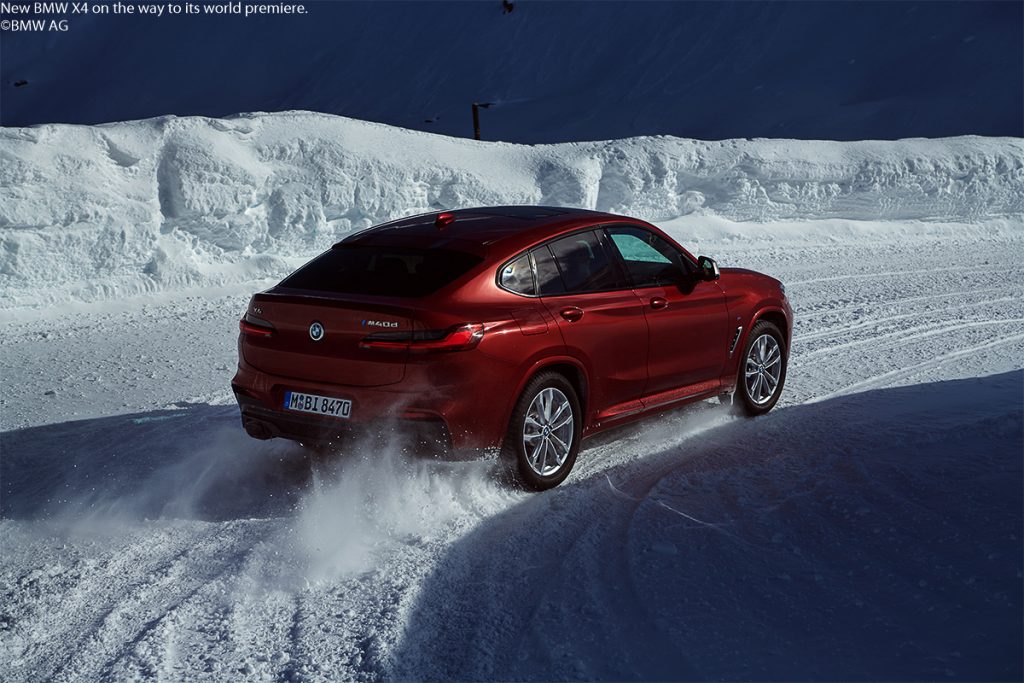 The new BMW X4 will then replace the previously available model, which has developed into a huge success for the brand ever since it was first presented in 2013. Some 200,000 units of this Sports Activity Coupé were sold in less than five years. 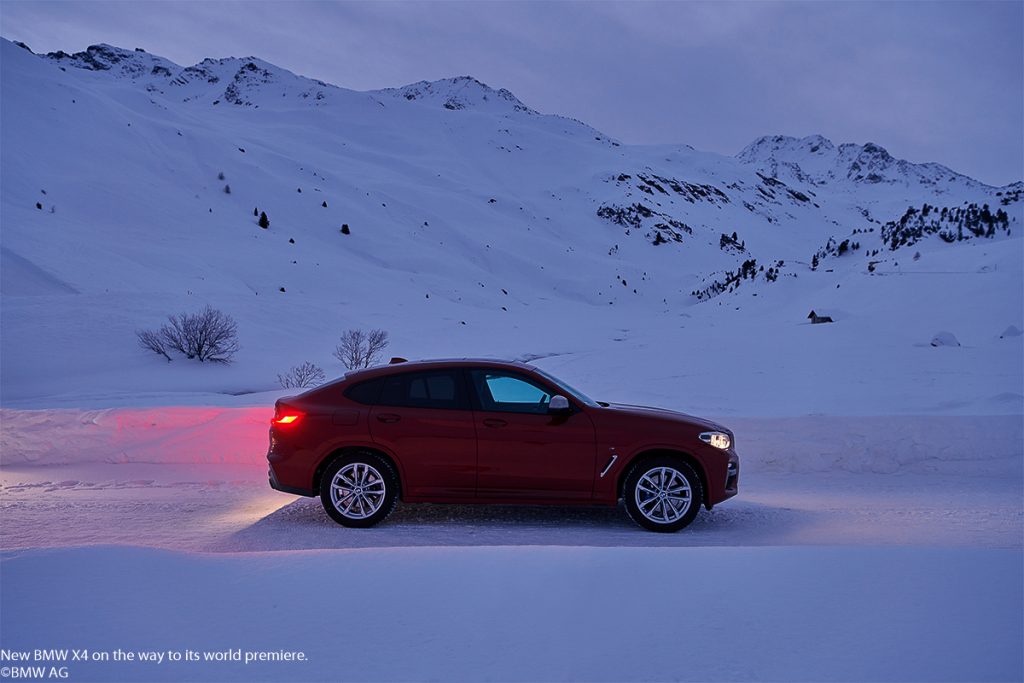