Hockenheim, 22 July –A possible win became an open wound. Come the end of a mad race, Scuderia Ferrari brought home a third place courtesy of Kimi Raikkinen. Seb Vettel started from pole and, having been the only driver to score points in every race so far this season, suffered his first retirement of the season, when he made a mistake in the rain at turn 13. It’s been a particularly difficult weekend, following the news about President Marchionne and the final result was a long way off what had been expected. But that’s racing and now we just have to fight back immediately from this black Sunday. 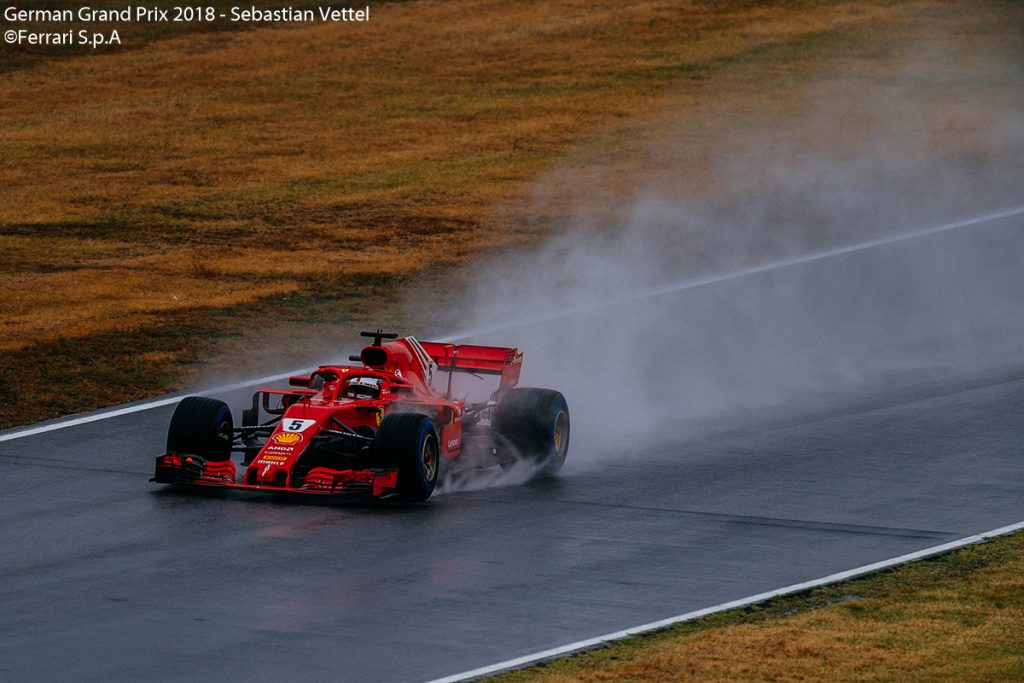 “In what was a particularly fraught weekend for the team, it would have been important for us to bring home the win and our car had shown it was up to the job. Unfortunately, things did not go as planned. Kimi drove a great race to make it to the podium. We now head off immediately for Hungary, determined to give it our best shot, just prior to the summer break.”

“It was pretty difficult out there today. Surprisingly, in some corners there was decent grip and in some others there was none at all; we could feel the rain especially in Turns 2 and 6. It was hard to tell when to slow down and where the grip was. Obviously, you had to make your decision before the braking zone, knowing that if it happens to be wetter than you expected, there’s not much you can do. It was not easy but we tried to make the best calls and I think we got it right. The most tricky moments were before the safety car came in; it felt like it was raining a lot, somehow we had some decent grip and suddenly quite bad grip. At one point I had a moment with some back-markers and unfortunately I lost second place. In many ways it could have been better today, but this is what we got. I think that we made the most of it, considering the situation.”

“There’s not much to say: I made a small mistake which had a huge impact on the result. I braked just a tiny bit too late for the corner, locked the front tires and then the rear ones, so that I couldn’t turn the car anymore. I think I had managed everything right before that. We had the pace and we had been in control of the race up to that point. It was my mistake, so I am disappointed, but I don’t think we still have to show what we can do. We’ve shown everywhere that we are competitive, so I am looking forward to Hungary next weekend.” 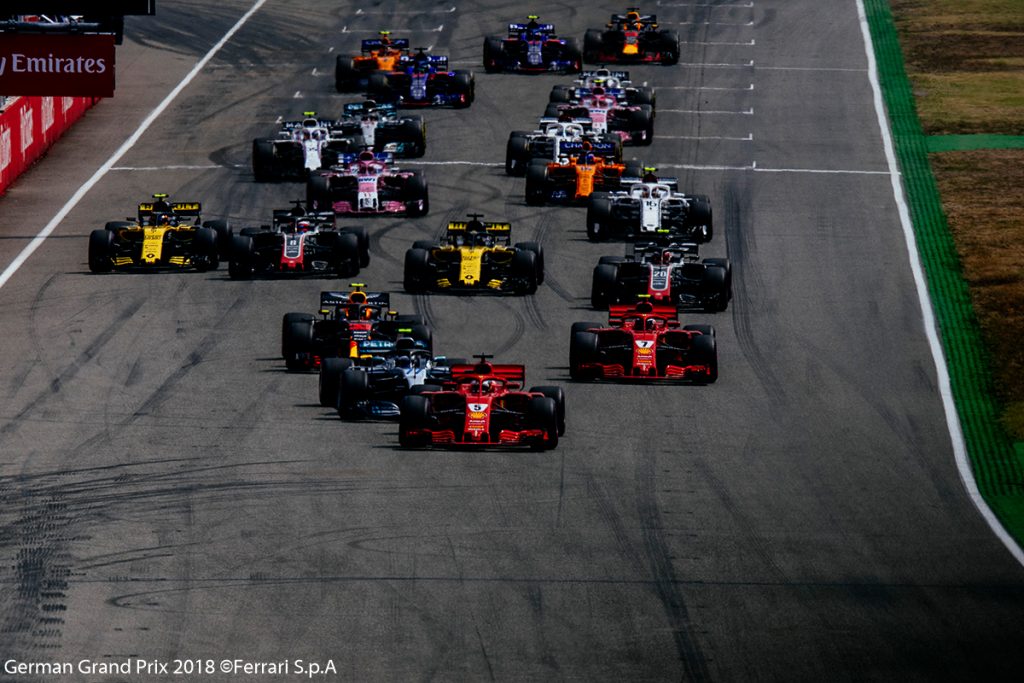 STORY OF THE RACE: Seb got away well from pole, as did Kimi from third. The number 5 Ferrari had the slenderest of leads, while the 7 car fought with Verstappen. Already, there were a few tiny drops of rain appearing on visors. The ideal strategy involved the lead car having an advantage of around 4 seconds or so, but everyone was having to keep an eye on the degradation on the Ultrasofts.

At the end of lap 14, Kimi pitted as scheduled. The Softs were ready for him and a small change was made to his front wing angle. He managed to rejoin ahead of Hamilton, who was working his way up from 14th on the grid.

Raikkonen immediately set the race fastest lap and was ready for a remote battle with Bottas who was yet to pit. Seb had a lead of 5” over Bottas and around 22 on Hamilton, the aim of getting out ahead of the Mercedes. With the Softs fitted, he managed it.

Bottas opted for the same compound, while Ricciardo stopped out on track. Ahead of the Ferrari duo, Verstappen pitted. 30 laps went by and Kimi set the fastest lap. But another factor came into play, as rain was predicted shortly after 4.

On lap 36, Seb was within DRS distance of his team-mate who had blistering on his rear tyres. As they were running different strategies there was no  point in an inter-family duel and on lap 39, Seb got ahead of KImi at the hairpin.

With 24 laps remaining, Hamilton switched to the Ultrasofts, clearly gambling on dry conditions. A few drops began to fall at turn 2 and a light shower hit turn 6. Seb confirmed on the radio that he could still stay out, but a piece came off his front wing. At the time, the data did not show any accompanying loss of downforce.

It looked as though for those opting for rain tyres, the gamble had not paid off, but the rain went and came so that the pit lane was also wet. Some cars spun, others tiptoed around. Backmarker Magnussen pushed Kimi off track and Bottas made the most of it.

And then Seb planted it in the barriers at the entry to the Motodrom. But we still had one car on track and there was no let up. The Safety Car came out and Kimi took the opportunity to pit for Ultrasofts. He was now third on fresher rubber, prior to the restart on lap 58.

Kimi had a ringside seat for the duel between the two Mercedes. There were 7 laps to go and the threat of rain returned. As for Seb, he had returned to the paddock, went to see the guys, hugged Maurizio and spoke with Riccardo, his race engineer, being a team player, even when things do not go as planned.