The World´s most Beautiful & Elegant Yacht Show, has just begun!

Set in the iconic Port Hercules in the principality of Monaco, the Monaco Yacht Show represents the pinnacle of luxury.

Each year, the MYS curates the exhibition of 125+ extraordinary one-off superyachts built by the world’s most respected shipyards and welcomes leaders fromthe yachting industry.In September, the yachting industry turns its focus exclusively to the MYS where 45 new launches are annually unveiled in a worldwide debut. 580 exhibiting companies and partners participate in the growing success of the MYS. 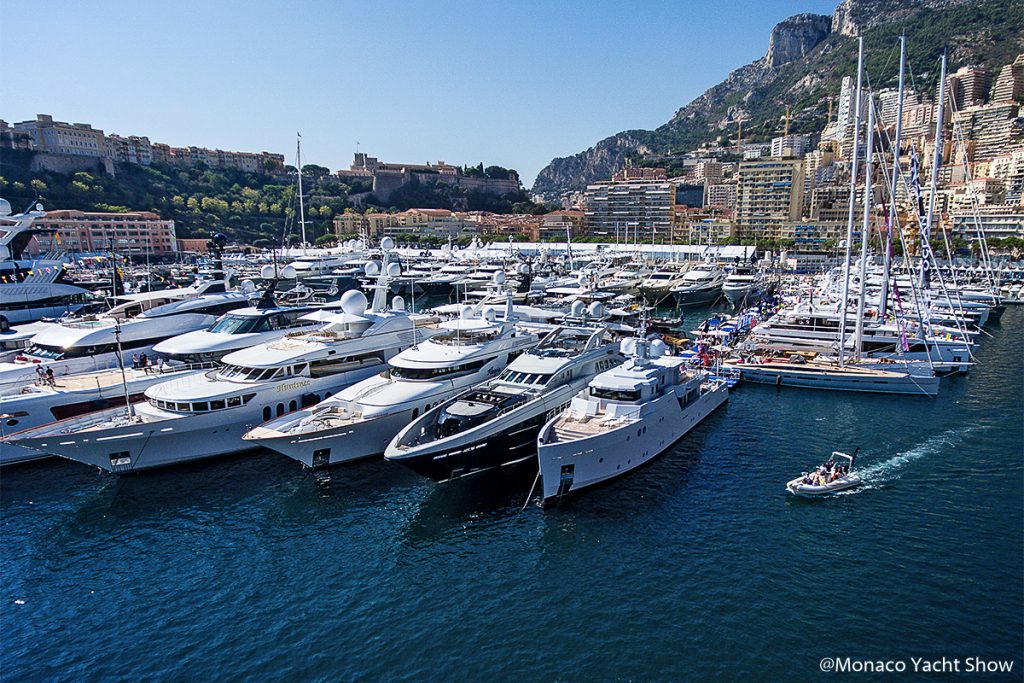 The MYS is the premiere luxury event worldwide where visitors can discover the greatest aspects of superyachting against the glamorous backdrop of Monaco.Since 1991, the MYS has gratefully benefitted from the recognition and the support of His Serene Highness Prince Albert II of Monaco.ss

Visitors to the 2017 Monaco Yacht Show will discover a brand-new exhibition area devoted entirely to the trendiest luxury tenders and water toys on the market.The Monaco Yacht Show is reorganising its exhibition layout with new thematic presentations devoted to the superyachting lifestyle.

The Car Deck, launched last year and relocated on the Quai Antoine 1er presents fifteen prestige vehicles, some of which are available to the Show’spremium clients for test drives.

Next to the Car Deck, the Tender & Toys exhibition displays the trendiest tenders and water toys. On dock and floating exhibitions, featuring about 30 brands / (15 on dock – 10 in water).

Located on Quai Albert 1er, Tenders & Toys displays fifteen or so tenders on two sites, one on the quay (in the extension of the Dutch HISWA pavilion) and the other on the water (opposite the Car Deck and the Starboard). Yacht owners, skippers and future clients are able to choose their tenders from among the variety of products on view in Tenders & Toys. A wide range of tenders exists, with different characteristics for different functions – transfer to a marina, beaching on a wilder coastline, a gentle jauntor a sportier outing – but the trend in the market is towards ever-larger boats offering performance and comfort equivalent to that of superyachts. 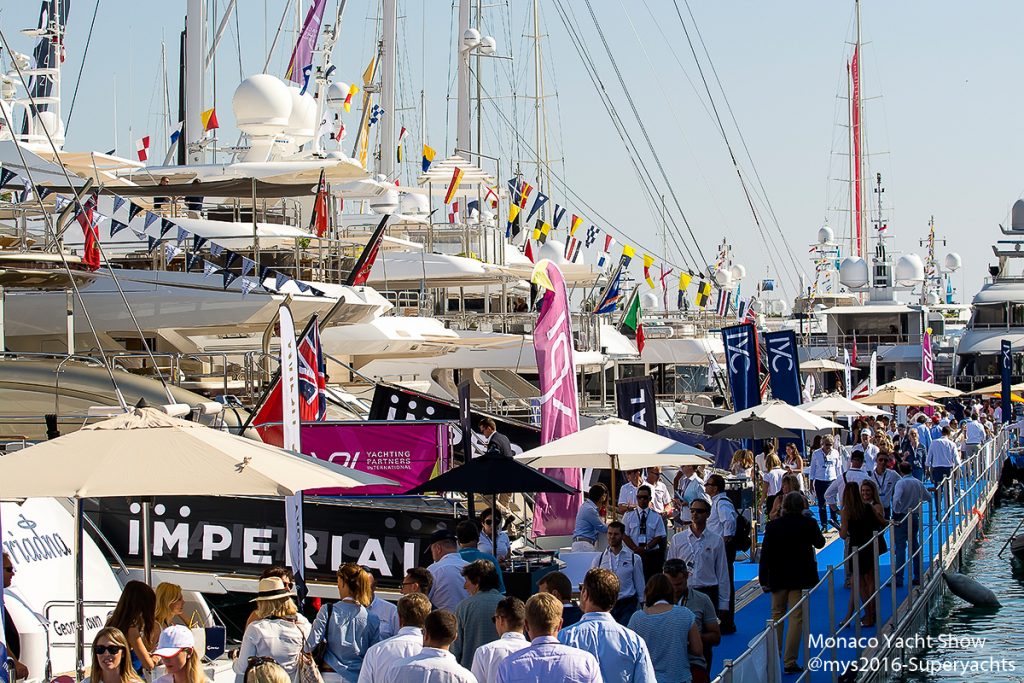 The Tenders & Toys thus raises the curtain on the elegant Mazu Yacht Thirtyeight, a 12m open launch for sea-going trips, or the latest Gozzo model from the Italian yard Apreamare, just introduced on 1 September. Maori Yachts launches its new 17m tender whose ingenious design and superb performance should fulfil even the wildest dreams of its clients.

Cox Marine is coming with its new diesel engine, already hailed as a genuine revolution with a range three times greater than the average for conventional petrol engines. For its first participation in the Monaco Yacht Show Compass Tenders, double prizewinner at the Showboats Design Awards, is highlighting its expertise in the manufacture to order of one-off tenders for superyachts.

As for water toys, Tenders & Toys presents in particular a sea-kart, the new all-carbon version of which is unveiled at the MYS, an electric surf board, and the very first underwater drone, along with a whole range of nautical accessories and inflatable structures for fun with friends or family. The new Tenders & Toys zone complements the range of tenders exhibited for some years already at the Quai Jarlan of the Monaco Yacht Show. 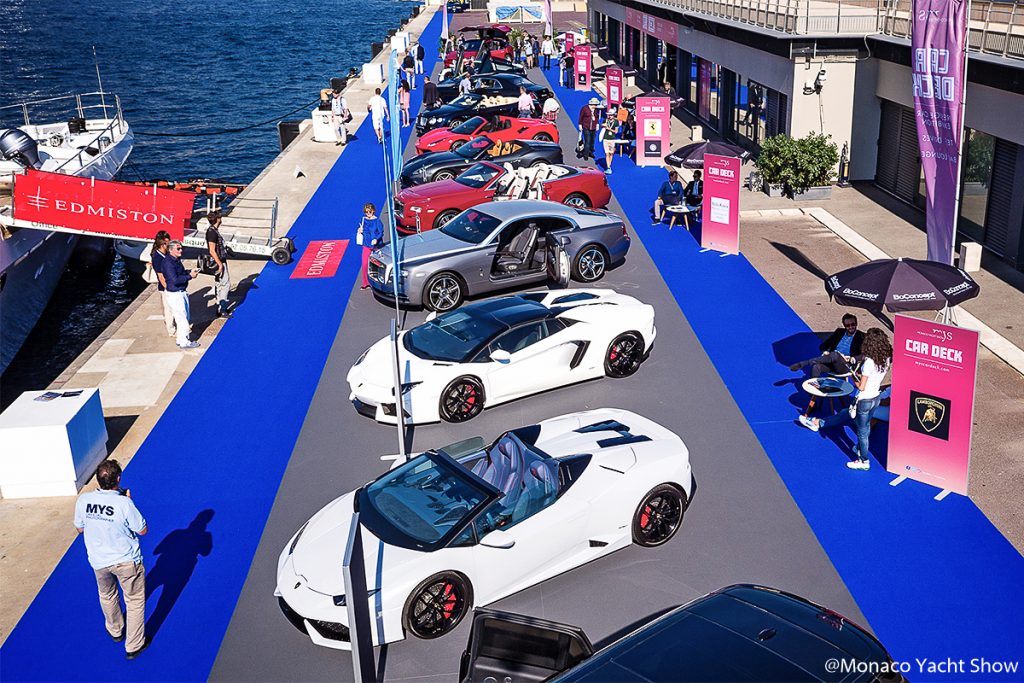 Set alongside the Show’s new Starboard lounge-exhibition area and the MYS Tenders & Toys, the Car Deck presents fifteen or so prestige vehicles, with some available for test drives by the Show’s premium clients.

The HN R200 car was inspired by the legendary sports car Škoda 200 RS.For its first year of participation at the Monaco Yacht Show, Gentleman Car exhibits the models Shelby Cobra 289 and Shelby Cobra 427.

Not to be misssed!

Deck Lounge – a professional environment with a touch of refined luxury.

The official Captains and Crew Lounge offers complimentary top-flight catering services for relishing the moments spent away from the bustling Show. The C&C Lounge welcomes all captains and crews of superyachts, either exhibited in the Port Hercules or berthed off the Monaco bay.

*for captains and crews of the MYS only

Large exhibition tent open towards the sea. Visitors and exhibitors extend their experience of visit with the display of top-of-the-range products and services related to the superyachting world and dedicated to the yachting clientele such as art and decoration. The Starboard supplies high-end facilities to enhance the attendees’ visit of the Show :

– A Restaurant with terrace / lounge 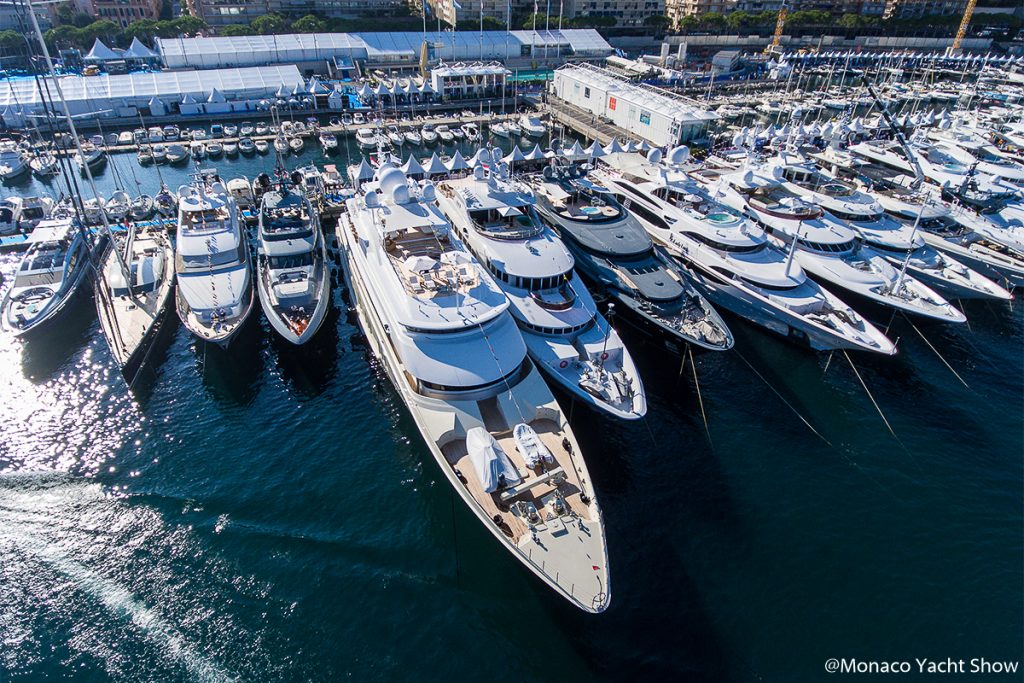 An Event of Superlatives!