Sweden’s Daniel Ryfa got his Challenger Cup campaign back on track on Sunday, earning his seventh career win under pressure at the first-ever Red Bull Air Race in France. But thousands of French fans lining the famous Croisette had a home hero to congratulate, as Baptiste Vignes nearly out-flew the Swede with a powerful second-place performance. And in third, Dario Costa claimed the first Red Bull Air Race podium of his career – and the first for his native Italy. 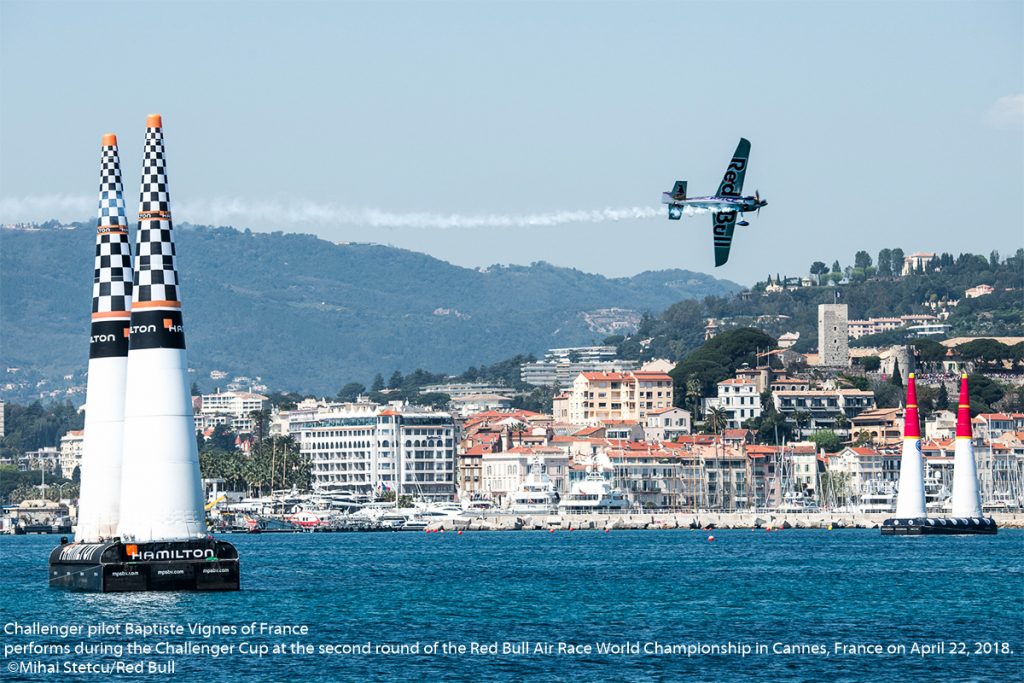 Cannes, France – While the Riviera skies were azur blue, breezes picked up on Sunday, giving the pilots of the second competition category of the Red Bull Air Race a tricky challenge on the technical racetrack. In his second season of competition, Vignes flew first and delivered a confident 1:04.858, a time that held up as the wind pushed the next three pilots into costly penalties. But the Italian Costa, in just the second race of his career, had the home crowd holding their breath as he blazed to faster sector times. When Costa too committed an error, it was all up to Ryfa. The most experienced pilot in the field, the Swede is keen to take his first Challenger Cup title, and after a fifth-place finish at February’s season opener, he could not afford a mistake. Flying cautiously at first, he was behind Vignes‘ times in the early splits, but surged ahead at the end to top his French rival by less than half a second.

“Oh man, it was very hard. At the last moment, there was a technical issue, and I had to change to an airplane I had never flown before, so it was a very tricky task,”

said Ryfa, who now holds the top of the 2018 Challenger Cup leaderboard.

“There’s such a short time to refocus and get calm, and then you have to decide whether you want to play it safe and collect the points or if you want to win. I decided I needed to win, and it worked out. So I’m very relieved, but it was difficult and a lot of pressure.”

Now in its fifth season, the Challenger Class is designed specifically to build on the existing expertise of talented pilots to develop the skills necessary for potential advancement to the World Championship ranks. Each Challenger Class pilot flies a minimum of four races throughout the eight-stop season. Also racing in Cannes was another French favorite, Mélanie Astles, who edged just over the G limit for a two-second penalty, as well as Patrick Davidson of South Africa and Daniel Genevey of Hungary. 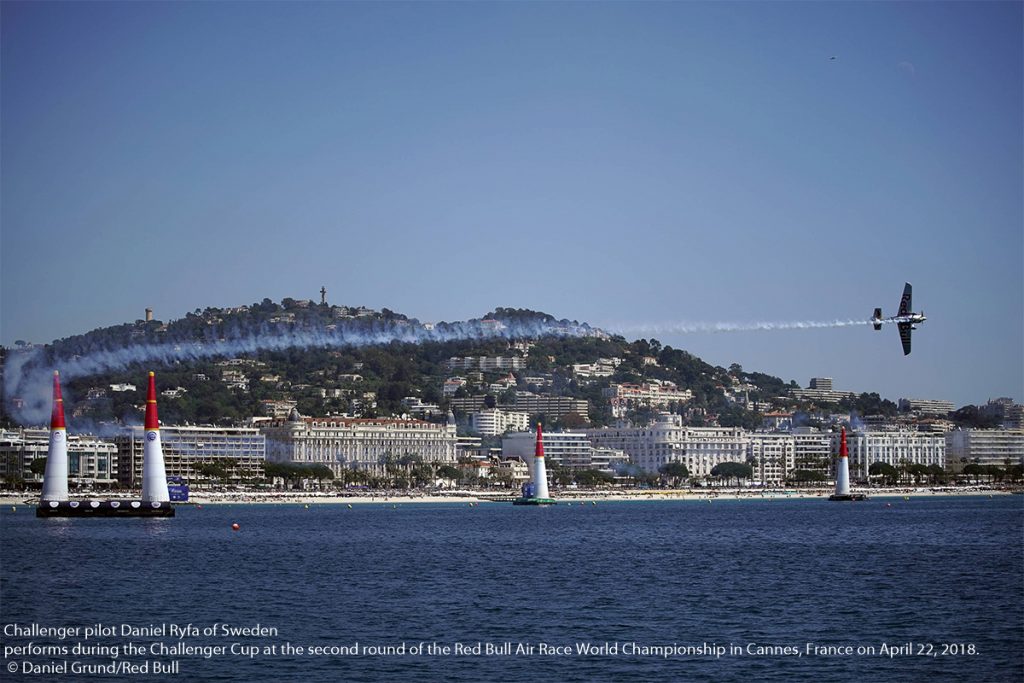 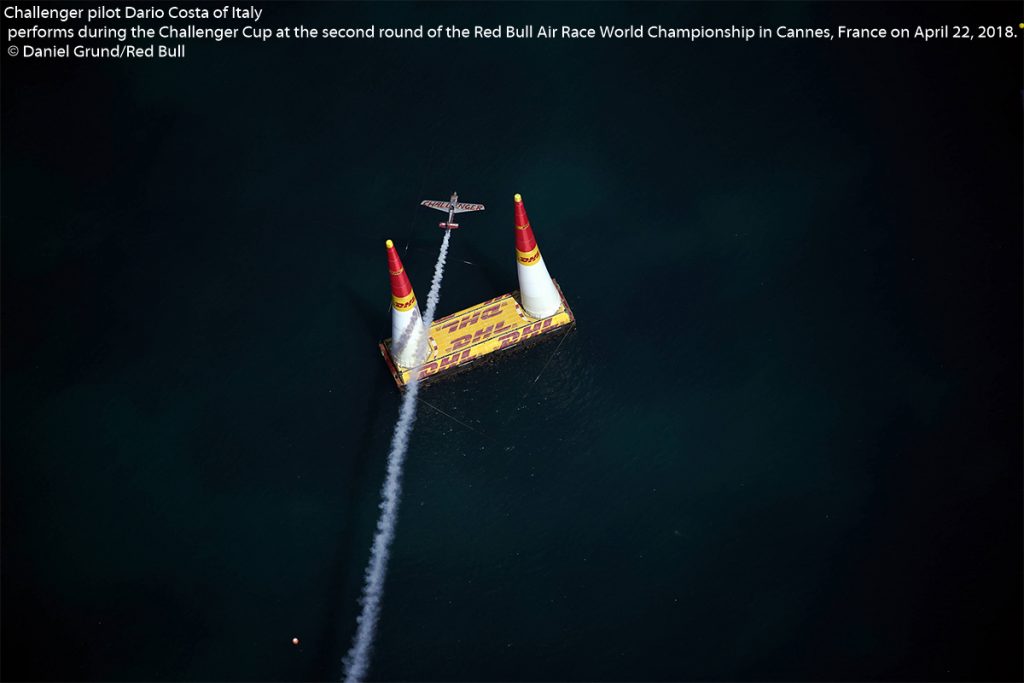 Created in 2003, the Red Bull Air Race World Championship has held more than 80 races around the globe. The Red Bull Air Race World Championship features the world’s best race pilots in a pure motorsport competition that combines speed, precision and skill. Using the fastest, most agile, lightweight racing planes, pilots hit speeds of 370kmh while enduring forces of up to 12G as they navigate a low-level slalom track marked by 25-meter-high, air-filled pylons. In 2014, the Challenger Cup was conceived to help the next generation of pilots develop the skills needed for potential advancement to the Master Class that vies for the World Championship.