The 370 kmh action of the first-ever Red Bull Air Race in France thrilled 83,500 spectators over a three-day weekend in Cannes, and top honors went to the Australian Matt Hall, who captured his first win since 2016. Matthias Dolderer from Germany finished second, and the USA’s Pilot Michael Goulian took third. With two different winners in two races, the rest of the eight-stop season is up for grabs. 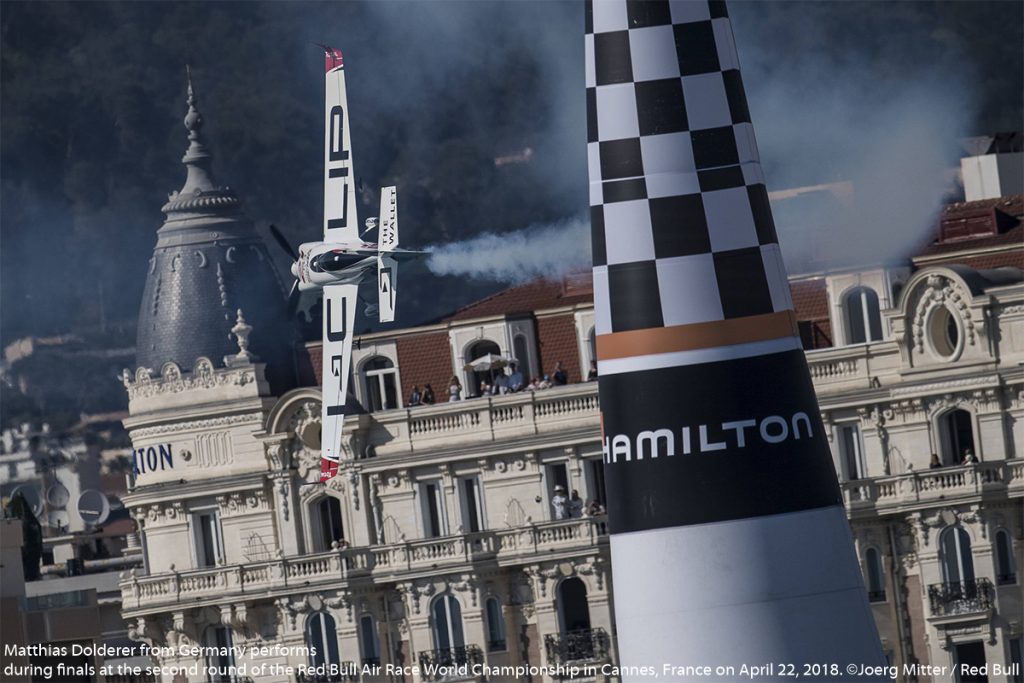 Cannes, France – The long-awaited premiere of the Red Bull Air Race in France sparked high drama over the Riviera. Looking for a return to the form that has twice made him runner-up in the World Championship, Hall flew first in the Final 4, clocking 57.692. The time held up when World Champion Yoshihide Muroya of Japan earned a two-second penalty and Dolderer finished 0.072 behind the Australian. But the shock of the round came when it was announced that Czech pilot Martin Šonka, who had apparently advanced to the Final 4, would in fact finish eighth due to evidence found after the end of the Round of 8: a technical infraction of exceeding the maximum RPM limit. As a result, it was 2018 World Championship leader Michael Goulian from the USA who leaped into his raceplane and concluded the final round, his third-place finish keeping him at the top of the overall leaderboard. 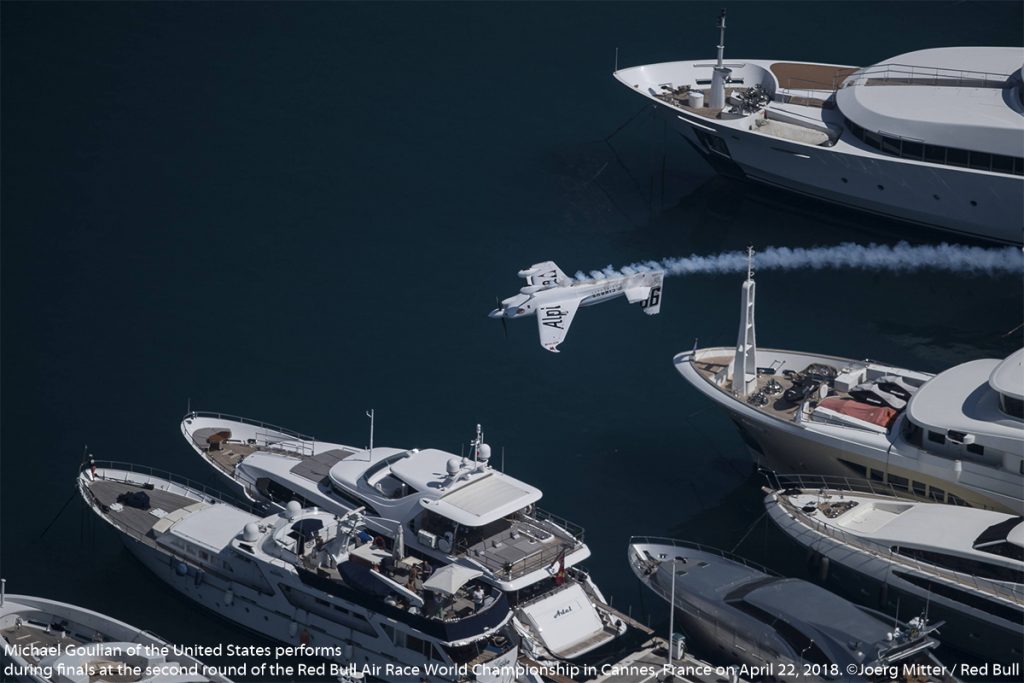 With the World Championship wide open, the next stop in Japan could be pivotal. Not only is it a pressure-filled home race for the defending titleholder Muroya in third overall, but Goulian has had his best start in more than nine seasons of racing. Plus, after a full year of improvements to a new raceplane, the Australian Hall is hungry to take the crown himself, and only three points separate him from the American leader. Dolderer, the 2016 World Champion, is chasing hard in fourth, and at fifth in the standings, Šonka will particularly feel he has something to prove after disqualifications in two consecutive races. 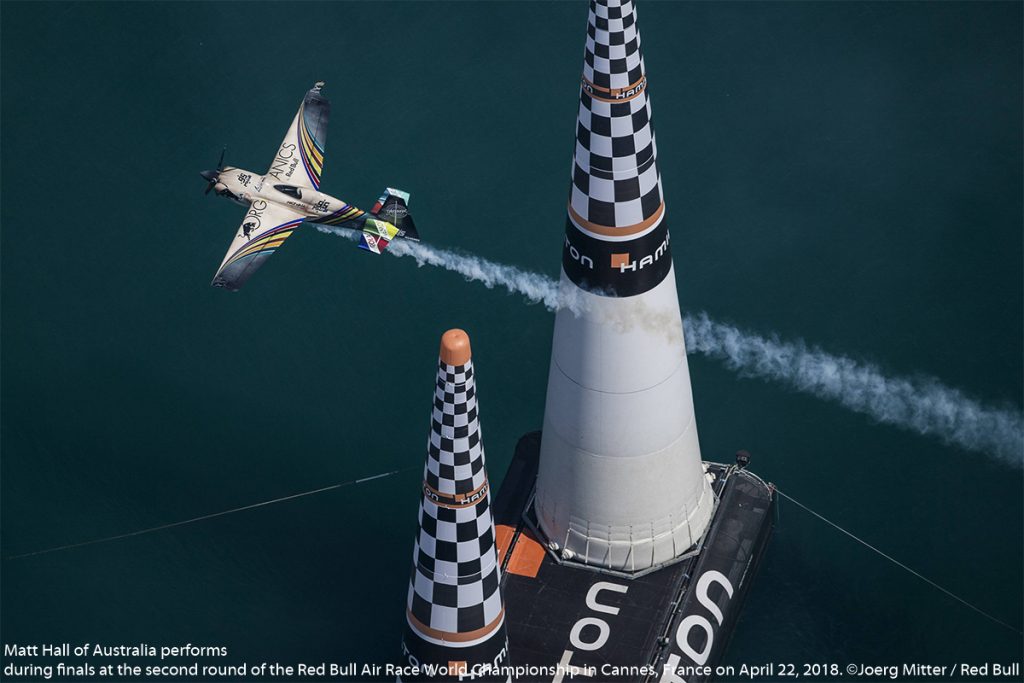 “It’s been a long, hard transition – a very steep climb – from our former MXS raceplane to our new Edge, but now with a new team, this new plane and a new sponsor, it feels awesome. We’re feeling set to make a run for the World Championship.”

Asia is next! The new dimension in motorsport races in Chiba, Japan, on 26-27 May, where ecstatic fans will welcome reigning World Champion Yoshihide Muroya for the first home stop since he captured the title in 2017. 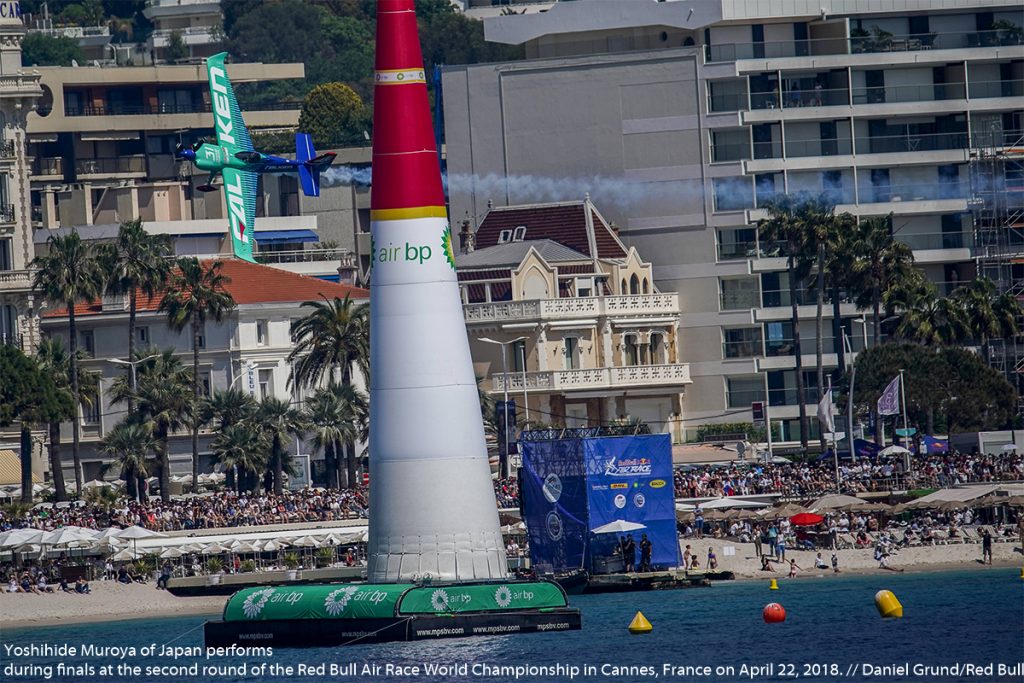 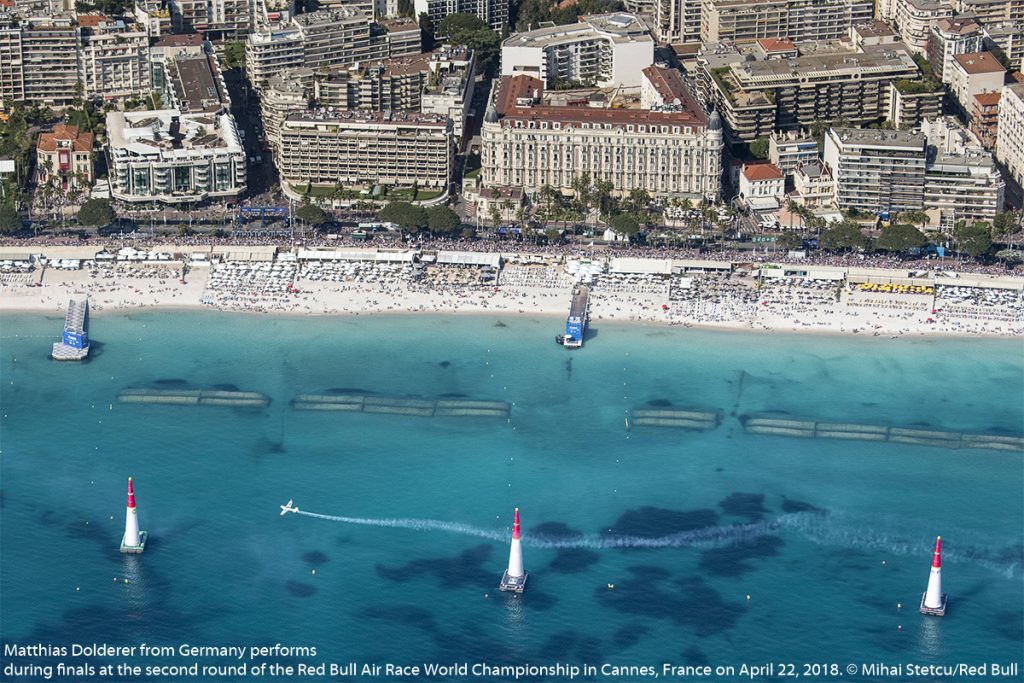 A Race of Superlatives!

Created in 2003, the Red Bull Air Race World Championship has held more than 80 races around the globe. The Red Bull Air Race World Championship features the world’s best race pilots in a pure motorsport competition that combines speed, precision and skill. Using the fastest, most agile, lightweight racing planes, pilots hit speeds of 370 kmh while enduring forces of up to 12G as they navigate a low-level slalom track marked by 25-meter-high, air-filled pylons. In 2014, the Challenger Cup was conceived to help the next generation of pilots develop the skills needed for potential advancement to the Master Class that vies for the World Championship.