Munich. The BMW Group have used the Concours d’Elegance at Pebble Beach to present its exciting new take on a BMW roadster. Dynamic, progressive and an irresistible purveyor of thrills, the BMW Concept Z4 boasts lithe and compact proportions, a dynamic silhouette and an emotionally appealing use of forms. The attention-grabbing design study offers a look ahead to the series-production version of the car set to be unveiled over the course of next year.

“The BMW Concept Z4 in an all-out driving machine,” said Adrian van Hooydonk, Senior Vice President BMW Group Design. “Stripping the car back to the bare essentials allows the driver to experience all the ingredients of motoring pleasure with supreme directness. This is total freedom on four wheels.”

A statement of unbridled driving pleasure.

The sporty and progressive BMW Concept Z4 encapsulates the BMW Group’s vision of a modern roadster. “The BMW Concept Z4 expresses the new BMW design language from all perspectives and in all details. From the dynamic-looking front to the striking flanks to the clean-cut tail end: a few lines and the subtle interplay between surfaces are enough to generate a sense of power and emotion,” adds van Hooydonk. 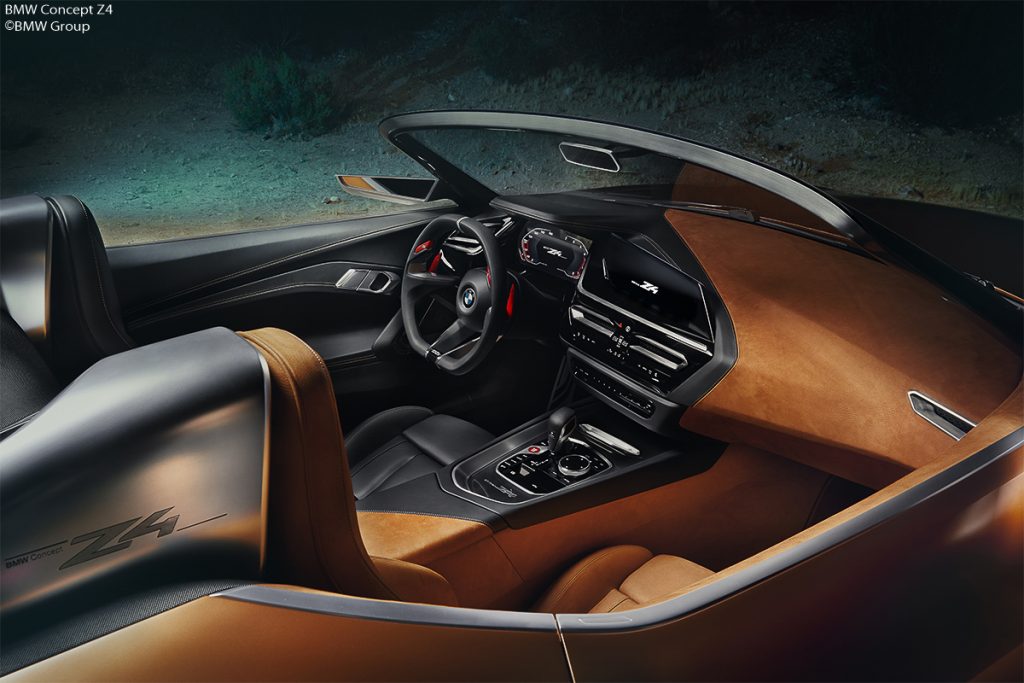 Athletic and eye-catching – the rear end.

The design of the BMW Concept Z4 likewise references details and qualities from BMW’s rich roadster tradition and updates them for the years ahead. The wide and low design of the rear picks up the lines of the car’s flanks and massages them into a modern rear of beguiling clarity in terms of surfaces and styling elements. The powerfully flared wheel arches give the car broad haunches, which are emphasised by the slim, L-shaped rear lights and therefore further enhance the car’s sporting stance. Above the rear lights, the boot lid – complete with prominent spoiler – stretches across to the burly wheel arch extensions, sending out a message of power-infused agility. Below, large air outlets in the rear apron create their own dynamic impression. The carbon-fibre diffuser adds a sporty and exclusive flourish and signs off the rear end at its lowest point to the road.

Exterior and interior in unison.

The BMW Concept Z4 adopts classical roadster design cues, such as a long wheelbase, a low-slung, stretched silhouette and a compact rear end, wraps them in a fresh, confident package and enriches them with the contemporary BMW design language. A shorter bonnet and crisp overhangs ensure the driver sits closer to the centre of the car than in previous BMW roadsters. This gives the new proportions a focused, sporty and agile feel. The outline of the car follows a distinct wedge shape, which fills the BMW Concept Z4 with dynamism before it even pulls away. The large domes stretching out rearwards from the cabin elegantly integrate the function of rollover bars and provide a sporting conclusion to the low-to-the-road silhouette at the rear. 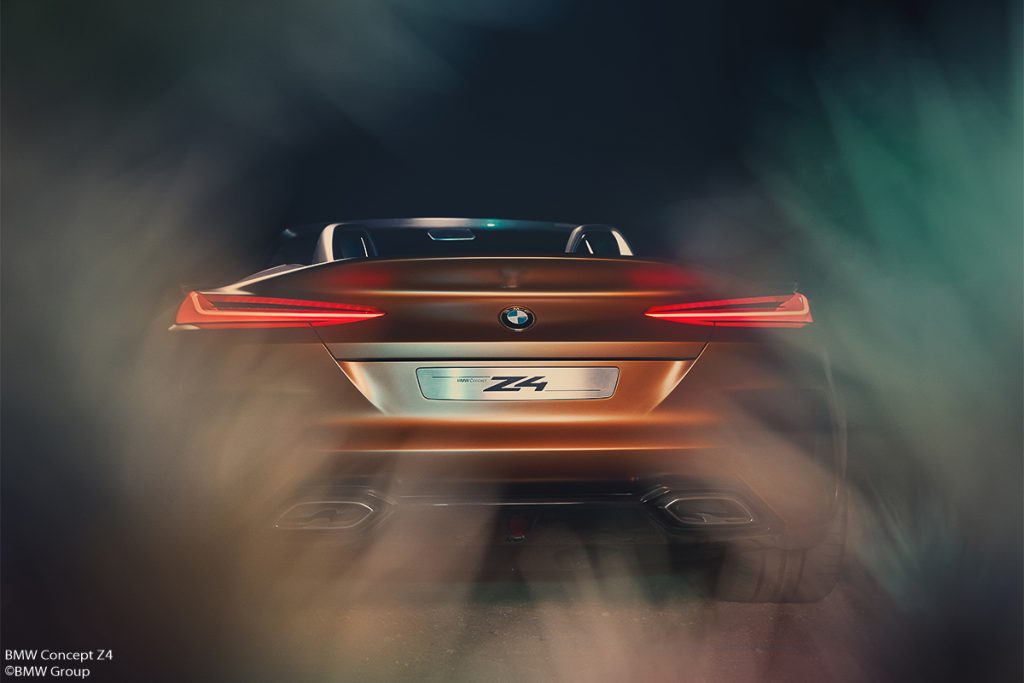 Be Aware of it!